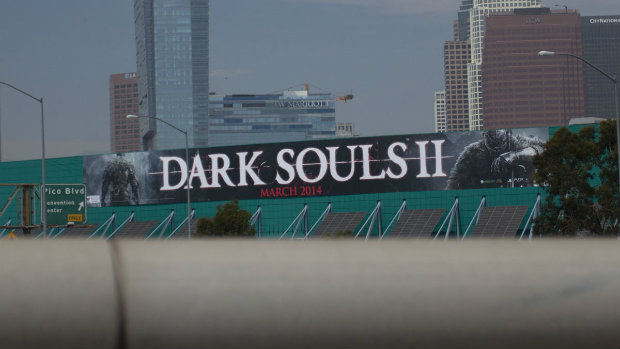 Dark Souls II will see release in March 2014, according to its E3 banner snapped by NeoGAF user Gribbix.

The banner still sports the Xbox 360 and PlayStation 3 logos in its bottom right corner, and leaves no indication of a next-generation release. March 2014 will presumably be a handful of months after the release of the Xbox One and PlayStation 4 — actual release dates pending — though it appears Dark Souls II will release as a late entry in the current-generation catalog.

Dark Souls II is being developed on PC, though, so anything’s possible.