No need to double dip

Love ’em or hate ’em, this is the generation of remakes. It seems as if remasters of the previous generation pop up more frequently than actual new games, but if said remasters actually end up funding new games rather than the coffers of executives, that can be a good thing.

The newest remake comes by way of From Software in the form of Dark Souls II: Scholar of the First Sin for a variety of different platforms. Unsurprisingly, it holds up as the core experience is fantastic, but it’s really hard to suggest buying Scholar unless you haven’t played the original in any shape or form. 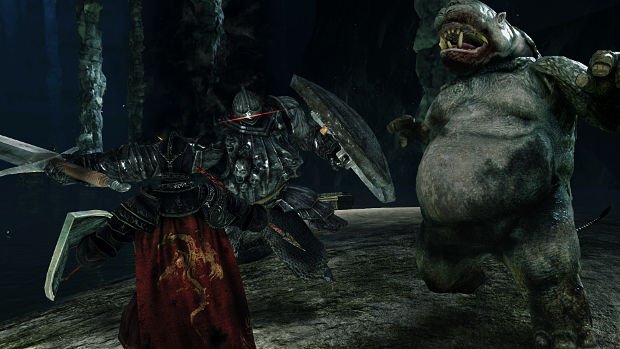 Scholar of the First Sin is basically a packaged version of Dark Souls II with all three DLCs, and a few other extras — some of which are coming to older platforms with a free update. Oh, and Bandai Namco is also selling the Scholar disc on said older platforms to add more SKUs into the mix, and don’t even get me started on the PC release. Still, I’ll do my best to explain everything as I go so you aren’t completely lost.

After starting up Scholar on PS4, the first big change was immediately apparent after entering the first few zones — the remixed placement of enemies. While casual fans may not notice this at all, I saw a few notable switcheroos, and they’re generally for the best. The starting area won’t have as many tougher enemies for instance, but the zone immediately following that will pay it back. Don’t think it’s inherently easier though, as it feels roughly the same, just with better pacing. It’s not enough to get excited about but it makes for a better experience.

Aldia, Scholar of the First Sin, is probably the other huge addition, a new NPC that pops up every now and then and can culminate in a boss fight if certain requirements are met. His character model not only fits the world but looks formidable, and the insertion of Aldia is fairly seamless into the core story, providing a bit more background on your main quest. Like the remixed placements he isn’t anything to write home about, but he basically serves as a fourth DLC, albeit without a new zone.

Other Scholar-specific additions on PC (DirectX 11), PS4, and Xbox One include a higher online player pool, and an upgrade to 1080p and 60 frames per second. The game is still noticeably dated, but the environments and backgrounds (see 3:00 here) are still as breathtaking as ever. On a more gameplay-related note, the frame rate was consistent, and it’s so buttery smooth that it just feels perfect — every attack is deliberate with no delay, even with tons of enemies on-screen. All action games should strive to be 60fps, period.

All my tests were done with the PS4 version of the game, and I’m told the Xbox One edition is identical (if I can get a copy to confirm this I will). It’s important to note though that nearly all of the non-graphical updates are coming to the previous-generation (360, PS3) in the form of a free update. But the way the PC version is being handled is as confusing as all hell.

On PC, you can opt for the DX9 or DX11 version. There’s a tiered pricing model that starts at $40 for the base DX9 game, or $50 for DX11. If you own the original and/or all the DLC you can get discounts ranging from $10 to $30. They even have separate Steam pages. So what’s the difference? The DX11 versions mirror Scholar on the PS4 and Xbox One, essentially offering a separate instance of the game with prettier style and enhanced online player pool — prior generation and DX9 users will not get that bonus bit. Still confused? Re-read these past few paragraphs until it sinks in.

If you’re coming off of Bloodborne and want more Souls, grabbing Dark Souls II: Scholar of the First Sin would be a great idea. The fact that all three add-ons are included ($25 in total with the Season Pass, hosting the Sunken, Old, and Ivory DLCs) is the icing on the cake. For everyone else, Scholar can barely be considered a remake or remaster of any kind, and you’re best served just downloading the free update on the copy you already own. 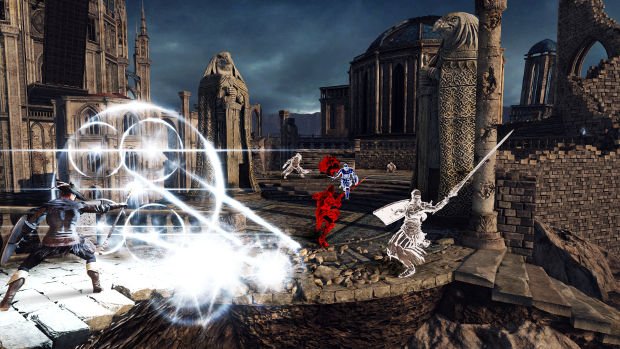 Any goodwill Scholar earns is mostly based off of the core game, but either way you slice it, playing it in some form is recommended. Thankfully, those older copies still exist, and will likely go down in price if you aren’t willing to pay Bandai Namco’s premium.