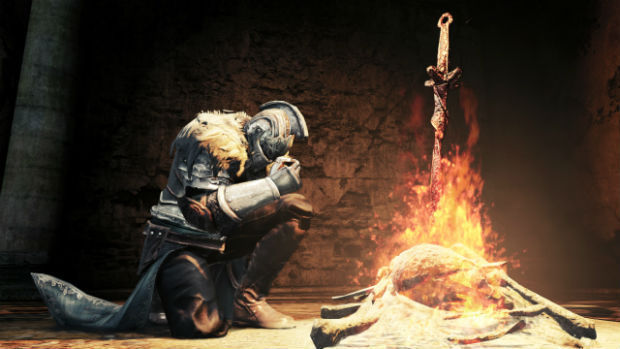 Well this is pretty surprising. Unless it’s a mistake, Dark Souls II has been given a “T” rating from the ESRB for “Blood and Gore, Mild Language, Partial Nudity, Violence”, whereas the first two games have been granted an “M.” It’s not a reason to freak out of course, as we’ll need to see the finished product to see if anything really makes a difference.

As for the actual listing, some of the explanations include, “Players use knives, swords, and arrows to defeat enemies. Combat is highlighted by cries of pain and small splashes of blood. The words ‘bastard’ and “pr*ck” can be heard in the dialogue.”

I highly suggest staying away from the full ESRB listing because they spoil a few bosses.