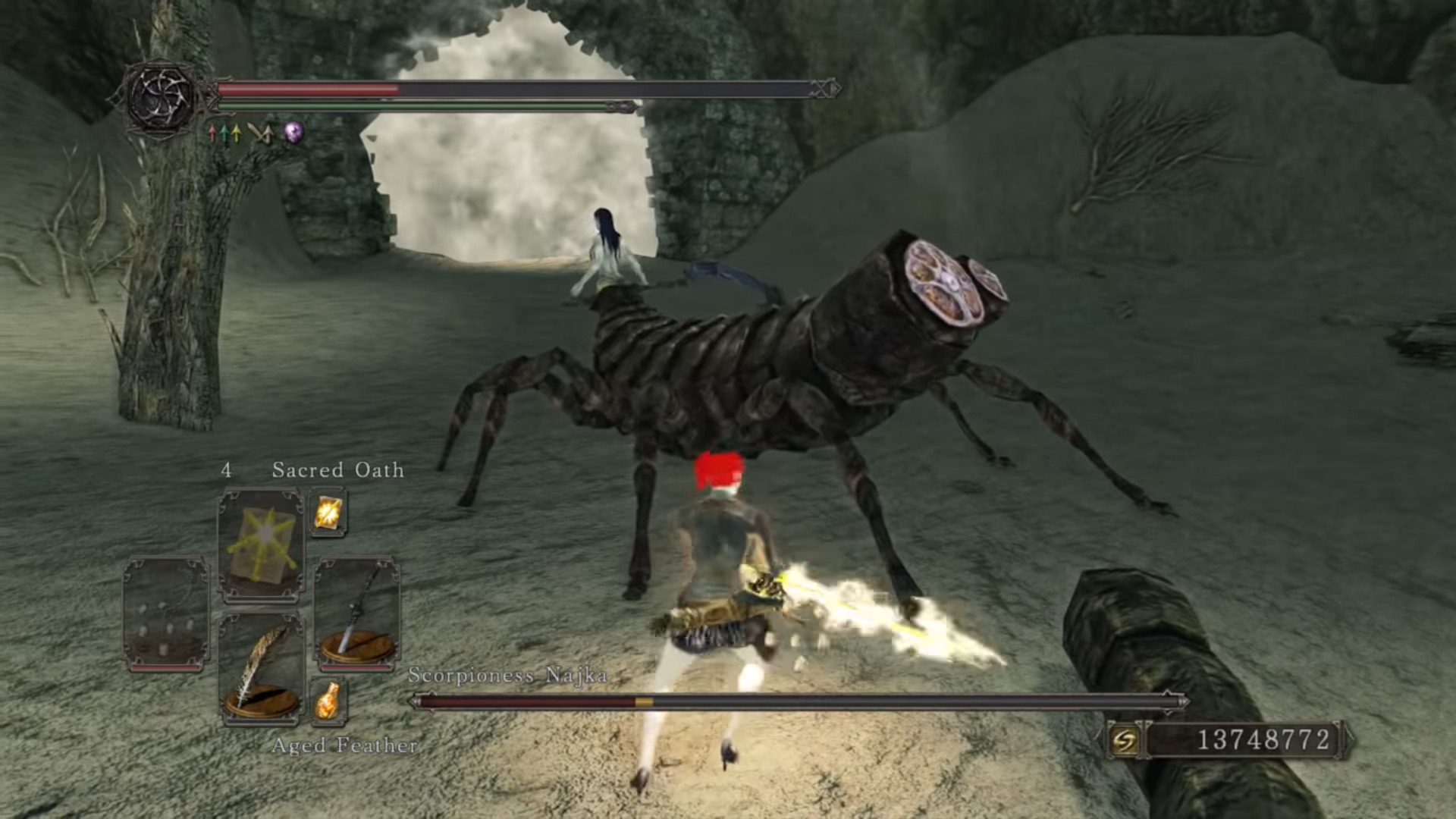 An excuse to talk about the black sheep again

The Algorithm works in mysterious ways. I don’t understand it, and I fear its impact on all of us, but sometimes, it delivers. The first video I caught this morning with my usual half-asleep coffee was this: a focused, no-frills look at Dark Souls II bosses with limbs and tails that can be lobbed off. Nothing more, nothing less, and I found that refreshing.

I can’t guarantee that it’ll entertain you — the video’s creator, Ray Dhimitri, summed it up as “just some more useless information for all of you” — but I’m willing to take that risk.

For all the times I’ve revisited Dark Souls II, I’m not sure I’ve consciously thought about the fact that, unlike Dark Souls, there aren’t weapon rewards for cutting off all these tails. I just innately did it. We’ve been conditioned to approach Souls bosses in a certain way, often with a fair bit of cheesy positioning, and when I see a tail, I start chopping.

The highlight of the video — aside from the final clip with the Ancient Dragon, which is my kinda wobbly physics jank — is probably The Rotten, who gets disarmed, literally.

If you’ve never sliced off the meaty lug’s arms, try doing it the next time you get a fresh run going in Dark Souls II. It’s an effective tactic, for one, and it’s also a way to secure another Pharros’ Lockstone. Remember all of those times you wasted Lockstones on objectively useless shit? Gosh, what a game. I mean that as a compliment and a criticism.

Did you know about all of these slice-and-dice opportunities? Either way, I love it when a game is totally willing to let players miss cool but ultimately rather meaningless moments. They end up feeling pretty special as a result. Collectively, they stick with us.

One last point to dwell on: I wouldn’t be mad if From Software had a Bonfire Ascetic equivalent in Elden Ring. There’s a deep well to draw from in Dark Souls II.