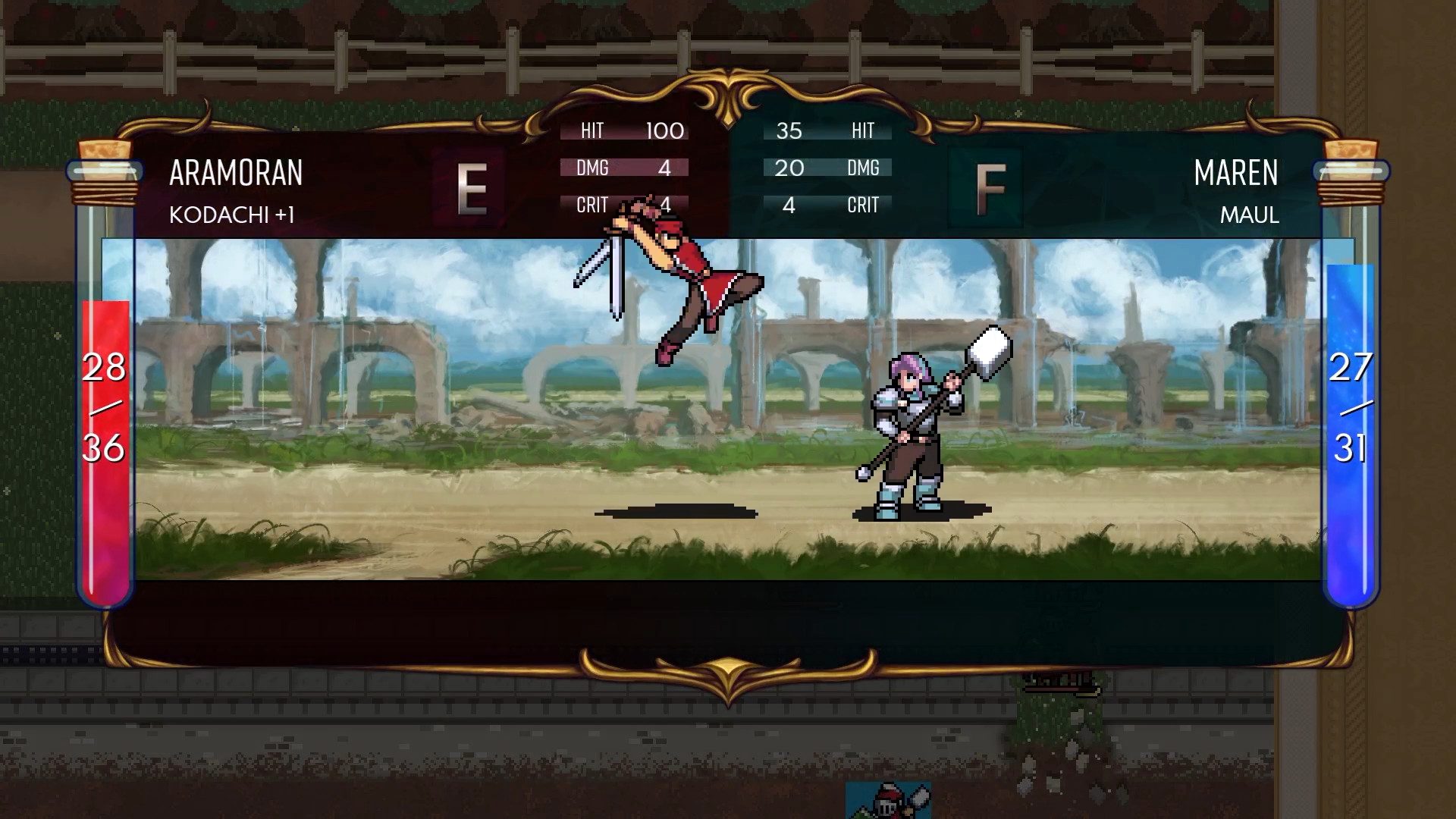 Reflecting back on the GBA days

As turn-based strategy games move into larger productions, it’s nice to look back on the art of the olden days. Dark Deity does just that, by drawing some obvious inspiration from tactical RPGs of old to make something new, and it’s coming to Nintendo Switch in 2022.

Announced during Gamescom 2021 last week, Dark Deity is currently available on Steam, as it surprise-launched earlier this year. But developer Sword & Axe and publisher Freedom Games has confirmed that next year, this strategy title will be coming to Nintendo’s handheld console.

Just watching some combat, you’ll likely be immediately reminded of the Game Boy Advance era of Fire Emblem games. The units have similar expressive movements, showcased in pixel art on a cut-in battlefield.

Dark Deity has some concepts of its own, though. It touts 50 unlockable classes, some added difficulty settings and a built-in randomizer, as well as a system called “Grave Wounds.” Rather than permanent death for any party members that fall in battle, the Grave Wounds system gives units permanent stat penalties when their health hits zero.

It reminds me a little of Wildermyth‘s method for handling character “death” in battle, and could open up some interesting opportunities for characters developing their own personalities over the course of the story. Plus, it looks like there are still support conversations and other mainstays of the genre too.

Dark Deity is currently sitting at a Mostly Positive aggregate on Steam as of this writing, so it’s probably worth keeping an eye on headed into the new year. Even though I absolutely loved Fire Emblem: Three Houses, I do sometimes get nostalgic for this series’ GBA era in particular. There was a look and feel to those games, and maybe Dark Deity can bring me back a bit when it hits Switch sometime in 2022.