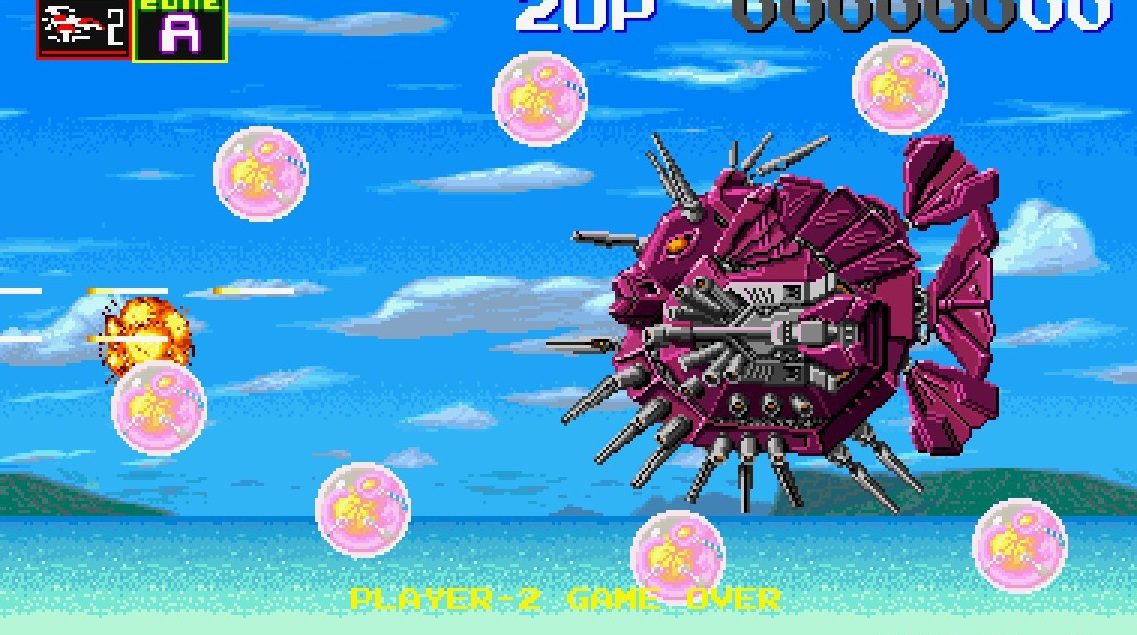 Taito and shmup-lovers M2 have announced that fab news that Darius Cozmic Collection Arcade Edition is getting set to launch on PC, bringing a bevy of awesome interstellar shooters to the Steam platform as soon as November 17. Pew Pew.

Redressing the balance somewhat, Darius Cozmic Collection Arcade Edition features three modes for each of the four games: an arcade-authentic “Old Version”, a fully rebalanced “New Versions”, and finally a much more challenging “Extra Version,” which include new waves, alternate enemy placements, and tougher boss battles. In addition, the PC port features a number of fantastic technical options, including Subwoofer support for ground-shaking bass lovers, and multiple monitor support, allowing for ultra-widescreen battles into infinity and beyond. Save states, practice options, and a variety of visual/audio filters are also featured.

The missing titles are certainly a shame, making the collection feel somewhat incomplete for enthusiasts but Darius Cozmic Collection Arcade Edition at least appears to be going all-in on delivering a dazzling and immersive arcade experience for each of the four included classics. The compendium jets off on PC via Steam November 17.