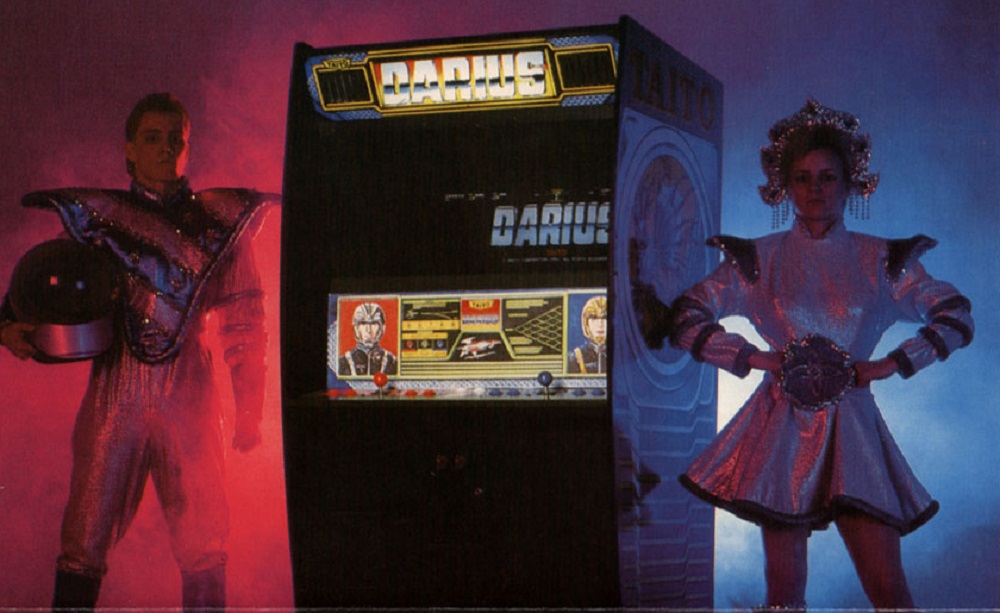 Following a string of relative obscurities, this week’s Arcade Archives entry is no stranger to any coin-op fan worth their weight in pocket-jingling quarters — Taito’s legendary shmup, Darius, is now available to download on Nintendo Switch via the eShop.

Released to arcades in 1987, before making its way to a slew of home platforms, Darius is one of the most recognizable and beloved franchises in the shmup genre, rendered iconic thanks to its dazzling visuals, exciting two-player action, typically great Taito soundtrack, and, famously, its enormous arcade cabinet, which sported a huge, three-screen panoramic display. Darius puts players in the cockpit of the mighty Silver Hawk space vessels, tasked with defending the titular planet from the Belsar Empire.

Check out the widescreen action in the video below, courtesy of YouTuber World of Longplays.

The incredible success of these arcade and home ports would see the franchise stamp its identity as one of the all-time shmup classics. Taito would release a sequel, Darius II, in 1989, and a remixed version of the original game, Darius Plus, in 1990. Since these halcyon days, the franchise has been visited multiple times in the form of various remasters, sequels, and spin-offs. The most recent iteration, Dariusburst: Chronicle Saviours, is available now on PS4 and PC. It is also worth noting that Darius, along with several follow-up releases, is also available via the two Darius Cozmic Collections.

Darius is available to download now on Nintendo Switch, priced at $8. It is already available on PS4.