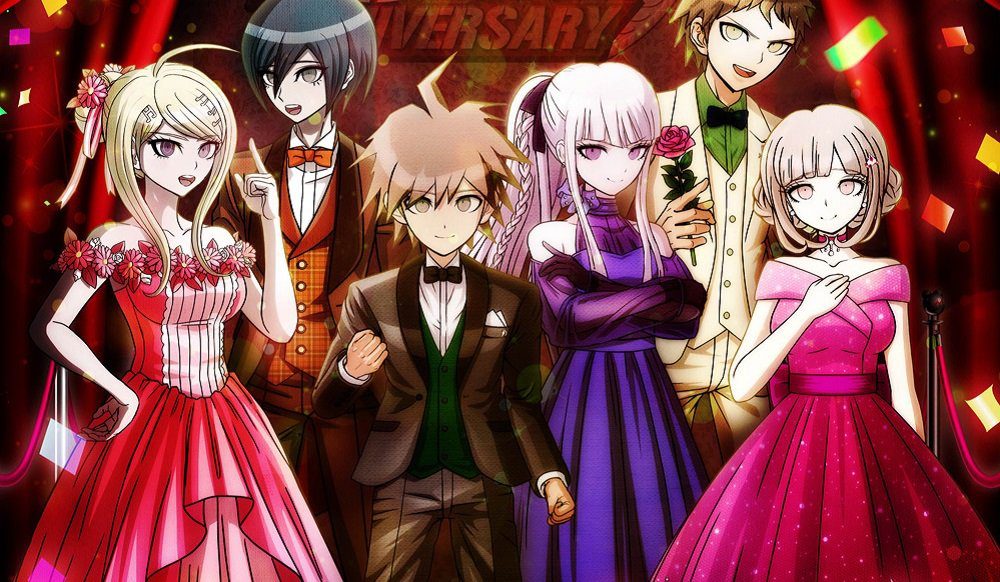 This year saw the wild, off-the-wall Danganronpa franchise celebrate its 10th anniversary. And Monokuma and friends certainly did so in style, with mobile remasters,  a fresh in-house publisher, and an excellent web series, shining the spotlights on the grisly-yet-gripping murder mystery anthology.

Spike Chunsoft isn’t quite done just yet, as pre-orders are now open on Danganronpa Decade, a lavish art compendium that reflects on every entry in the cult gaming franchise. Danganronpa Decade compiles several previously released tomes, housing a total of four titles and a whopping 1,500 pages of artwork, concept sketches, storyboards, and more – all pulled from the twisted minds of Danganronpa director Kazutaka Kodaka and series designer/artist Rui Komatsuzaki.

In addition to the reproduced artwork, each book features production notes, fan surveys, and developer interviews – though unfortunately Danganronpa Decade is only available in Japanese. If you want to pick up a copy for your own bookshelf, then pre-orders are open right now at various importers. Retailing for ¥18,700, or roughly $170 USD, Danganronpa Decade is admittedly quite expensive, but is certainly an opulent piece of merchandising for the dedicated Danganronpa fan.