Dance Central‘s Miss Aubrey wasn’t always the fiery redheaded know-it-all fans have come to know. In fact, she started as an “avant-garde, haute-couture influenced ballerina,” a far stretch from the snooty-but-talented rich girl we know today. Oh, and she was a blonde.

“We struggled with her initially,” says Dance Central senior writer Helen McWilliams. “There were ideas about her being this sort of pop princess or kind of like a Clueless-style valley girl, but the more we looked at her the more we wanted her to really be a much deeper character with a deeper personality.” 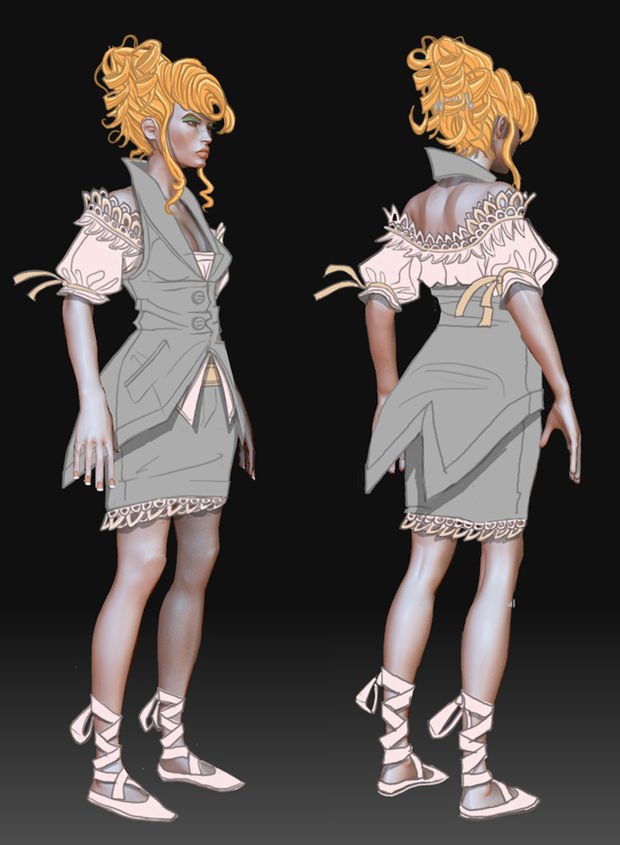 “Initially, she was very, very haughty,” adds lead character artist Matt Perlot. “We had her wearing these almost outlandish couture pieces that were mixes of business and ballet attire. She was more extreme.”

Ultimately, Aubrey ended up being one of the most conventional looking characters in the game. And while many fought to keep her blonde locks, Perlot made the final call, “partly inspired” by a wide-eyed, ginger Blythe doll that sits on his desk.

With Angel, on the other hand, the Dance Central team had a vision from the start and stuck through it. The smooth, Latin dancer was always thought of as the “V.I.P. type” from the start. 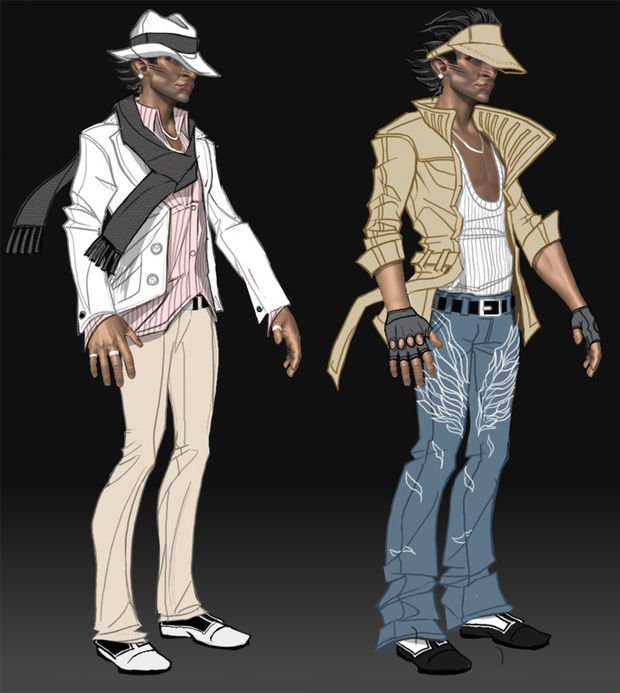 “He’s that guy you see at clubs who steps to the front of the line and goes inside to his reserved table,” says Perlot. “You know, everyone knows him.”

Everyone loves him, too — he’s suave, handsome, and while he acts tough on the outside, he’s all soft in the middle.

“He’s the guy who stays out all night at the club and then takes his grandmother to mass on Sunday,” explains McWilliams.

Nailing the look and the character wasn’t an issue — it was finding a voice actor that could bring the character to life that proved to the biggest concern. After auditioning dozens of actors, nothing felt right; it turned out their Angel was right in front of them the whole time.

“Every audition we ran, we found people forcing or faking these really weird artificial accents,” remembers McWilliams. “Marcos, our own [Dance Central] choreographer, ended up being the voice behind Angel.”

[For even more details on Angel and Aubrey, be sure to check out Harmonix’s official Dance Central blog later this week.]