IT GLOWS, YOU GUYS

I recently started collecting some vinyl from games and movies I enjoy (judge me as you will), and I’m having fun with it. But it ain’t a cheap hobby by a long shot! Recently I was able to snag that fancy Hotline Miami 2 vinyl, and hoo doggy did I get sick of ramen that week. Now iam8bit is trying to send me further in the red with two limited-release glow-in-the-dark Ori and the Blind Forest LPs.

Yes, I’m a sucker for wanting a thing because it glows. But it was also a damn good soundtrack! There are only 500 glowy editions and will cost $50, and the standard one is blue/purple running you $35. The two 180-gram vinyl will also feature art from Aya Kakeda and come with a digital soundtrack code. Pre-orders open April 29, 9:00am PDT, with an estimated release of Q3 2016. 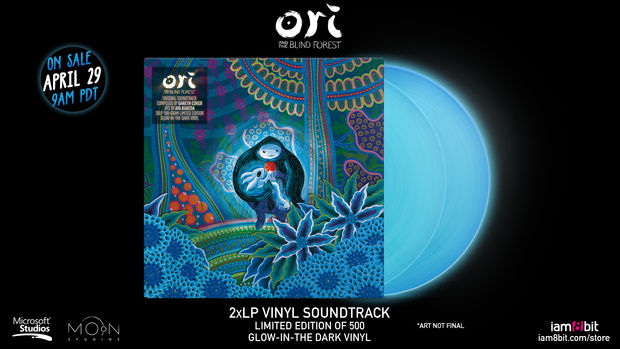