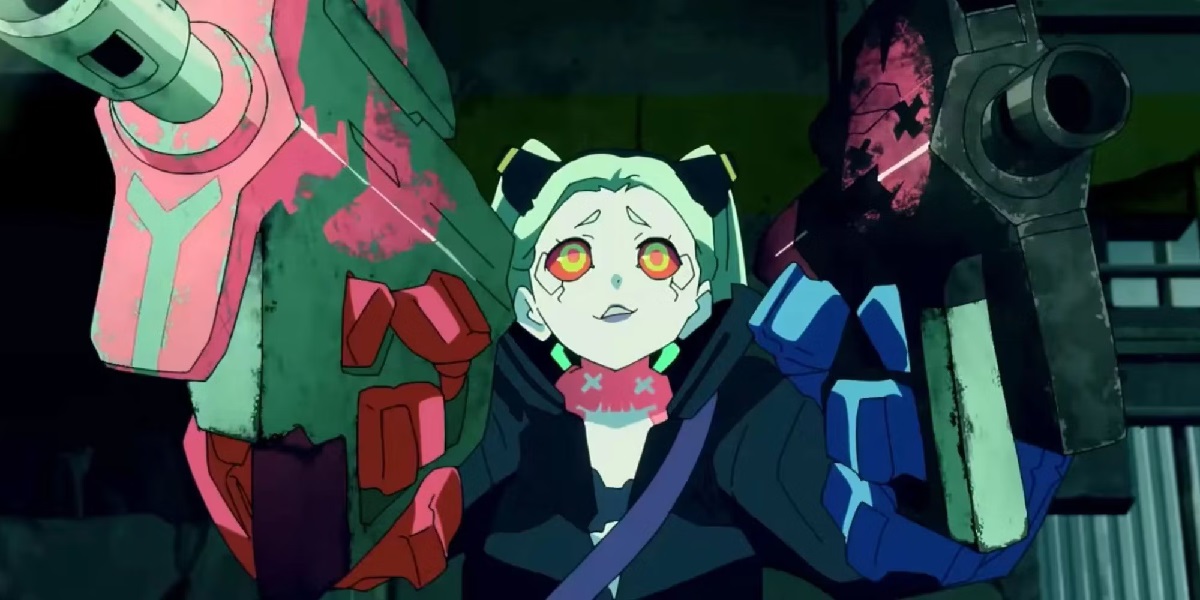 While CD Projekt RED’s sci-fi epic Cyberpunk 2077 had something of an inauspicious launch, (to put it lightly), the same cannot be said for its animated spin-off Cyberpunk: Edgerunners, which launched to immediate praise from critics and audiences upon its release to streaming service Netflix.

However, despite the fans’ instant love for its dazzling Day-Glo visuals, nihilistic aesthetic, and manic breakout star, Rebecca, it seems that further adventures of David Martinez and his anarchic army are unlikely.  In an interview with Japanese publication Famitsu, CDPR district manager Satoru Honma acknowledged the success of the Studio Trigger-produced series, but noted that there are currently no plans to extend its now-told tale.

“I personally would like to continue to work with Japanese studios to produce more anime in the future, partly because we have received very good feedback,” said Honma (translation via VGC). “However, just to be clear, Cyberpunk: Edgerunners was planned as a standalone work, so there’s no such thing as ‘we are actually working on Season 2 in the background’.”

Honma notes that while it is not impossible that further Cyberpunk 2077 anime may be produced, it is just as likely that it would feature a separate standalone story set against the neon-stained backdrop of Night City, rather than a continuation of the characters and events featured in Cyberpunk: Edgerunners. There is clearly much to be explored in the Cyberpunk 2077 universe, and while we should never say never in this highly lucrative world of media streaming, it is possible that the Edgerunners’ chronicle has reached its clear conclusion… No more Rebecca? Don’t tell the internets.

Cyberpunk: Edgerunners is available to stream now on Netflix. Cyberpunk 2077, which has received a new lease of life in the wake of the show’s success, is available now on PlayStation, PC, and Xbox platforms.