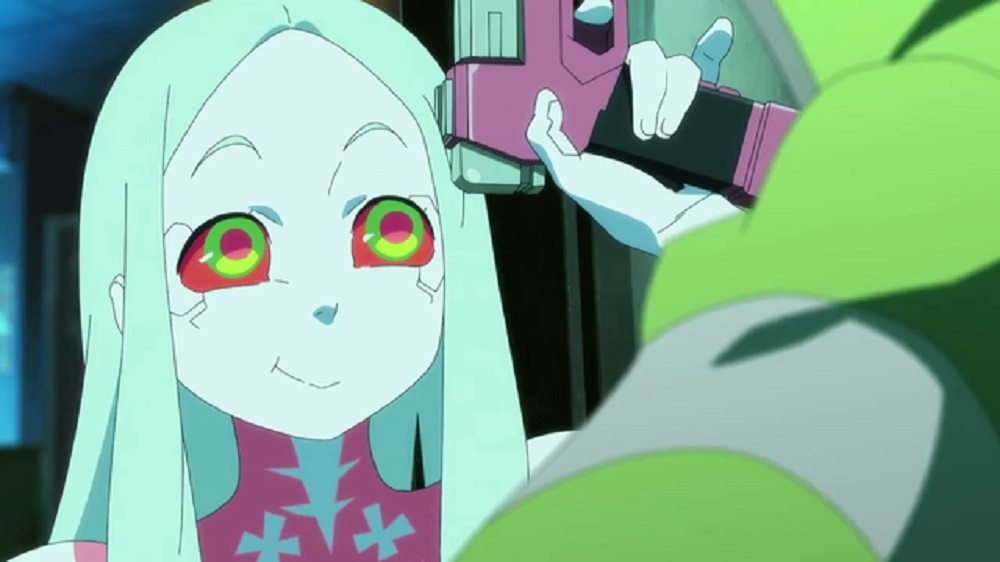 In a quarterly earnings call held yesterday, Polish studio CD Projekt RED noted that it would be looking into more opportunities “in the transmedia space” following the smash success of Netflix anime series Cyberpunk: Edgerunners — an animated adaptation of the developer’s hi-tech RPG Cyberpunk 2077.

While CDPR has already noted that it does not have plans to produce a second season of the flashy ‘n’ savvy series, the studio has been made very aware of the lucrative and creative potential of such projects, and, as reported by VGC, has made clear that it will be looking into similar adaptations in the future — be it through film, animation, and/or streaming series.

Premiering in September of this year, Cyberpunk: Edgerunners offered up 10 episodes of rebellious, electric action, winning over fans with its flashy visuals, futuristic vistas, and gun-toting breakout star, Rebecca. The success of Edgerunners is hardly teaching CDPR any new lessons, given the global praise heaped upon The Witcher — another Netflix production that resides within CDPR’s big book of brands.

The success of Cyberpunk: Edgerunners is another example of modern media’s creeping realization that adaptation and crossover is a far easier route to the Big Bucks than creating a fresh universe from scratch. You already have the world and its “rules” laid out for you, and you even a potential crossover audience from the get-go. Fans of a brand in one form of media are often given to swiftly switching over to another, and vice versa. As such, we can expect to see many more examples of this in the continuing era of digital entertainment.