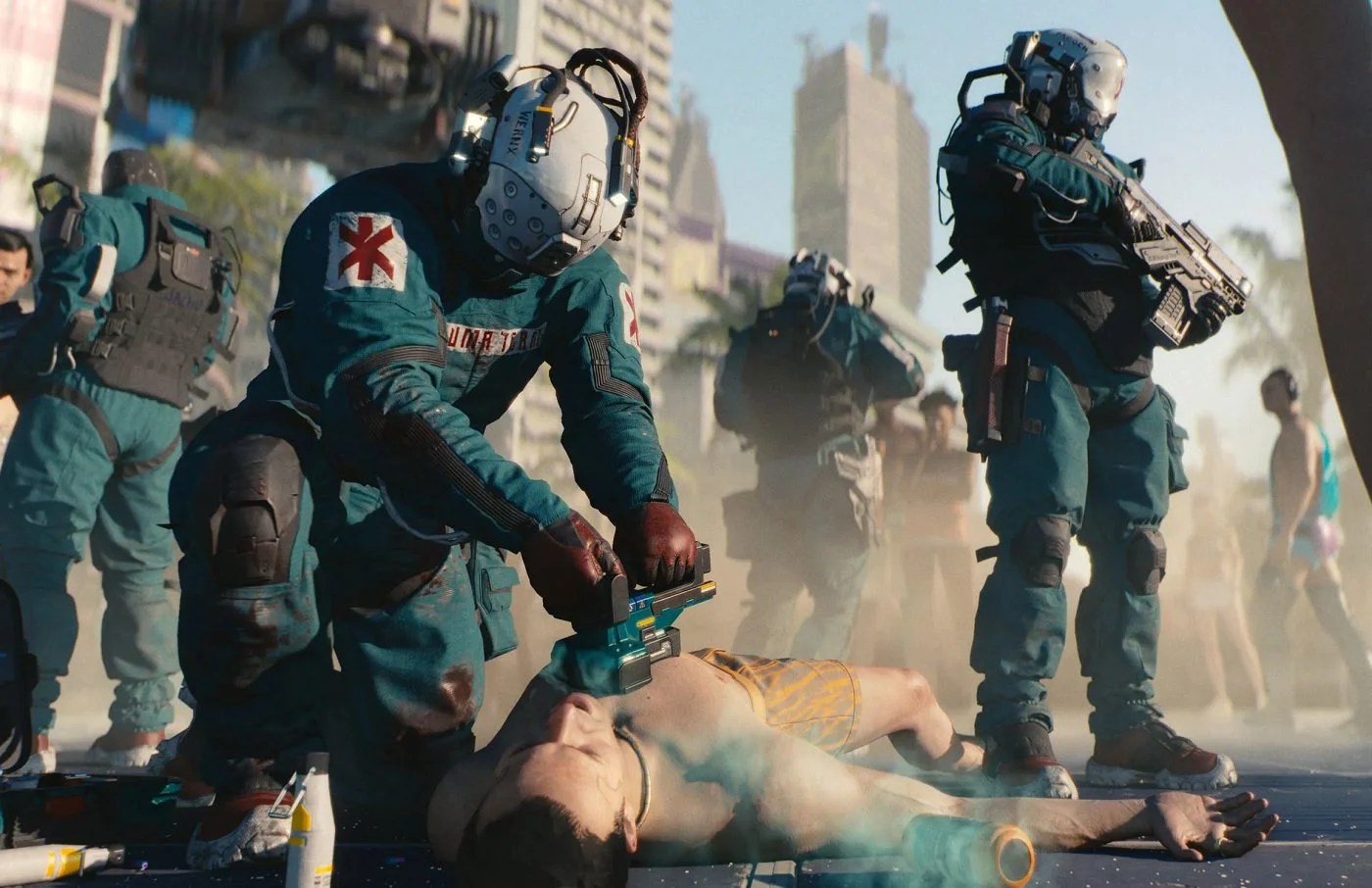 Update 1.52 now live on all platforms

CDPR continues on its quest to iron out all remaining bugs and glitches as they pertain to its blockbuster action-RPG Cyberpunk 2077. A new update, which is live right now on all platforms, brings with it a fresh run of visual tweaks, specific quest issues, U.I. problems, and some general bug fixes.

Among the fixes listed for Update 1.52 are repaired and restored animations, the removal of magically spawning car wrecks, better auto-location for summoned vehicles, further stability for PlayStation save files, and a slew of minor tweaks for the recently launched PS5 edition.

I think my two personal favorite entries from this update are “Walking into a wall in the elevator in Megabuilding H8 will no longer cause instant death.” and “Suicidal Corpos in Corpo Plaza will no longer stand up after the fall”. The former, in particular, reminds me of a bug in Techland’s Dead Island where my character once died immediately after kicking a beach ball… But I digress.

You can check out the full patch notes over on the official website.

Cyberpunk 2077 is available now on PlayStation, PC, and Xbox platforms.