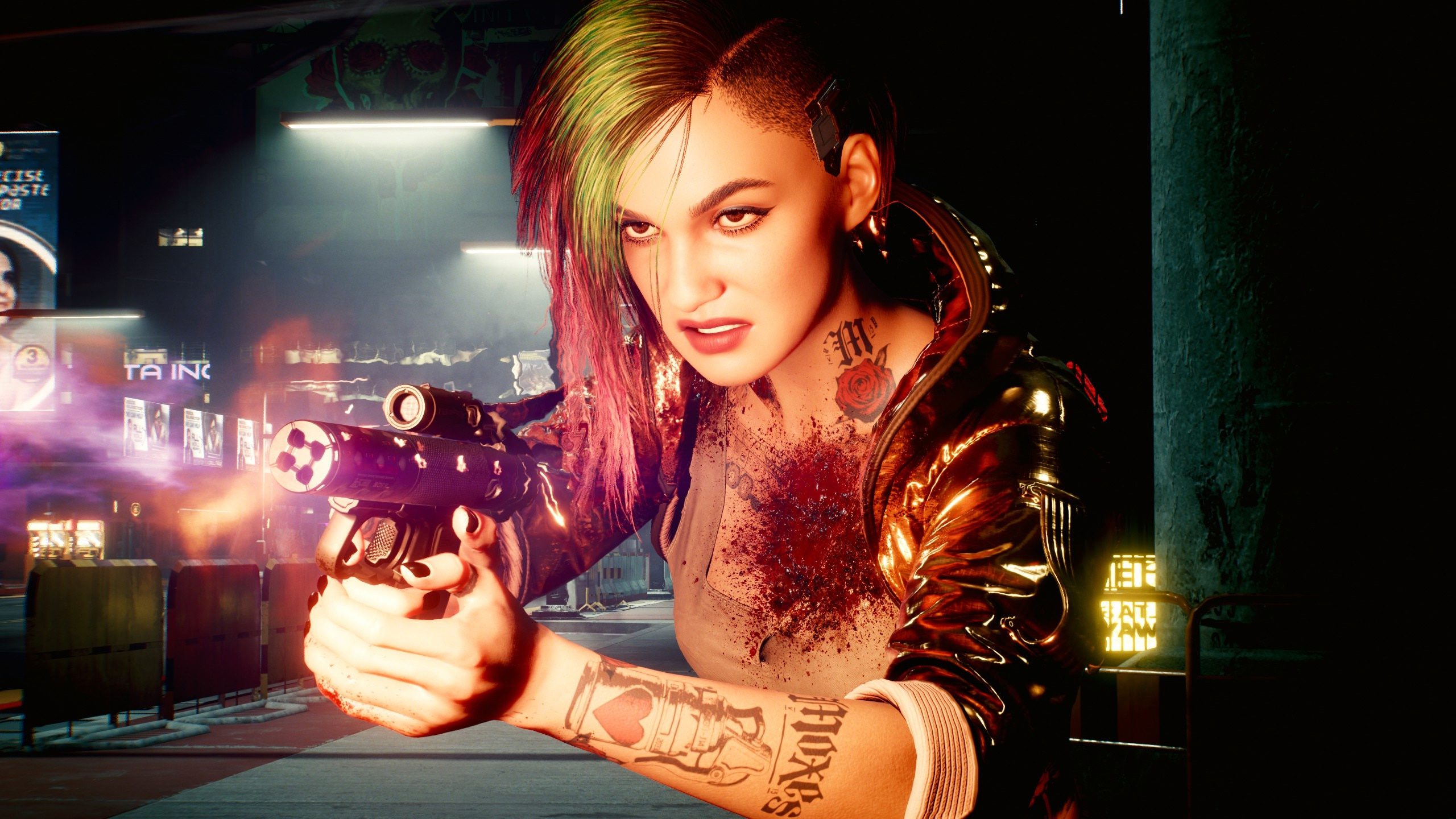 Feel the effects of all that chrome

If you’ve ever wanted to experience cyberpsychosis inside the world of Cyberpunk 2077, now there’s a mod for that. A new Cyberpunk 2077 mod adds a new meter that can, potentially, lead to V going cyberpsycho.

A mod developed by NexusMods user djkovrik called “Wannabe Edgerunner” adds a Humanity stat, much like one in the original tabletop Cyberpunk. This stat changes depending on things like installed cyberware, Berserk mode and Sandevistan usage, and kills. 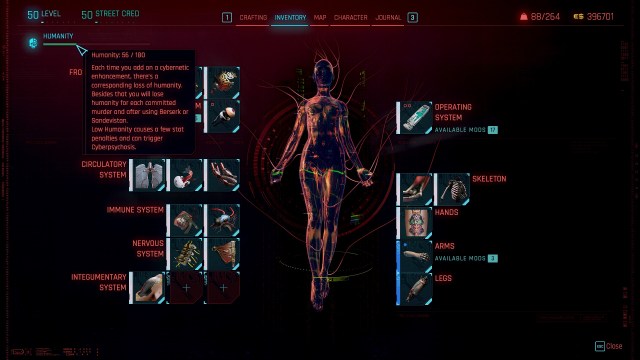 At different thresholds, V will start to experience different effects. Glitches, at first. But then visual glitches, a critical chance debuff, and finally cyberpsychosis. While this gives the player a nice set of buffs, it also insta-spawns the police if you’re in public.

To balance it out, this mod also adds Neuroblockers. You can buy them at Ripperdocs and use them to remove side-effects and freeze Humanity point loss while active.

Running to the edge

Cyberpsychosis has been a mechanic dating back to the Cyberpunk tabletop RPGs from Mike Pondsmith and R. Talsorian Games. And it actually ends up being a pretty significant piece of the recent Cyberpunk: Edgerunners anime, as a looming threat over the increasingly chromed-out runners.

While Edgerunners features it, CD Projekt Red’s Cyberpunk 2077 took a different route with it. While cyberpsychos are a recurring side-quest the player can complete, the player character V never runs the risk of cyberpsychosis. Granted, V has some larger problems, like the Johnny Silverhand engram stuck in their head. Pondsmith has also publicly discussed how cyberpsychosis affects characters like Edgerunner‘s David and 2077‘s V a bit differently than most.

But if you’re aching to see some really wild cyberpsycho effects for yourself, this mod seems like it will do the trick. Cyberpunk 2077 PC players can pick it up on NexusMods here. And check out some other mods, inspired by the popular Edgerunners series, in our round-up here.