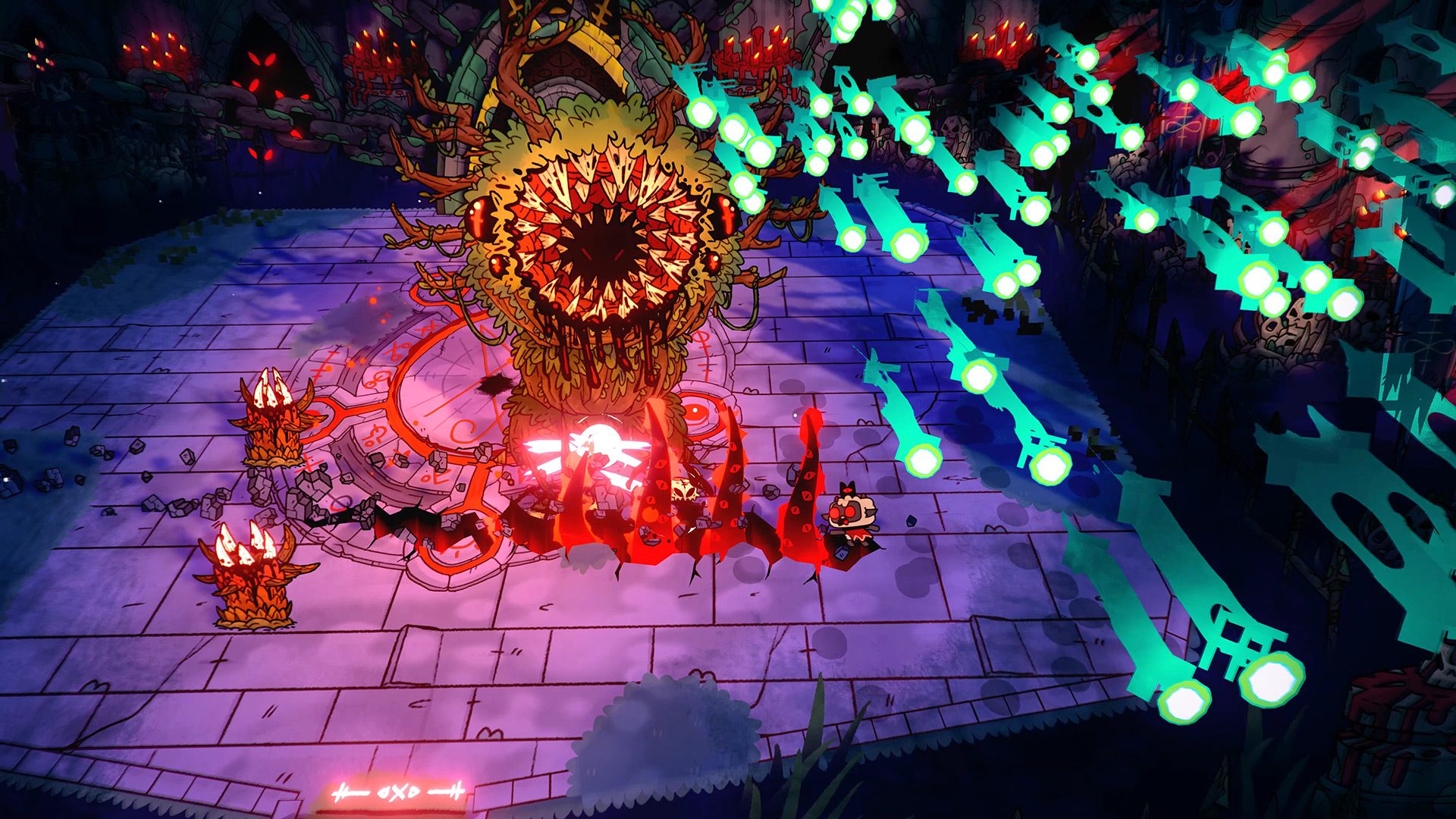 Crawl through dungeons to grow your flock

The best new game shown off at Gamescom: Opening Night Live was, without hesitation, Cult of the Lamb — an adorably messed-up dungeon-crawler-meets-base-builder.

Having recently watched Midsommar for the first time — I was a holdout, okay? — I am on this disturbing community wavelength. In terms of the out-and-about action, Cult of the Lamb seems like something fresh for Binding of Isaac fans to chew on without going through the same old motions. It reportedly isn’t an all-out roguelike, which is swell.

The two big bullet points that sell me on this sinister game:

Taken on their own, the freaky-creature-slaying action gameplay and ritual-centric management sim angle are compelling enough, but packaged together with this vibrant cartoon aesthetic, I’m really feeling the overall vibe. And as a collaboration with Devolver Digital, you pretty much know it’ll be good, if not great. The track record doesn’t lie.

Developer Massive Monster is aiming for an “early 2022” launch on PC and consoles. At this rate, I’m expecting the first few months to be slammed with interesting games.