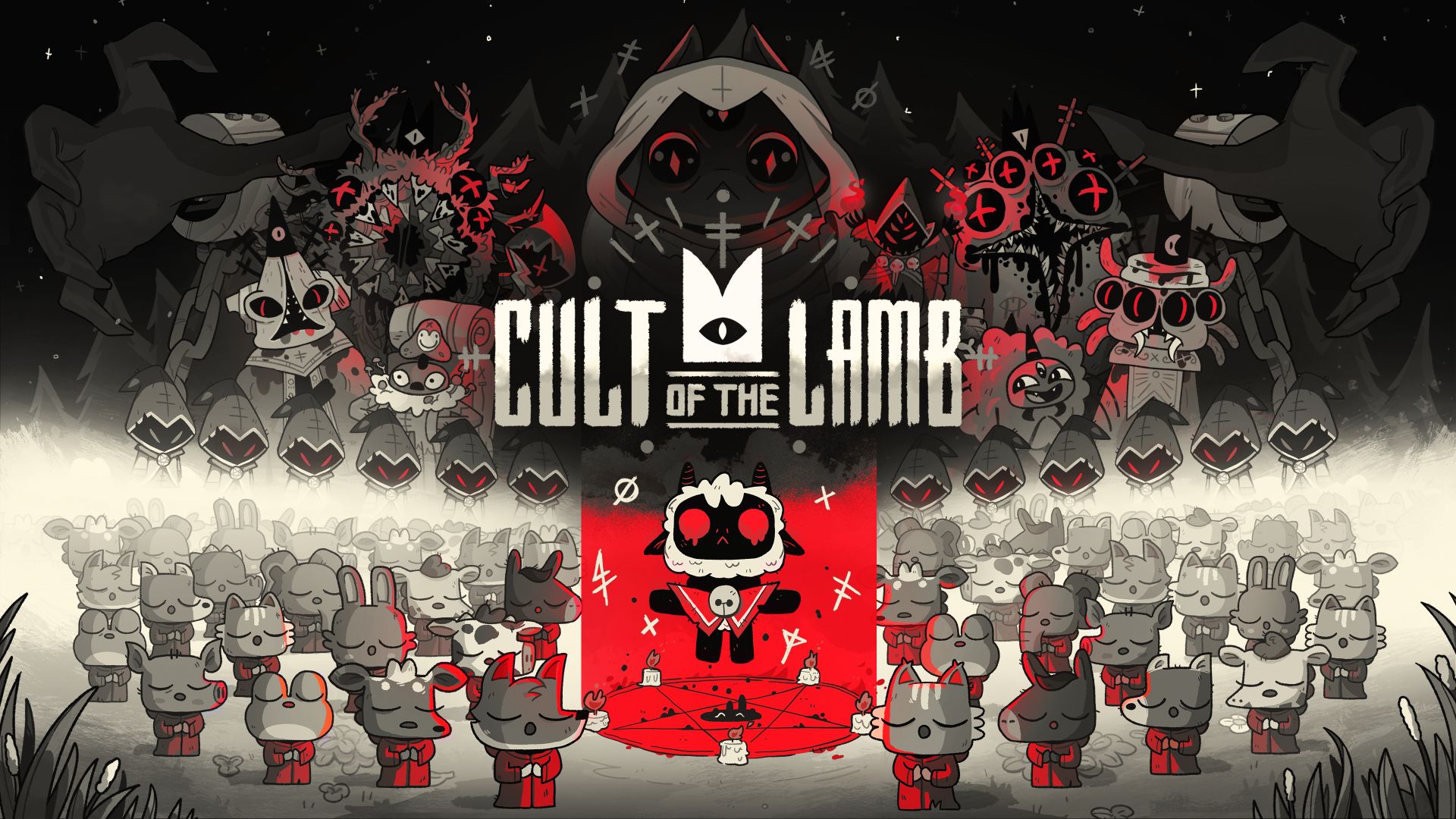 All it takes is one dedicated little lamb

It’s dark and dreary as you, a tiny lamb, take a long walk. Hooded figures press in behind you, poking and prodding with weapons to keep you moving towards the sacrificial circle. Elder gods appear and demand your life, in exchange for staving off some prophecy. And that’s how Cult of the Lamb starts its demo off: your death.

Well, your almost-death. At the last moment, the little lamb is whisked away to another world. A being, potentially evil, makes it an offer it simply can’t refuse: keep your life, by dedicating it to theirs. Return to the world and form a cult under The One Who Waits. So you zap back, with a nifty new hat, sword, and strong side of demonic possession, and wreak havoc.

I wasn’t quite sure what to make of Cult of the Lamb when I first saw it. It’s a top-down action game, with a touch of roguelite. As a former patron of your current master shows up to explain, you’ll need to head out into the land and share the good word. This means taking down acolytes of those other elder gods, and converting new followers to your cult.

On a base level, there’s dodge-rolling and slashing. Special moves and upgraded weapons can be picked up, as you progress through room after room. It feels familiar, and not in a bad way. The combat feels solid and kept me engaged. Enemy types also help, as soon different variants start to switch things up. Bats and worm-like creatures start to hound you, beyond just the angry zealots.

It’s important to note just how well the art style developer Massive Monster has crafted works, too. The almost-papercraft, 2D-meets-3D looks great, in screenshots and in motion. Cult of the Lamb has just the right mix of cute and grim. It’s both dark-natured and lighthearted. It’s very Grim Adventures of Billy and Mandy, but with animals who engage in ritual sacrifice and indoctrination.

Pulling the wool over their eyes

Indoctrination is actually pretty crucial, and leads into the area of Cult of the Lamb I enjoyed the most. In between ventures out into the world, after finding more wayward souls to join your cult, you can head back to a “home base” of sorts and start putting it all into motion. Things start simple: take a follower and tell them to gather some lumber.

But followers need food, so I had to build up a cooking pit to get them fed. This is where the base-building, management side started to form, and it really grabbed ahold.

Now, when I was venturing down paths, I wasn’t just looking for personal boons. A node might offer me some food, or an item that could increase my followers’ abilities. At one point, I got a necklace that could make a follower never have to sleep. Finally, no more pesky rest. The follower would be a 100-percent uptime devotion machine.

My quick demo at PAX East took me from curious to very interested in Cult of the Lamb. The art style and atmosphere are obvious draws, and the action is solid. The base-building and follower management add a really intriguing layer though, one that had me making some cool choices I wasn’t always accustomed to making in a roguelite. I couldn’t just wipe out heretics and zealots to build my following. I needed to build a lasting, stable, efficient cult to truly keep moving up in the world.

Cult of the Lamb might seem like other games of this kind you’ve played before, as a vaguely Zelda-style action-adventure roguelite. But it’s deceptive. Dig a bit better, and its art, dark humor, and management meta-systems make for a pretty neat combination. Keep an eye out as it gears up for launch sometime in 2022 on PC, PlayStation, Xbox, and Switch.