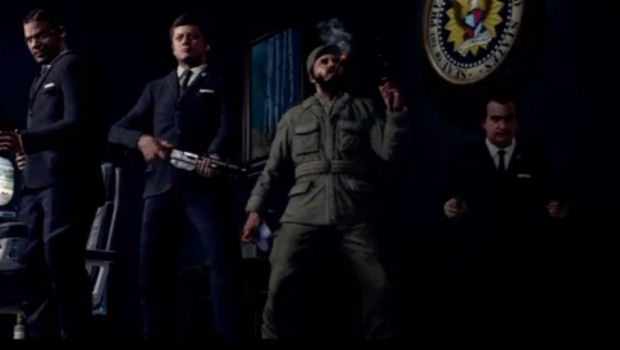 Call of Duty: Black Ops features an attempted assassination of Fidel Castro. Of course, since that man is apparently invincible, the mission goes spectacularly wrong, but that hasn’t stopped Cuba from getting its panties in a bunch over the game. Getting upset over videogames is the new Communism!

“What the United States couldn’t accomplish in more than 50 years, they are now trying to do virtually,” says an article on the State-run Cubadebate. “This new videogame is doubly perverse. On the one hand, it glorifies the illegal assassination attempts the United States government planned against the Cuban leader … and on the other, it stimulates sociopathic attitudes in North American children and adolescents.”

With the amount of assassination attempts Castro’s dealt with, surely he’s a big enough boy to suck up one little virtual one.

Filed under... #Call of Duty#Controversy #Politics