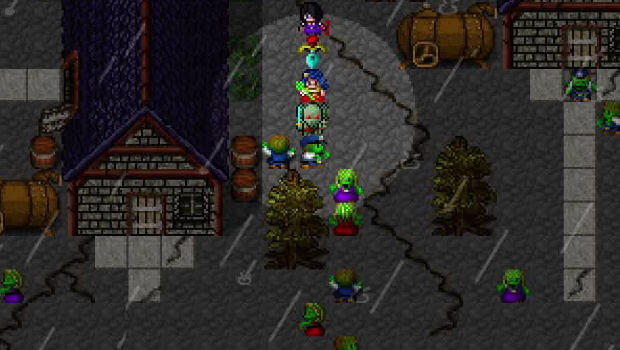 Cthulhu Saves The World developer Zeboyd has criticized Microsoft’s half-hearted exposure of its Indie Games channel, saying it must do more to promote games. This remonstration comes after news that Cthulhu‘s PC version outsold the 360 version to a humiliating degree in just six days.

“XBLIG is a great solution for new developers,” said Robert Boyd. “It’s cheap, easy to learn, and has a great community of people that are willing to help each other. However, from a perspective of actually making good money, I do not believe it is a viable platform. The greatest strength and greatest weakness of the service is that it’s the most open platform we’ve ever seen on any home console. Just about anyone can release an XBLIG title, and just about anyone does. As a result, the service has got a reputation for being full of garbage.

“XBLIG basically has the low price expectations and flood of product that the Apple App Store has, combined with the low visibility of Nintendo’s digital stores — it’s no wonder most titles sell poorly. Greater visibility for the high-quality titles on the service would be a great help.”

Boyd said that MS’ intentions seem to be in creating a stepping stone toward Xbox Live Arcade. However, he thinks this has backfired, as it actually provides a stepping stone to other platforms such as PC. Considering that’s what happened with Cthulhu, we can’t say he’s wrong.