I’ve lived nearly my entire life in and around New York City; it’s a place that’s very close to my heart. So when Crytek’s CEO and President, Cevat Yerli, got up behind a podium at Tuesday’s Crysis 2 press event in Manhattan and declared, “If I would pick one city to protect [in the event of an alien invasion], it would be New York,” it really struck a chord with me.

Crytek wanted a hard-hitting, engaging narrative in Crysis 2, so they turned to British science fiction author Richard Morgan to pen the game’s story. He talked about why he took on the endeavor, and I got some more details on the importance of story — and how Crytek is integrating storytelling into Crysis 2 — from the game’s executive producer, Nathan Camarillo.

[Editor’s note: This preview discusses the structure of the story in Crysis 2 (of course, it’s completely spoiler-free; Crytek wouldn’t tell me anything specific). Click here for the gameplay/tech preview. –Samit] 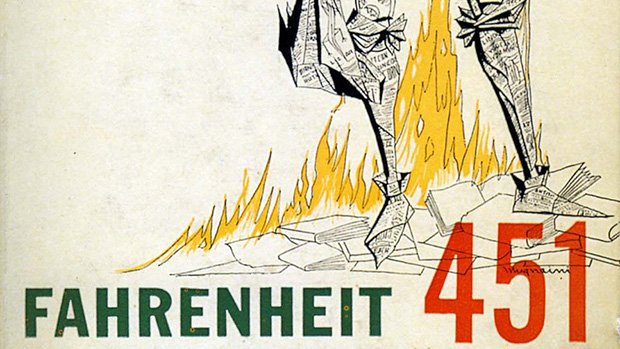 Morgan is an avid gamer, but most of the videogames he’s played didn’t satisfy him emotionally like the stories in books and films. Still, he told us that he sees a largely untapped “massive potential” in games for storytelling. He brought up Ray Bradbury’s classic dystopian novel Fahrenheit 451, in which the protagonist learns that books are worth saving from a fiery fate because of what’s in them: their capacity to capture all the facets of human existence. It’s these kinds of literary values, Morgan noted, that you don’t usually see brought up in videogames.

The first step toward a story that would resonate with gamers was to shift the setting to a specific, significant place. Crytek CEO and president Cevat Yerli explained that New York was the perfect choice because it’s a city that — thanks to its appearances in countless other pieces of media — almost everyone has some conception of, and some relation to, even if they haven’t actually been there. When I asked Camarillo about the potential pitfall of a New-York-in-peril story — namely, that we’ve all seen it before — he agreed that the setting had been used many times in film and videogames, but he was confident that the New York in Crysis 2 will stand out. “That’s the great thing about New York, is [that] it has all these stories to tell, and you feel like you can tell a lot of different stories in this space,” he asserted.

As an immediately recognizable place, New York takes on a life of its own in a game. Camarillo explained that a key aspect of the story in Crysis 2 is the locations you play through, and what they mean in the game world as well as what they mean to New York. And of course, the essential connective tissue is the player narrative, which has to lead you through those locations in a meaningful way. Camarillo acknowledged the storytelling shortcomings of Crysis — it had “a very loose narrative with, kind of, story highlights” — and then told me why the sequel will be better. 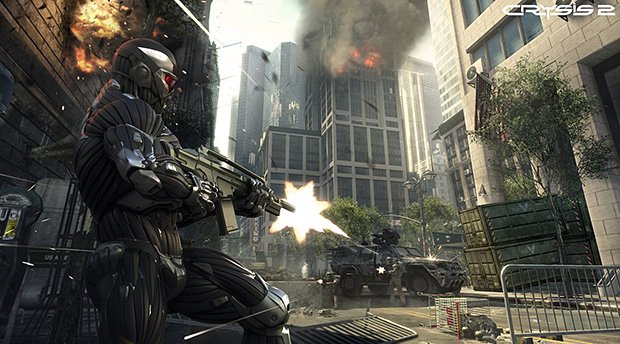 Crytek is doing their best to put you in an area and have you feel like there’s a reason for you to be there. You also need clear objectives — and not only does the game have to communicate them to you, it has to provide compelling reasons for you to complete them and move on to the next sequence. So Morgan’s narrative is “floating over the top” of the entire game, but Crytek also wants to have the player learn more about himself. Morgan called the Nanosuit 2 an “amazing piece of kit” that “becomes a character in its own right” in Crysis 2 because there’s a mystery to it — “it’s not what it seems.”

Three facets of the story combine to provide a compelling experience. There’s the narrative of the player, and his mission to rid New York of the alien infestation; the narrative of the Nanosuit 2 — its powers and its relation to the player; and the narrative of New York City itself — its transformation from bustling metropolis to crumbling urban jungle. Morgan also remarked that he likes his stories to be unpredictable, and he assured us that Crysis 2 will have plenty of twists that you won’t see coming.

Camarillo pointed out that the story “shouldn’t feel like a contrivance, or that we’re shoving something onto you,” and to that end, Crytek is layering ambient storytelling throughout the game. You’ll see certain spaces in which your mind will naturally start to fill in a story. It’s a technique that Valve has mastered in games such as Left 4 Dead, and it helps to “make the world feel richer, [and] more alive.” In conjunction with the overarching narrative, these moments will bring up the kinds of fundamental questions that Crytek wants you to ask: What the hell happened here? Why here — why this place?