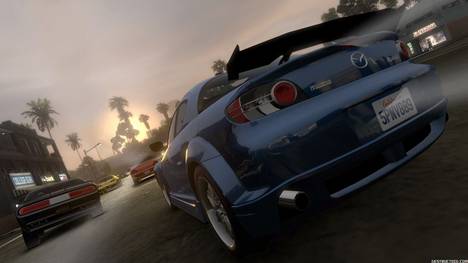 The first time I cruised down Hollywood’s Sunset Boulevard, I was driving a blue rental mini-van we were using to cart around the Destructoid staff at last week’s E3. Guided by GPS, I made my way to the Chateau Marmont for a little meeting with the folks from Rockstar Games. I passed a number of street lights, a 7-11, a Tower Records, and finally the Hollywood sushi hot spot Miyagi’s before arriving at my destination. I was here to play Rockstar’s Midnight Club: Los Angeles.

The second time I cruised down Hollywood’s Sunset Boulevard, I was driving a Mazda RX8 “Shinka” tuner, going significantly faster than I had been going in the rental mini-van. Ignoring lights and buzzing through traffic, I passed the 7-11, the Tower Records, and Miyagi’s. Déjà vu. But this time, I ignored the street lights; this time, I was actually playing Midnight Club: Los Angeles.

While I didn’t get a chance to explore all of Rockstar San Diego’s open-world street racing title, I did sit down with the title for a good hour before they pulled the controller from my hands. Hit the jump for first hands-on and details of Midnight Club: Los Angeles. 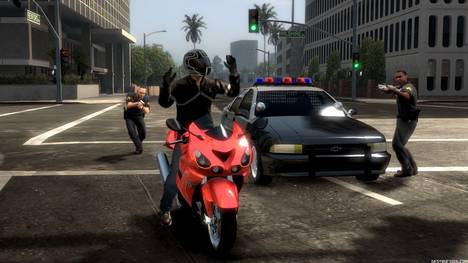 Although I’m not a City of Angels native, I soon found out that Midnight Club: Los Angeles’ open-world city is a pretty accurate facsimile of the real thing. Our demo started with an overhead view of the city map, which detailed the world’s winding roads, freeways, and shortcuts. While previous Midnight Club games have spanned multiple cities, Rockstar says that this real-world LA provides a larger racing area than any of the other single titles.

The real-time overhead GPS map gives us all the details you’d need, from city gas stations (used to grab a quick boost of nitro) to potential race opponents (and what kinds of cars they’re driving). Looking at the map completely zoomed out, you’ll see the expected strips, from the 101 Freeway to Santa Monica Boulevard. Zooming in tighter, more street names appear, showing you all of the short cuts and back alleys that can be traveled in the game’s open-world.

Zooming in all the way (and ultimately exiting the GPS map screen and entering the game), it all comes into view in gorgeous 3D. Midnight Club: Los Angeles is running off of the engine developed by Rockstar San Diego, the Rockstar Advanced Graphics Engine, or RAGE. You may have seen the versatile engine in action, first powering Rockstar Table Tennis and more recently, Grand Theft Auto IV (which you may have heard of). On the Xbox 360 dev kit the game is running on, the game looks great and runs smooth, even at high speeds. The cars are highly detailed and the setting sun blooms across the screen, reflecting light off my shiny grey RX8 and the uneven cracks in the LA pavement (the game has full 24 hour day/night cycles). 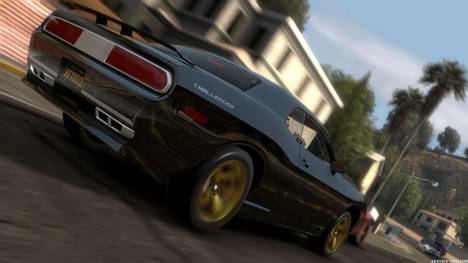 As far as city details go, things are looking shockingly accurate. Unlike Rockstar’s Liberty City which only draws sarcastic inspiration from the city (or cities) it intends to represent, Midnight Club’s Los Angeles is so accurate it’s creepy. While it’s not a one-to-one copy (streets have been removed or widened for better racing conditions), only the most hardnosed Los Angeles native might be able to tell. If you’re adverse to product placement, brace yourself — real world locales are represented through the game. In the first five minutes, I noted a Tower Records, a 7-11, the Comedy Store, and multiple billboard advertisements for real-world products. While Rockstar may or may not be receiving generous cash for the inclusion of branding, this is one case where it doesn’t matter — the logos and locations truly lend themselves to the believability and life of the city.

Midnight Club: Los Angeles’ single-player mode seems to be setup similarly to that of Criterion’s Burnout Paradise, which shunned linear progression for a more open gameplay experience. Cruising around the city, you spot competitors (indicated on your map) and flash your headlights to begin the race. Once the race seamlessly initiated, a short sprint will begin to the start which can earn you a bit of the game-advancing reputation points (or “rep”); these can be skipped by flashing your lights twice, but you’ll sacrifice rep by doing so. 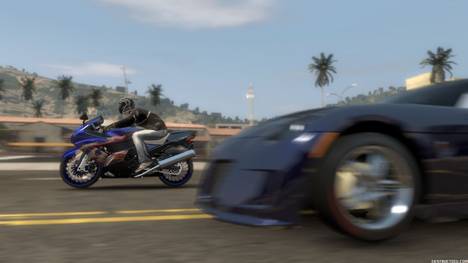 Midnight Club: Los Angeles will contain 12 different race types, which will be easier to communicate using Rockstar’s own words: 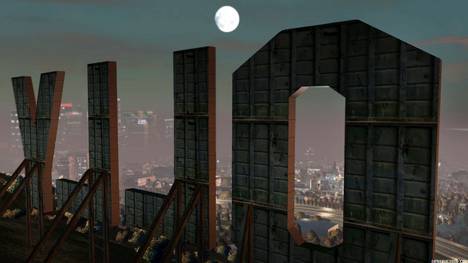 The game’s story will be told through a series of cut-scenes, and as far as I can tell, check your expectations if you’re looking for a “deep” story akin to GTA IV. You’re a dude who arrives in LA and you like to race, so you do. And that’s about it. For those looking for a more linear experience, Rockstar tells me all of the same races found in the open-world game can be found in the game’s Arcade mode.

The game will contain over 40 different vehicles, broken down into four different classes: Tuner, Luxury, Exotic, and Muscle cars. Motorcycles will also be playable, although I didn’t have a chance to hop on one and cruise around the city; during my demo, I only rocked the Mazda RX8 “Shinka,” an Aston-Martin V8 Vantage Roadster, and a 1969 Mustang Boss 302. But if you’re not happy with “off-the-shelf” motors, Midnight Club: Los Angeles has a number of nice customization options. While not branded as such, Dub Magazine is lending its support to the title, along with it a wide variety of manufacturers and after-market parts.

By entering any garage, you can customize both the interior and exterior of any car in the game. (For the first time, Rockstar offer the option to race from a fully modeled cockpit view, which is an accurate representation of each individual vehicle.) In my demo I was able to toss scissor doors on my Aston-Martin and add pink neon to my floors. I even was able add Skull-shaped vinyl to my sides using the brand new multi-layer Vinyl Editor (64 layers for the top, and 64 for each side, and then 16 layers for the front and back bumpers). Using the game’s color wheel, I assured my once sexy vehicle looked as ridiculous as possible — all shades of pink, baby. With sparkles. I don’t play. 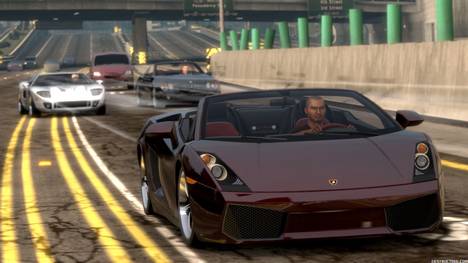 The game will also feature a photo mode, which will allow you to snap shots of your vehicle and share it on the Rockstar Social Club Web site. Even more interesting, blueprints to your cars can be shared, traded, and sold for in-game money. It remains to be seen whether or not anyone will want to buy the blueprints for my sparkle-pink Aston-Martin skull mobile remains to be seen. Trust me — it’s hot like fire.

Midnight Club: Los Angeles also features a “Performance Shop,” that will allow you to customize and upgrade things like air intake, exhaust, brakes, nitrious, electronics and more. Gran Turismo this isn’t, but things like acceleration, handling, and speed can all be customized by these upgrades, which are simply tweaked by adding a point on a one through three scale.

At its heart, Midnight Club is really an arcade racer, and is all about speed and fast action. With that in mind, the “special moves” that made their debut in Midnight Club 3: Dub Edition make their return. But unlike the previous game whose moves were linked to car types, these can be assigned to any car. The three moves from Dub Edition make their comeback: Zone (slow down time for sharp turns or weaving), Agro (add strength for damage to opponents), and Roar (send out a shockwave that pushes cars and traffic aside). New to Midnight Club: LA is the EMP, which sends out a pulse that shuts down the engines of all of the cars around you, bringing them to a complete stop. 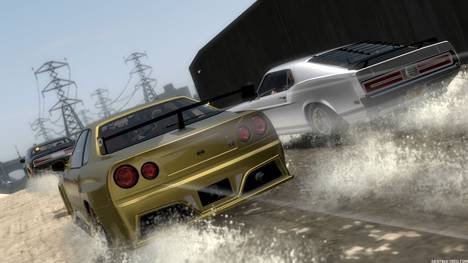 Midnight Club: Los Angeles is shaping up pretty well, and as you can tell, is looking to be a huge title for Rockstar this fall. There are a few things Rockstar didn’t demonstrate in the demo, but I did learn a bit about.

First, a police presence is back, looking to break up races and putting a tight grip on you and your competitors. Getting busted means you’ll pay a fine, but outrun the fuzz and earn some well-deserved rep. Secondly, Midnight Club will feature full online support, likely linked deeply with Rockstar’s Social Club; it’s likely we’ll get more details closer to the game’s release.