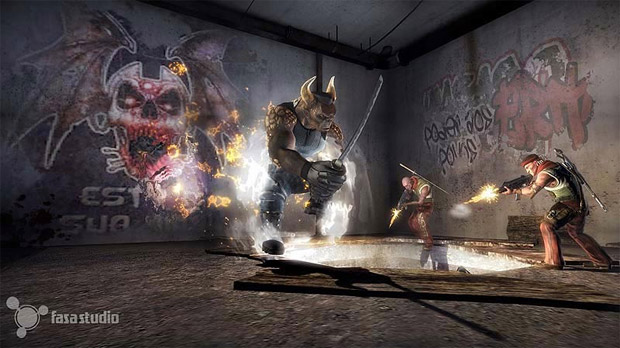 With mobile device adoption rates where they are, there’s been a big push in connecting our phones and tablets across platforms. That’s certainly true in gaming as we’ve seen more and more “second-screen” features and complementary apps. Asked if Microsoft has considered cross-platform play between PC and Xbox One, Phil Spencer told AusGamers “I’m not allowed to leak things [smiles]. But I think what you’re talking about makes a lot of sense.

“Now you have differences in Windows gaming and console gaming around control and input… in fact if you go back to Shadowrun on Xbox 360 — something I worked on — we had PC players playing against Xbox 360 customers. We didn’t have tremendous success with that, but we learnt a lot from it. And then earlier this year we released Skulls of the Shogun, which was a game we launched on all three platforms on the same day, and you could start on one platform and then save the game to the Cloud and play across any of the screens and progress. And then Halo: Spartan Assault has some links between Halo 4 and Spartan Assault, even though they’re very different games.”

Continuing, the Microsoft Studios corporate VP says “This connected ecosystem across all the different devices is definitely where I think the future of gaming is going; you don’t have to do it as a developer, but you have the capability and I think a system like Xbox Live across all those screens where you know who someone is and who their friends are, what their Achievements are and their progression is really critical to that.”

Frankly, I’d rather just get PC versions of the games Microsoft publishes — forget about establishing a link with consoles — though that seems like a pipe dream. I do appreciate Spencer bringing up Shadowrun as an example, and this quote made my day: [W]e have very passionate fans. And I love that about our industry. But what does that mean? It means they’ll make fun of me for wearing two watches (but it wasn’t two watches) while I’m at some kind of show.”