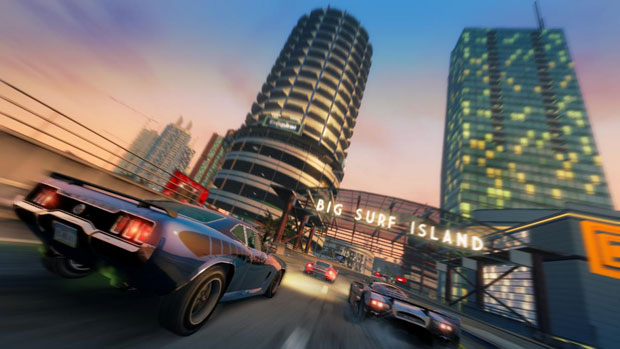 Criterion Games is hinting that tomorrow it may reveal some solid details on its upcoming Burnout Paradise “Big Surf Island” expansion.

“Almost time to spill the beans,” writes Criterion’s Pete Lake on his Twitter account. “Be watching CriterionGames.com at 4pm BST this Friday. Your questions will be answered…”

So we’ll definitely be doing that “watching” thing tomorrow at 4pm BST. The island expansion was originally announced to be released in Fall of 2008, but things got out of hand — Criterion made the damned thing bigger than they had originally planned. That would explain what’s taking it so long, and why it won’t be free content.

But who can complain? The free updates and support for Burnout Paradise has been out of control since the game’s launch; these guys deserve your cash.

On a side note, Lake also mentions on his Twitter that Grasshopper Manufacture’s Suda 51 visited their studio a few days ago. Is a No More Heroes/Burnout cross-over in the works!?!? (That’s a joke, but seriously… think about that for a second.)