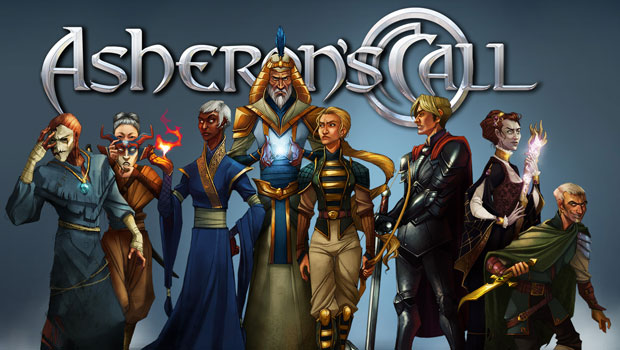 Ten years ago, when designer Toby Ragaini created Asheron’s Call with a team of inexperienced developers, no one could have expected the game would be as successful as it would become. Except, of course, a young and confident Ragaini.

“Well, we were all college age,” he explains, “and naturally had great expectations. But if we had known the odds against us, I don’t think we would have been so optimistic. None of us had any development experience, so it was certainly a case of ‘ignorance is bliss.’ But happily, sometimes hard work and optimism pays off.”

Ragaini recently took the time to talk with us about Asheron’s Call, the evolution of MMOs, and his latest project, the free-to-play browser-based MMO, Faunasphere. Hit the jump for more.

The appeal of the game, he tell us, is probably due to the demand from folks looking for something that wasn’t available at the time.

“For all its numerous flaws,” he continues, “it seems to have made a positive impact on many people, and I’m very proud of that.”

The game originally drew from obvious influences — source material like Dungeons & Dragons, Tolkien, and Conan. Ragaini readily owns up to these influences.

“We were all products of these influences,” he says. “Personally, I was always inspired by how Tolkien was able to create such a fully actualized world, and while I would like to imagine that we were trying to break from that mold, it’s almost impossible to do that completely when you’re creating a fantasy world.”

Speaking of Dungeons & Dragons, Ragaini doesn’t believe that videogames have (or will) replace pen and paper games of old.

“I don’t think pen and paper games are dying,” he says. “Their popularity has certainly waxed and waned over the years, but they’ll be around for along, long time. MMOs are great because they engage a much broader audience that either doesn’t have the opportunity or patience to play ap en and paper game. And I think it’s clear that the two have and will continue to influence each other.”

Ragaini’s latest project — a casual, browser-based MMO called Faunasphere — may seem the polar opposite of the more traditional Asheron’s Call. The designer, however, sees quite a few parallels.

“At their heart, MMOs are ultimately about allowing players to become emotionally invested in a world,” he explains. “This is accomplished through choices that represent who they are, or who they want to be. For Faunasphere, I wanted to take the sense of community, creative expression, and satisfaction of goal completion and apply that to an accessible, non-threatening environment.

“Is the experience similar to Asheron’s Call? No, of course not,” he continues. “But it does represent how the concept of an MMO is much more extensible than what many people think.”

The switch to the more casual experience, he says, is mostly due to the evolution of MMO development, particularly the resources it takeYou are able to be more adaptive, creative, and ultimately make less compromised decisions.”

Faunasphere allowed Ragaini to take the lessons he learned from making MMOs and translate that experience to a broader, more mainstream audience. It’s the game, he says, the team wanted their mothers to be able to play — a “rallying cry” during development. The goal was a “truly accessible MMO that didn’t exclude anyone.”

“And while some of your readers are likely rolling their eyes,” he says, “I would challenge them to check out Faunasphere. It’s actually a fun little game, and even if they don’t like it, I bet they know someone who will.”

As far as the future of MMOs are concerned, Ragaini says he’s “seeing the fastest evolution of games in the social networks.” This is a spacs to make a successful, big-budget title.

“Somewhere along the way, 80 person teams and $50 million budgets became the minimum entry fee for making an MMO that could be competitive in the core space,” he laments. “I missed the ability of working with small, nimble teams and a more limited budget. e he says him and his team are increasingly focusing on. As for specifics on what the future holds, he’s coy.

“Well, you’ll just have to wait and see our next act,” he says mysteriously.

Asheron’s Call turned ten on November 2, 2009. Faunasphere is available and free-to-play right now from your browser, and could kill your (or your mom’s) productivity.