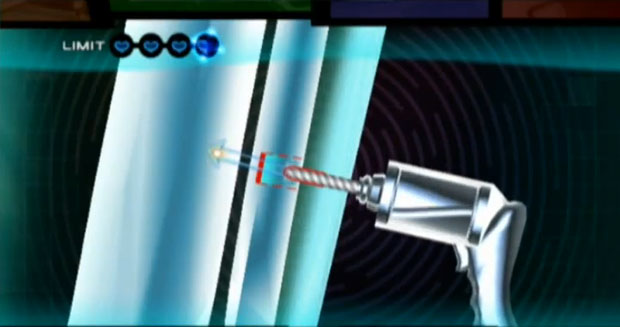 “Until watching this new video, a lot of Trauma Team fans may have a slightly disjointed notion of what the Orthopedics mode is all about,” commented Aram Jabbari, Manager of Public Relations and Sales at Atlus. “Without a tool wheel to concern oneself with, nor a ticking clock to race against, Orthopedics is about patience and precision. Even if you think you’re up to the task, it’s advised that you bone up on what this video has to offer prior to the game’s new May 18th release date.” A mob of outraged doctors raised their scalpels and charged the podium after hearing Jabbari’s puns, but the wily Atlus PR staff was able to marrowly escape.

Atlus continues their walkthrough series for upcoming Wii game Trauma Team with a look at Orthopedics. You’ll play as a doctor named Hank Freebird. Great name. He used to be in the army, and now he fixes skeletons. It’s par for the course for this series. It also fits well with the Japanese medical television drama feel they have going on. Medical J-drama is way different from our medical drama. There’s no limping guys and McDreamys or any of that crap. Just crazy nonsense, lots of squirting blood, and impossible procedures that have you at the edge of your seat. I hope Trauma Team is like that when it comes out on its new date, May 18th.