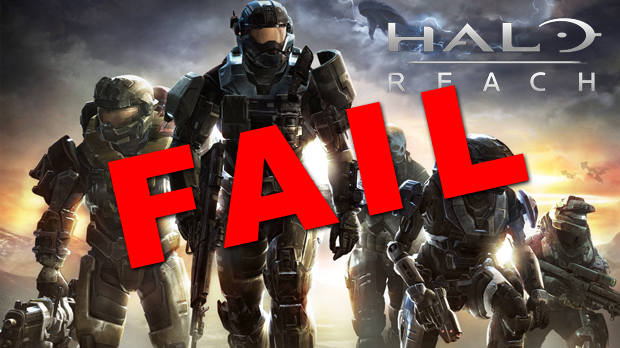 [Read Destructoid’s original, glowing review right here. If you felt that was too positive, here’s Destin with a counterpoint!]

Halo: Reach has been out for two whole weeks. I think we can all agree that the critics love the game, and even Bungie themselves have called it their swan song for the franchise, thanking the fans for supporting them over the past decade. Well thank you Bungie, but multiplayer, the part of your game that should be the strongest after a decade, is BROKEN. Here’s why. 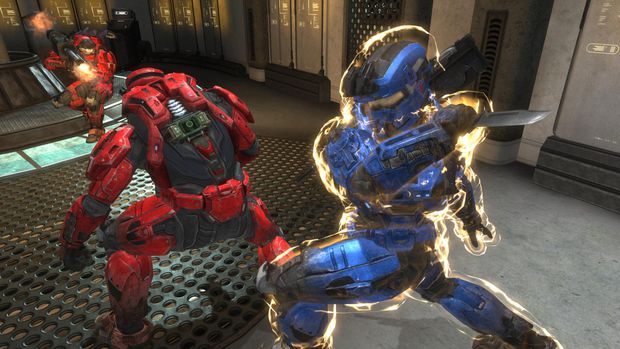 First off, who the hell programmed this? I had NEVER been kicked from any of the other Halo games, but in Halo: Reach it seems to be a daily occurrence. I end up in a game where my entire team is in party chat, therefore leaving me to fend for myself. I have no communication whatsoever with my teammates. So what happens? I make a mistake and get kicked.

Now you Halo elitists may just say that I suck at the game. Actually I’m a decent player who usually ranks in the top 3 kill-wise and averages a K/D ratio of positive 5-10. I play a lot of Team Slayer as it is my favorite game type. So what’s the big deal? Getting booted, that’s what. Here’s some examples of the times that I was booted from a game.

My teammate is being assassinated. Seeing that I have a rocket launcher in my hand, I shoot a rocket at the opposing team, killing them. Unfortunately in this multiplayer match I have also apparently killed the teammate who has a knife sticking through the top of his skull. Then I get booted. That, right there, is bullshit.

The next time it happens I can be a little more forgiving, but it’s still 100% bullshit. Again, this takes place in a match where my entire team is in private chat. I am on the ground floor, and I have the most kills on my team. I feel like I’m doing well. Then I die and respawn below a hiding spot where I know an opposing team member is hiding.

I begin grenading the room in question to prevent them from getting any more easy kills. As I’m grenading the area in question, my teammate runs from the other side of the map where I can’t see him, then jumps on top of my grenade and dies. I get booted for a betrayal.

And if all that isn’t enough, how about my least favorite game mode Infection? I’ll get to that in a second, but this is one of the dumbest betrayals ever. I enter a room and see an enemy rush toward an area that I know two of my teammates are hiding in. I run in trying to save the day, and see what I think is the bad guy. Then I accidentally kill a teammate. Immediately I say “oh shit I’m sorry” but it falls on deaf ears. I’m Booted for the third time for one night. At least I won’t have to play Infected anymore. Oh wait. 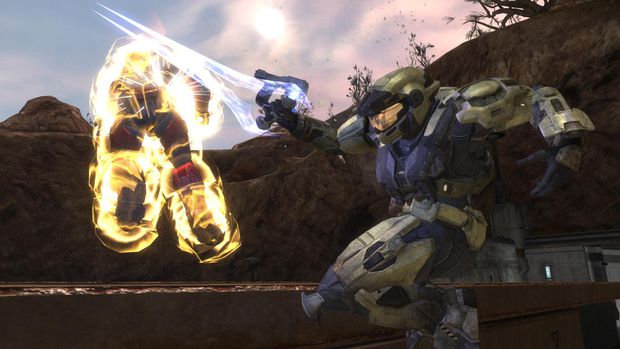 It wouldn’t be so bad if this happened once in awhile, but it happens all night long. I’m not kidding when I say I got Infection, one of my LEAST favorite game types in any Halo game, seven times in a row. The last two times I simply quit out to the dashboard. How can I have seven completely different teams and get Infection seven times in a row? It’s baffling. On a side note, SWAT on Hemorrhage is an abomination.  It should not exist.

Bungie. If a team picks none of the above, give them three completely different maps to choose from and three regular game modes. This was a problem in Halo 3, and it’s obviously still a problem here. If we get the options of Slayer, Snipers, or SWAT on Sword Base – when we say no, why would you give us the options of Slayer, Snipers, or SWAT on Boardwalk? Just let us pick a normal game type. Please! It’s called slayer, so how about having Slayer actually happen occasionally? 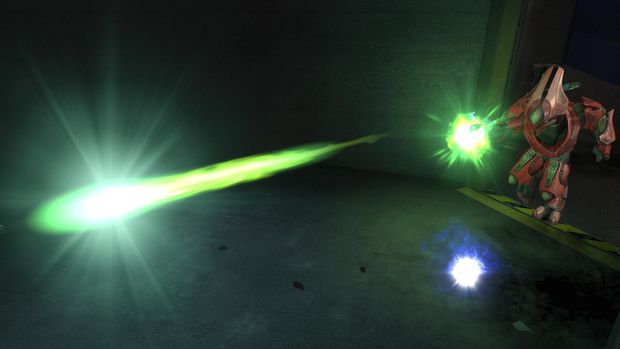 Yes, I consider the credit system a part of multiplayer.  These credits are apparently a huge problem on Bungie.net. It seems that people found a way to play Gruntapocalypse and reset their daily challenges, therefore allowing themselves to get a ton of credits and unlock armor before everyone else. So, who cares? As long as they’re not screwing me out of a kill or hacking the game, let them unlock everything on the disc early. They still have to do a shit load of work to get it so who cares? It’s just an armor effect.

I can see how some would think that this is like hacking, and Bungie has brought down the Banhammer to take care of offenders. In the process they made some people, myself included, terrified to play Gruntapocalypse out of fear of being banned.  They started banning people and many started to think “If I get too many credits in a day I’ll be banned.”  So they were scared to play!  This can vaguely be called hacking, but it doesn’t affect any other players aside from the person doing it. So again, who cares? I love Gruntapocalypse, but if you play it too much you stop getting a good amount of credits. It’s almost like Bungie wants you to cheat so you stop getting screwed over.

If I’ve found a way to get a ton of credits, like kicking ass on Gruntapocalypse, or doing the Target Locator thing on Mission 3 a billion times, let me. You shipped it on the disc that way and I want my fancy armor effect. No one gets hurt.

The people who love Forge get screwed the worst.  Not only do they get almost NO credits for their time spent building something, but they get 900 different objects with the exact same texture.  If they want to make a map that looks like it came out of a Tron movie it’s great, but if they want something with a little green in it, their options suck.

However, my last gripe is the most important and it needs to be addressed as it affects everyone in multiplayer. 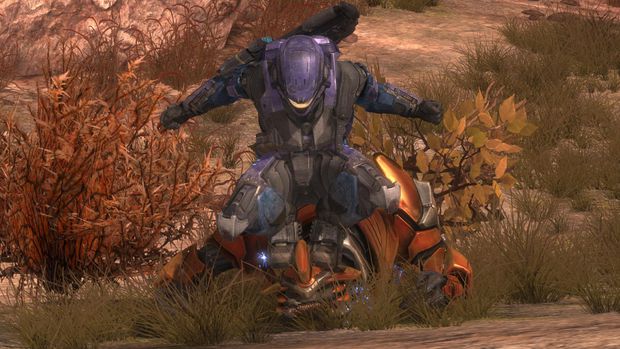 If you haven’t seen the video of a player using a fully automatic DMR and getting head shot after head shot you can watch it below. This is my number 1 complaint about Halo Reach. The hackers.

This isn’t Bungie’s first attempt at a Halo title, so you’d think that they would have found a way to recognize cheaters online. Oh hey, this guy has nothing but head shots and he uses the DMR / Sniper Rifle frequently. As a matter of fact, every one of his kills are head shots. I think he may be cheating.

Bungie, I love you guys, but you’ve been making games long enough to catch this kind of crap. In Halo 2 it was the reload trick, and now it’s apparently hacked Xboxes and modded controllers. Why isn’t this fixed?

So let’s wrap up my insanely frustrating night with Halo: Reach which spurned this tirade. I know an update is coming in early October, and I’m going to hope that all of these problems are addressed. But Bungie, that doesn’t give you an excuse to let this stuff slide. Your focus groups, and your testers need to know what’s up. I’m not even going to get started on the ways that the Campaign failed.  That would be a separate article.

By the way Bungie, I’m insanely addicted to Halo Reach and I love you. You know what? I’m going to give the game one more shot tonight.