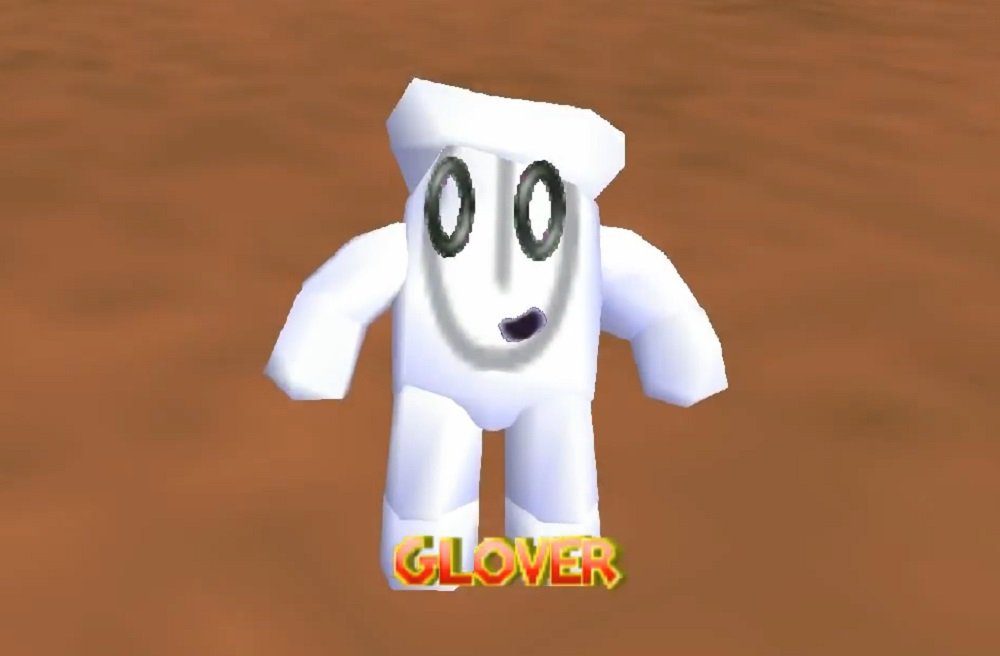 Lend him a hand

In one of the strangest teases of 2020, it seems that low-key ’90s platforming star Glover might be getting ready to make a slap-happy comeback in a bold new generation of gaming.

Piko Interactive – who currently holds the rights to Glover – recently tweeted fans asking what stretch goals they would like to see should a hypothetical Glover Kickstarter campaign emerge. The tweet made no specific mention of whether said Kickstarter would be for a remaster, a remake, or a brand new sequel, but it would certainly be one of gaming’s weirdest comebacks – right up there with Kao the Kangaroo.

Originally released on N64 in 1998, before being ported to PlayStation the following year, Glover sees the titular… erm… glove tackle a series of courses, maneuvering balls into goals in challenging gameplay in the vein of Marble Madness or Super Monkey Ball. Somehow crow-barred into this simple, ball-rolling action was a mystical plot about a magical crystal kingdom and an evil glove known as “Cross Stitch.” I miss the ’90s.

While developer Interactive Studios did begin work on sequel Glover 2, the project was never completed, with Glover eventually confined to the cupboard of forgotten gaming heroes. But given Piko Interactive’s suggestive tweet, perhaps the time to let our fingers do the walking is nigh.

What Stretch Goals would you like to see on a Glover Kickstarter? pic.twitter.com/MiZohFEdZb