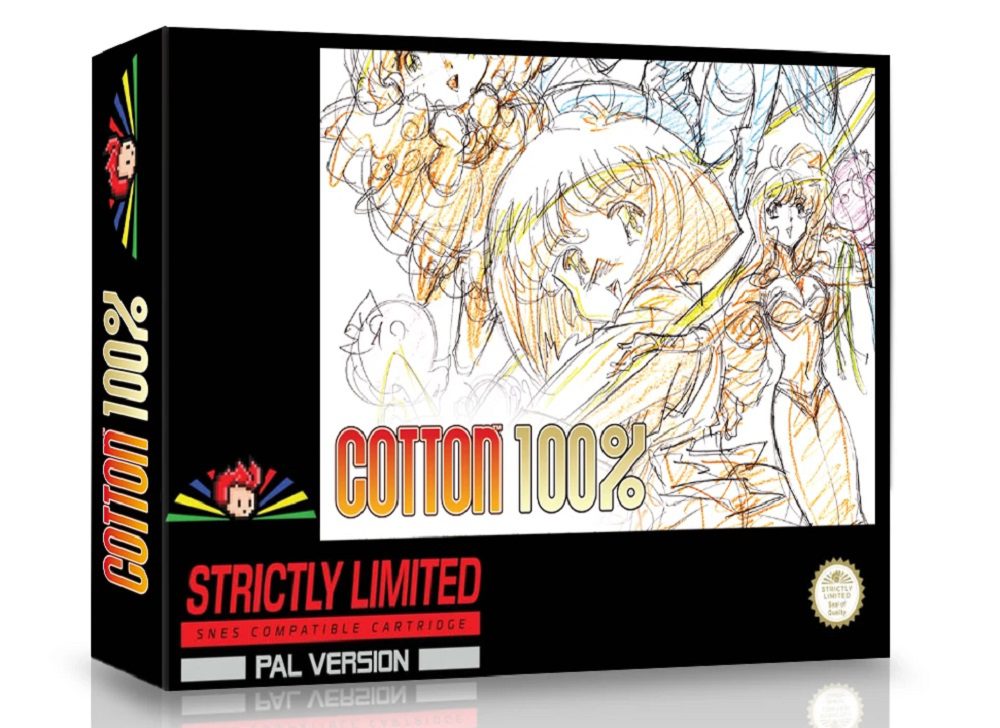 Can there be too much Willow candy, even for Cotton? Don’t be ridiculous! ININ Games has announced that classic cute-’em-up Cotton 100% will relaunch on October 29, day and date with the recently revealed Panorama Cotton.

Cotton 100% — originally developed by franchise veterans Success — was the Super Famicom’s take on the cute-but-troublemaking witch and her candy-grabbing exploits. Released exclusively to the 16-bit platform in 1994, Cotton 100% attempted to capitalize on the sudden resurgence in cute-’em-ups, brought about by releases such as Super Parodius, Pop ‘n’ Twinbee, and Keio Flying Squadron. While not quite as smart or as engaging as the aforementioned releases, Cotton 100% is still a fun SNES shmup, with a typically infectious cartoon style.

Much like the recently revealed Panorama Cotton, Strictly Limited Games will be releasing various physical editions for Cotton 100%. A boxed copy of Cotton 100% will be available on PS4 (1,500 copies) and Nintendo Switch (2,500), while die-hard Cottoners can bag themselves a special Collector’s Edition, also on PS4 (800 copies) and Nintendo Switch (1,500 copies). This edition includes the game alongside a poster, a soundtrack CD, a wall scroll, stickers, character cards, a “Kokeshi” figure, and more. The set will retail for €64.99 (or roughly $75). 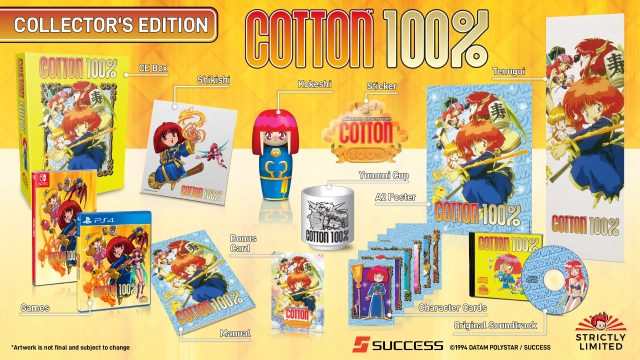 Of course, much like how Panorama Cotton is getting a fresh Sega Mega Drive release, Cotton 100% is also getting a brand new pressing on Super Nintendo. Strictly Limited has commissioned a fresh run of working Cotton 100% cartridges for PAL (600 copies) and NTSC (900 copies) SNES systems. The SNES edition will retail for €49.99 (or roughly $58) and features authentic SNES style packaging. All of the above editions are available to pre-order from the official Strictly Limited store right now, so be sure to move fast if you want in on any of these items.