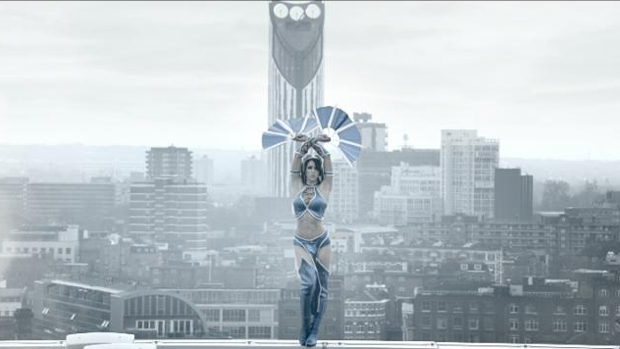 Warner Bros. has released a new teaser trailer for Mortal Kombat on PlayStation Vita, due to arrive on May 1st. In the video, a rather fit woman cosplaying as Kitana performs a routine with a pair of fans on a rooftop set against the backdrop of a monochrome city skyline. It’s stark and stylish and I suppose it’s meant to highlight the fact that you can perform your fatalities wherever you happen to be.

She’s a beautiful woman, for sure, but look at that city! Damn, that looks cool. Oh, and the game looks like it’s shaping up to be pretty solid as well.