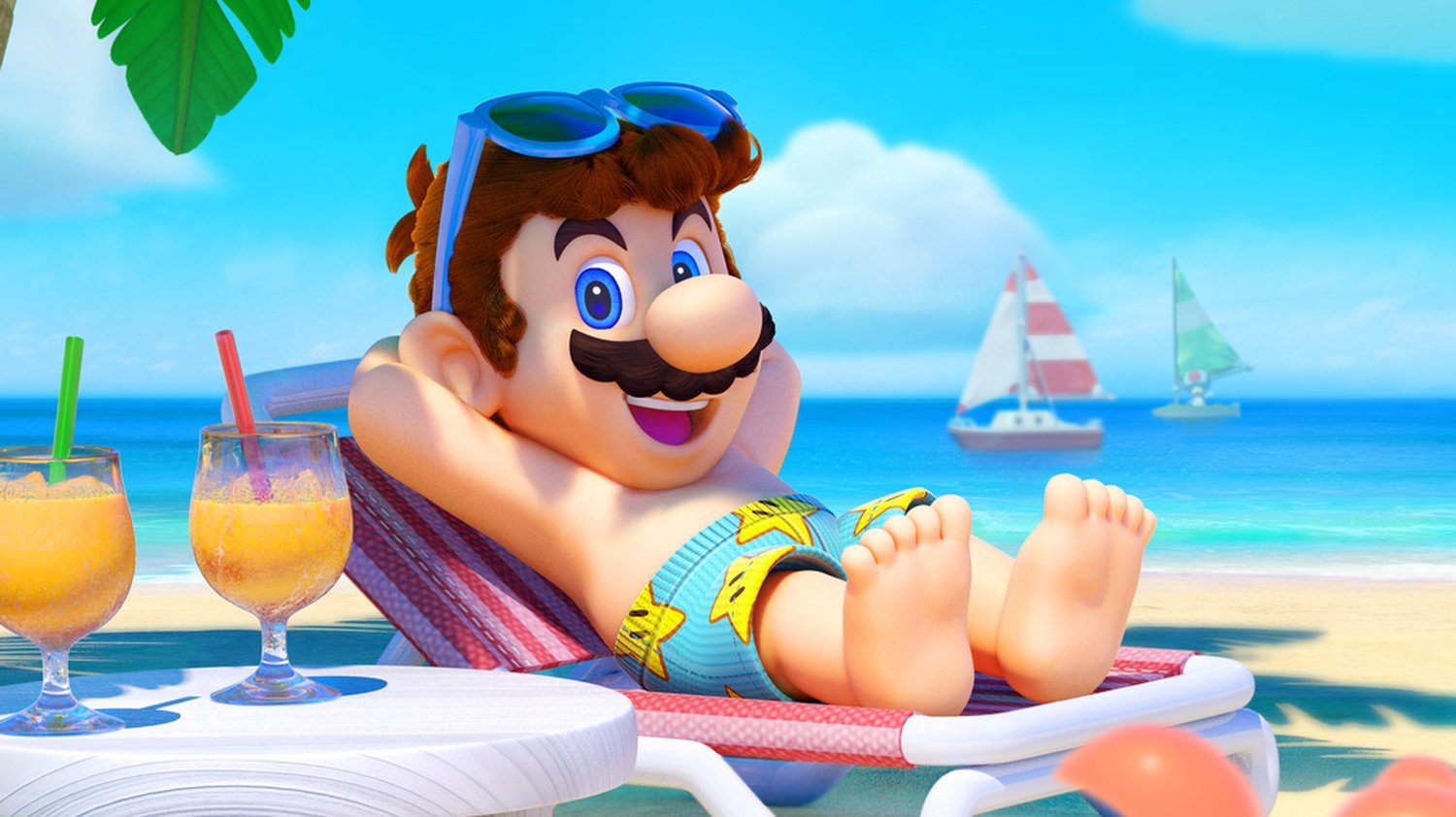 Our controllers are sweatier than ever

With the unprecedented heat waves that are sweeping the country, it feels like there isn’t anything we can do to escape these triple-digit temperatures. Of course, we can always escape into another world entirely, and video games are the perfect conduit for doing just that. If you’re feeling like you’re about to melt into a puddle of goo, here’s our guide to using cool summer games to help you beat the heat.

Sometimes, cooling off is as simple as just thinking cool. Thankfully, there are plenty of games that take place in freezing temperatures that can help us feel the cold, at least in our minds. After exploring some (virtual) snow-covered mountaintops, icy tundra, and frozen glaciers, you’ll be amazed at how much some wishful thinking can help. Games that come to mind in this regard include Skyrim, Breath of the Wild, and Uncharted 2.

One of the most refreshing games I can think of is Super Mario Sunshine, not just because of its innovative gameplay, but because having a magical sentient water jet on my back sounds like the dream right now. There are also games like Abzu, Subnautica, and Beyond Blue, which allow you to take on the role of a scuba diver. When it’s just too damn hot, nothing feels better than plunging into a big body of water, and if you can’t do it in real life, this is easily the next best thing.

Nothing is more distracting than entering a flow state, which is basically where you’re so engaged with what you’re doing, the real world melts away, leaving you only to focus on the task at hand. When it’s this hot, sometimes distracting ourselves is the best we can do.

Online multiplayer games can be great for this, especially twitchy FPS titles like Call of Duty, Overwatch, Apex Legends, Valorant, etc. It can feel pretty transcendent when you get into a groove, and I’m pressed to find any other genres that get me to an equally euphoric flow state as quickly, but beware of the flip side of that coin – these types of games can have pretty high highs, but that opens the door to some low lows as well. At least you won’t have to worry about your hands being warmed up enough, right?

Rhythm games are another great option if you’re into that sort of thing. Got your old Guitar Hero or Rock Band instruments collecting dust? Maybe it’s time to bust those out again! Or if roguelikes are more your thing, maybe try Tomb of the Necrodancer or its Zelda spinoff, Cadence of Hyrule.

I’ve also heard Tetris Effect is incredible for achieving flow state, but I’ve yet to give that one a try. Someone let me know how it is, yeah?

Chill out in a figurative sense first

Yes, it’s hot out here, and my panicking about the impending climate crisis doesn’t help anything. In cases where my anxiety is making me even hotter under the collar, I found that playing a game to relax can go a long way. These types of cool summer games can vary from person to person — maybe you love a farming sim like Stardew Valley or Story of Seasons, or a puzzle game can help you calm down.

There are also more artistic, poetic games that can be really soothing, especially because they don’t have any sort of fail state. Journey or Flower are my favorites in that regard, but pretty much anything from thatgamecompany will do.

If you’re more narratively inclined, I also recommend games like What Remains of Edith Finch or Gone Home. There’s also Telltale’s old catalog you could work your way through — some of them can be a bit intense, but at least you don’t have to strain yourself when it comes to gameplay.

Switch on that Switch for cool summer games

If you have a Nintendo Switch, that might be the way to go in terms of a cooler gaming experience. For one thing, you’re not tethered to one specific spot — the console’s handheld mode means you can game anywhere you damn well please, which includes directly in front of your air conditioner or fan. Or maybe even your open refrigerator. We won’t judge.

Plus, large consoles like a PlayStation or Xbox, or a PC, often pump large amounts of hot air into your room. Sure, the Switch may not have the processing power to game in 4K, but what it lacks in graphical superiority, it makes up for in that it doesn’t act as a mini-furnace.

We know times are tough out there, so in all seriousness, we hope you can find some of this helpful. Make sure to stay hydrated as best you can, take care of yourself, and we wish you happy, chilled-out gaming!