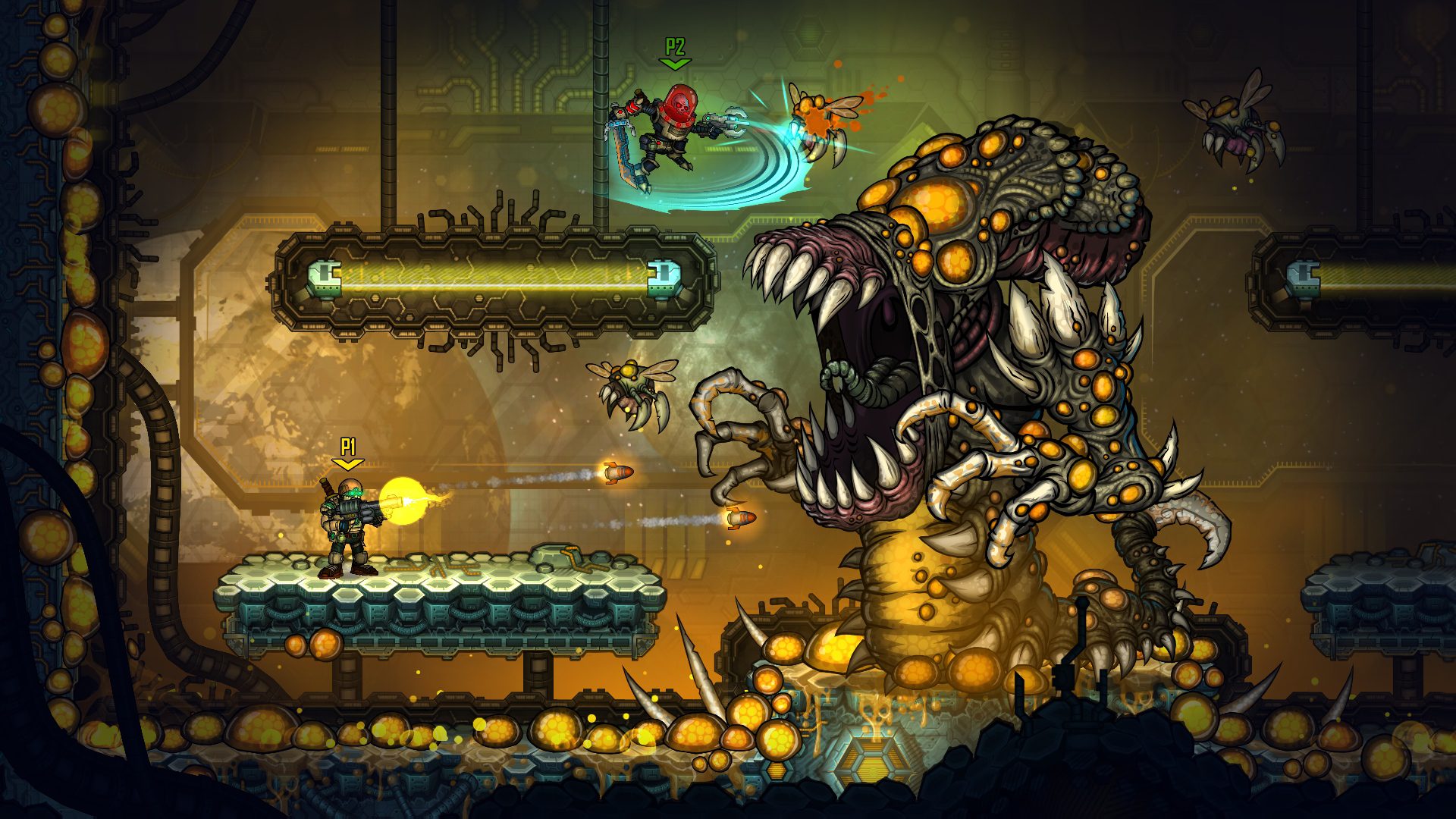 AKA The Badass Hero

In today’s contest you can win a copy of action-based comic shooter Fury Unleashed for Switch, PS4, Xbox One, or Steam!

Are y’all ready for round three? Way back when (nearly two years ago — yikes!), we put up some Early Access copies of an awesome cartoonish shooter called The Badass Hero so you guys could check it out. We followed it up a few months later when the name changed, and several more improvements could be made.

Well, now it’s ready for its official release across Steam and current-gen consoles! So buckle up and enter for your chance to win a copy of Fury Unleashed for your platform of choice!

This action-shooter is obsessed with constant, nonstop chaos. The comic book worlds of Fury Unleashed are going through an identity crisis, and it’s up to you to shoot the hell out of every alien, monster, critter, robot, and bugger to set things right. Combo by killing consecutive enemies, and if you’re good enough, you can complete the game using one continuous combo. Read some more game features below:

The last time I got through anything with a full combo was at Taco Bell, so I’m already pretty out of my league on this one.

To enter to win, use the widget below to leave your name and email address — you can enter daily. Also be sure to specify which platform/region you’d like so I know what to give you. You can earn bonus entries, so click around and have some fun.

We have a bunch of keys to give out, so I’m not going to bother listing how many/what platform; winners will be drawn Friday, May 8. PC Invasion has more keys to give away, so go check ’em out!

Fury Unleashed will be available May 8 on Steam, Switch, PS4, and Xbox One.

Dtoid Contest: Work out all that festering rage with a copy of comic book shooter Fury Unleashed