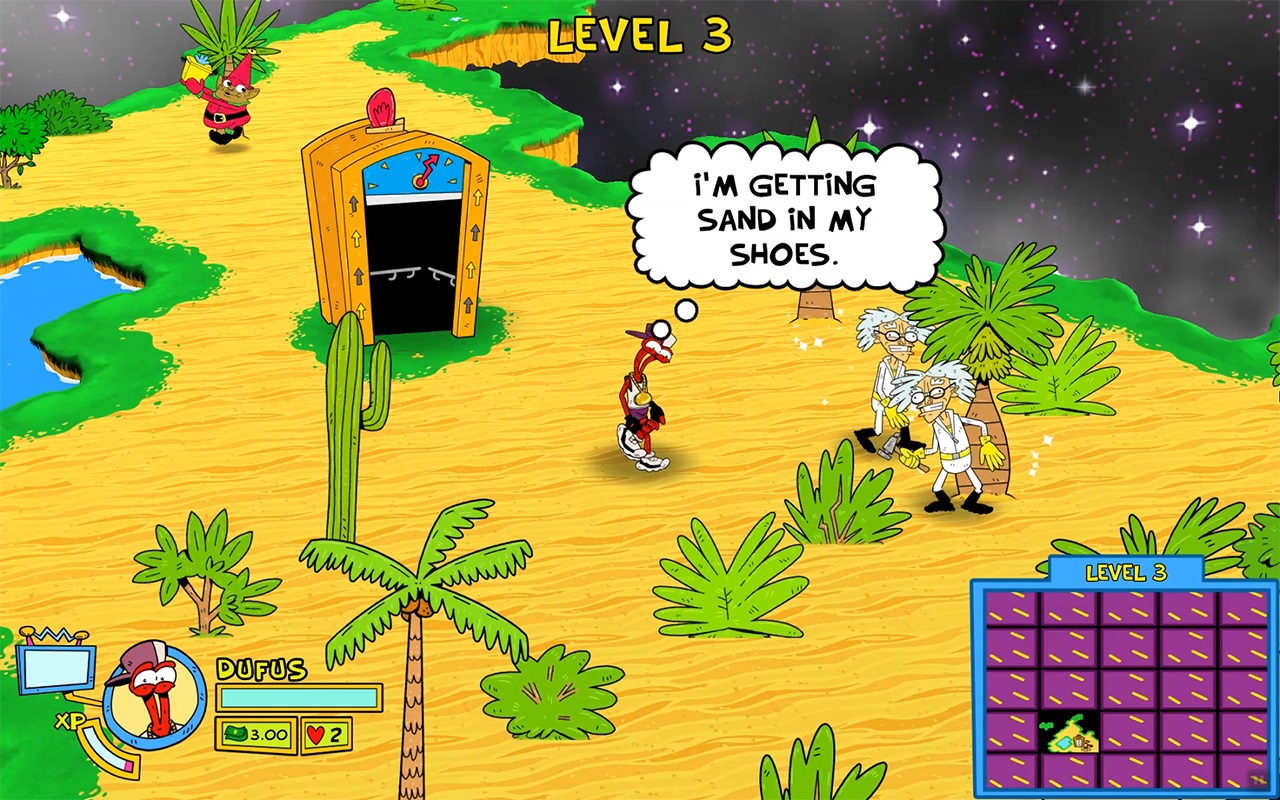 Get your groove back with our contest for ToeJam & Earl: Back in the Groove!

I never understood how something could be both funky and fresh, but ToeJam and Earl have always been known as funky fresh. Quite the conundrum, right?

Well you can figure it out for yourself by winning a Steam, PS4, or Xbox One copy of ToeJam & Earl: Back in the Groove! CJ liked it. I think you will, too.

2019 is the new 1991 as ToeJam and Earl crash land on Earth yet again — this time breaking not only their ship, but the planet, too! It’s up to the funky fresh duo to recover pieces of the ship throughout its 25 randomly-generated levels to make it back to Planet Funkotron. Run into various annoying Earthlings who’ll probably give you a bunch of dumb Earth stuff to do, and pick up presents which will either help or hinder your progress. You’ll never know which until you unwrap them!

Oh yeah and there’s local and online multiplayer, so you can get down with some friends. Give each other presents and hope for the worst as you work together, and sometimes against one another, to rebuild your ship. With additional minigames and a totally ’90s vibe, you’re going to have a good time either way.

To enter to win a copy, use the widget below to leave your name and email address; be sure to tell us which platform you have. You can enter daily for additional chances. For bonus entries, follow Dtoid and TJ&E on Twitter and share our contest post with your friends.

While you’re waiting to hear who won, use the comments to wax poetic about the ’90s. I’ll always miss people showing up with a beeper like they’re the shit. It’s like, wow, you’re so important. But joke’s on you, buddy — your mom can page you home at any time now!

We have three Steam, PS4 (NA), and Xbox One keys, each. Winners will be drawn on Wednesday, March 20.

ToeJam & Earl: Back in the Groove is available now on Steam, PS4, Xbox One, and Switch.

Contest: Win ToeJam & Earl: Back in the Groove for PC, PS4, or Xbox One