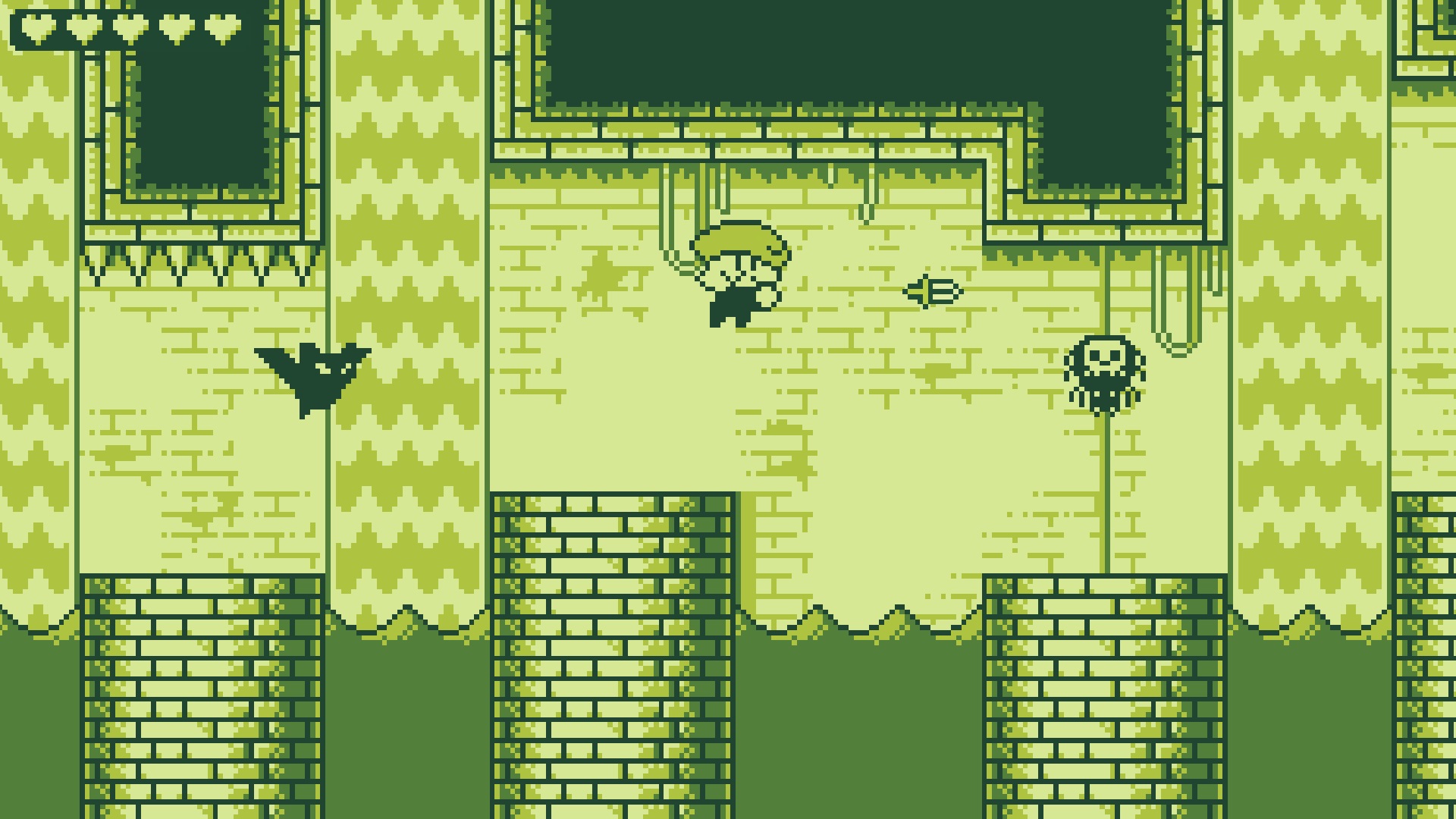 Judge these dungeons not by their size

Wes Tacos took the day off, so I’m filling in for him. I’m his cousin, Les Nachos. Nice to meet you. I don’t make any jokes or anything like he does, so you’ll have to just stick with the facts.

Here’s a fact: Today I’m giving away Steam copies of the new Game Boy-inspired Metroidvania title Tiny Dangerous Dungeons. If you win, you’ll be able to play this game. Ok those are the facts.

Here are some facts about the video game, Tiny Dangerous Dungeons. It was released by indie developer Adventure Islands, who created another cool-looking game Duke Dashington. In TDD, you play as adventurer Timmy in his quest to find a treasure that is, for his sake, disproportionate to the size of the dungeons he traverses. Along the way he’ll pick up new skills and abilities to unlock new areas, defeat new enemies, and get all-around better at adventuring. The appealing monochrome art style hearkens to the Game Boy days, and the familiar gameplay should appeal to fans of the genre. Plus, there’s a Time Trial mode. People seem to love time trials.

Also, take a look at this froggy from the game. It is a fact that it is very cute.

Ok, these are the facts as I know them. Thank you for your time.

As I understand it, Wes usually says something really dumb throughout the course of one of these articles. So, to enter to win, comment below saying something stupid that Wes might say had he written this contest. Don’t be nice, he’s certainly not.

We have five Steam keys to give away. Winners will be drawn on Wednesday, March 6. Make sure to comment using a Dtoid account with your current email address on file. New users can sign up here to make fun of my idiot cousin, Wes.

Tiny Dangerous Dungeons is available now on Steam. You can head over to PC Invasion for more opportunities to win.