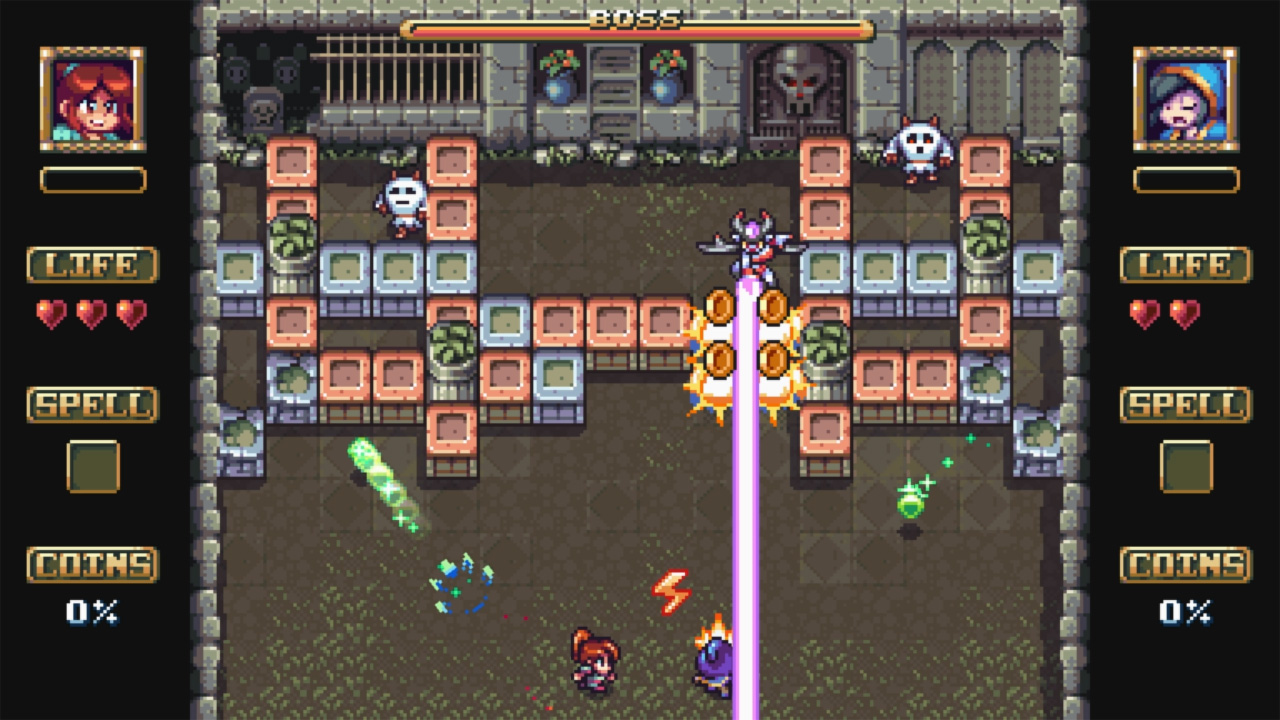 Break those bricks, sister! Enter our contest for a chance to win Strikey Sisters for Switch!

I’ll admit it: I love brick-breaking games. I have no idea why, I just always have. So when I saw one come in through the tipline that featured boss battles, I immediately jumped on it. I want you all to play this game.

So, here we are! Win a copy of Strikey Sisters for Switch!

Strikey Sisters is an adventure game/brick breaker hybrid, and I can’t believe I just typed that. You go around fighting enemies and bosses and stuff using a ball you can control and upgrade with spells. Honestly there’s not a ton to say about this that the trailer can’t lay out for you, so I’ll just give you some game features.

This really checks most of my boxes for a game. I mean, cheesy ’90s game voice acting is an official game feature from the press release! How rad is that?

To enter to win, tell us your region (NA/EU) and your favorite instance of cheesy acting. It can be voice acting, normal acting — whatever. Images, gifs, videos, and the like are all welcome. I just love, absolutely love, cheesy acting!

We have two NA and two EU Switch keys to give out. Please make sure to specify your region. Winners will be drawn Thursday, March 14. Make sure you comment using a Dtoid account with your current email address on file. New users can sign up here to lay some cheese on me!

Strikey Sisters is available now for Nintendo Switch. Swing over to Nintendo Enthusiast for more chances to win.