We’ve got a physical card game in today’s contest! Win Trial by Trolley, from the wackos at Cyanide & Happiness and Skybound!

I’ve never been super big on web content outside of what we produce here at Dtoid, but man there are some fantastic webcomics out there. Hell, here in the Quickposts (JOIN US) we do #Striptoid where users post their favorite webcomics from around the ‘net. It’s great.

Though I’ve been a fan of Cyanide & Happiness for years, they’re frequent flyers in our weekly posts. The weirdos behind the comic have just released a party game, Trial by Trolley, and we’ve got a set to give away! 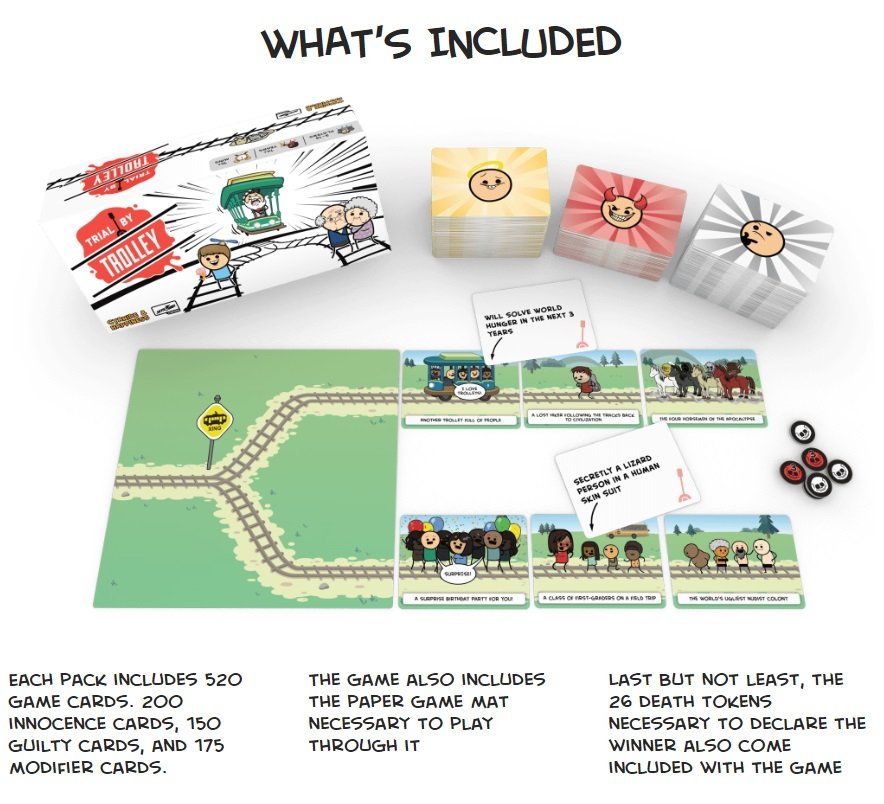 Just like everything from Cyanide & Happiness, this party card game is a bit on the dark side. One player is the conductor, in charge of a speeding train going down one of two tracks. Two teams are dealt a card featuring an innocent party on each track, and must convince the conductor to hit the other team’s party and save their own! They’ll use cards to modify each side, sabotaging the opposition while trying to make their side look even more innocent. The game ends when the conductor finally decides which team to plow into!

It’s fun for the whole family! Except Grandma — you know the second you say something about that group of blind orphans she’ll complain and refuse to play. Grow up, Grandma! You don’t have much time left, anyway.

To enter to win, use the widget below to leave your name and email address. You can enter daily. Click around in the widget for ways to earn bonus entries.

We have one game set to give away — you must have a United States shipping address in order to win. Our winner will be drawn Wednesday, February 19.

Trial by Trolley from Skybound is available now on Amazon and select retailers that don’t totally suck.