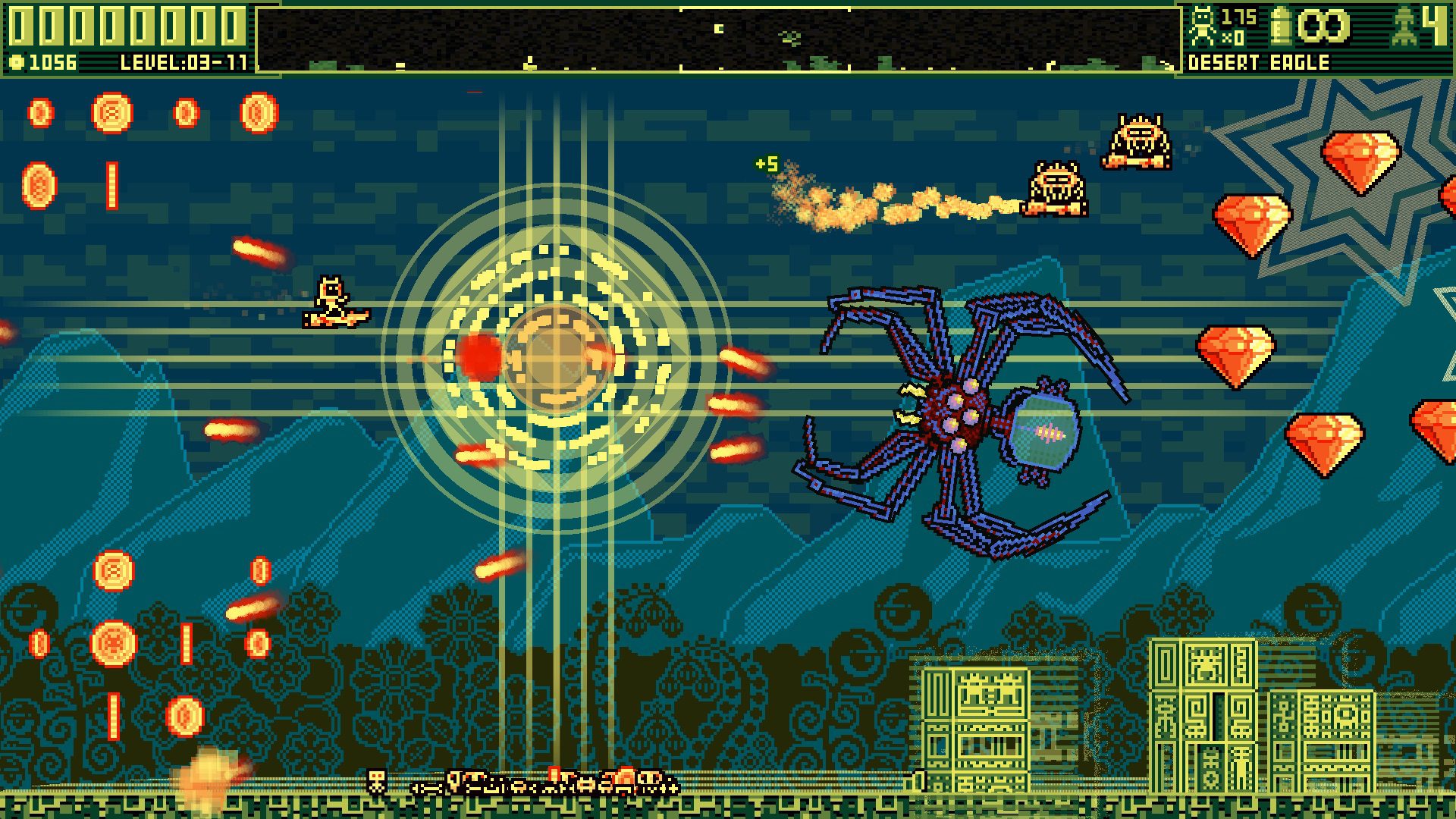 In today’s contest you can win Jetboard Joust for Steam!

Remember how we used to turn to fantasy to escape the harsh truths of reality? Let’s do that. Like, right now. We need it.

Retro, arcadey shooter Jetboard Joust just hit Steam — and it’s a looker! Live out your dreams of destroying intergalactic bugs as the Silver Surfer in this skybound action game. Chant with me: FAN-TA-SY! FAN-TA-SY!

I don’t know anyone who expected a sequel to 1989’s Skateboard Joust, but hey, anything can happen in 2020. In this jetboard-fueled roguelike, you’ll blend the modern trappings of procedural levels with branching paths with old-school aesthetics and design. Manage your altitude while simultaneously avoiding incoming fire as your save the world from intergalactic insects hellbent on enslaving humanity. Collect coins from defeated foes to purchase new weapons and armor upgrades to take on five bosses and over fifty enemies across this classics-inspired shooter.

If you’re old and rickety like me, you’ll feel right at home with this one!

To enter to win, use the widget below to leave your name and email address. You can enter daily. Click around for ways to earn bonus entries, and be sure to tell us in the comments your favorite fantasy world when you need a break from reality.

We have five Steam keys to give away; our winners will be drawn next Monday.