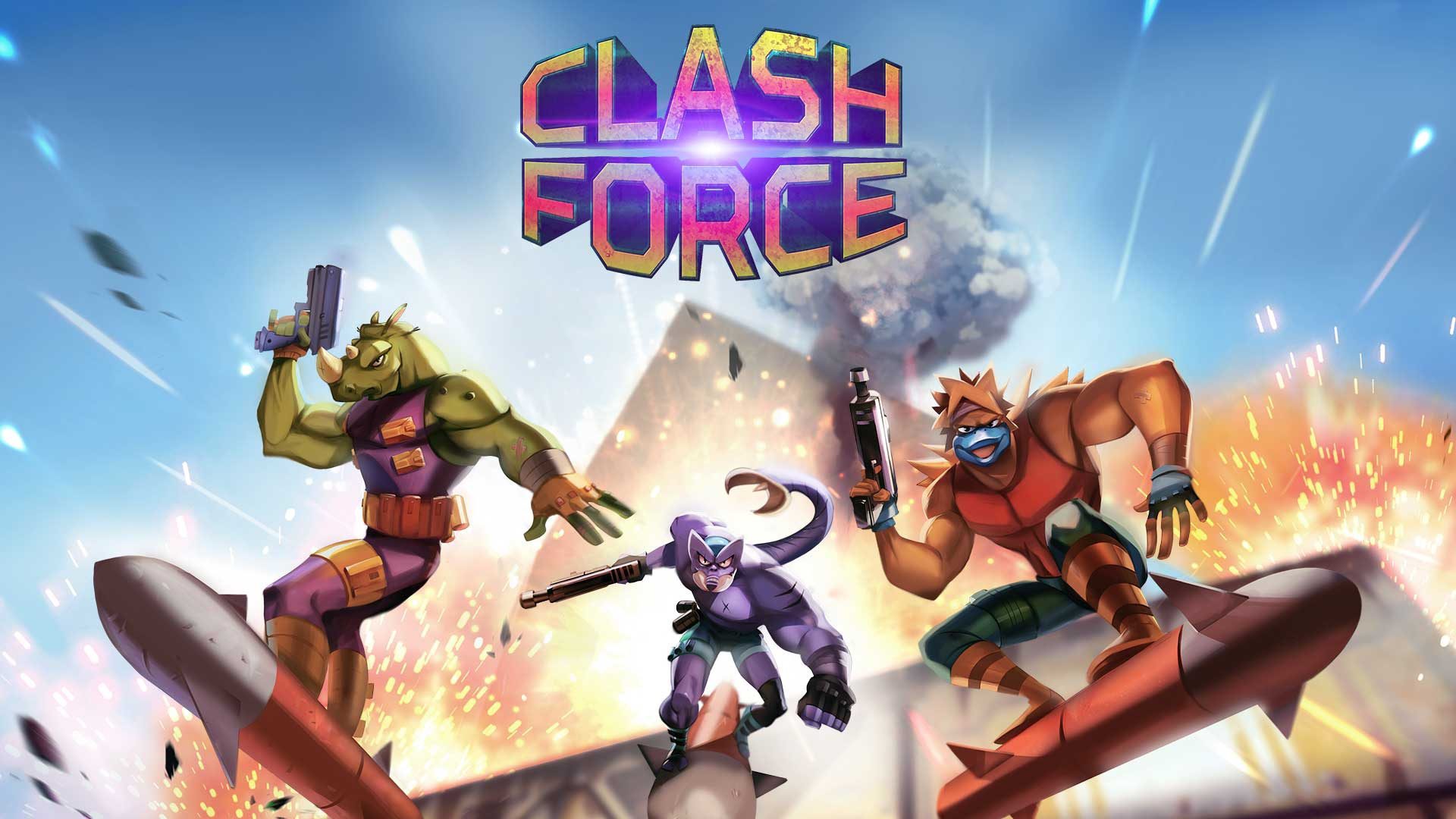 In today’s contest you can win Clash Force for Switch, PS4, or Xbox One!

These things just come together: A developer called Spicy Gyro Games made a retro sidescroller based on the concept of an 80s cartoon and there’s a fudging rhino riding a rocket.

I said, THERE’S A RHINO RIDING A ROCKET.

Alright, ’nuff said. It’s called Clash Force and we’re giving it away. Because rhinos, rockets, and whatnot.

I’m only typing anything else out of respect to the game, because the header and intro above should be more than enough to convince you on this one. But it’s wacky. The bad guy is called The Evil Crackman and you can play as a rhino, rat-thing, and duck-guy called Voom, Scorpido, and Echid. It looks kinda like Contra, Mega Man, and the first TMNT NES game got thrown into a blender and my 12-year-old nephew tried his best to glue it all back together.

I consider that a compliment, btw.

Use the widget below to leave your name, email address, and platform of choice for your chance to win a copy. Do the other stuff in the widget for bonus entries, and hit up Nintendo Enthusiast to do it all over again to double your odds of winning.

Clash Force is available now for Switch, PS4, and Xbox One.