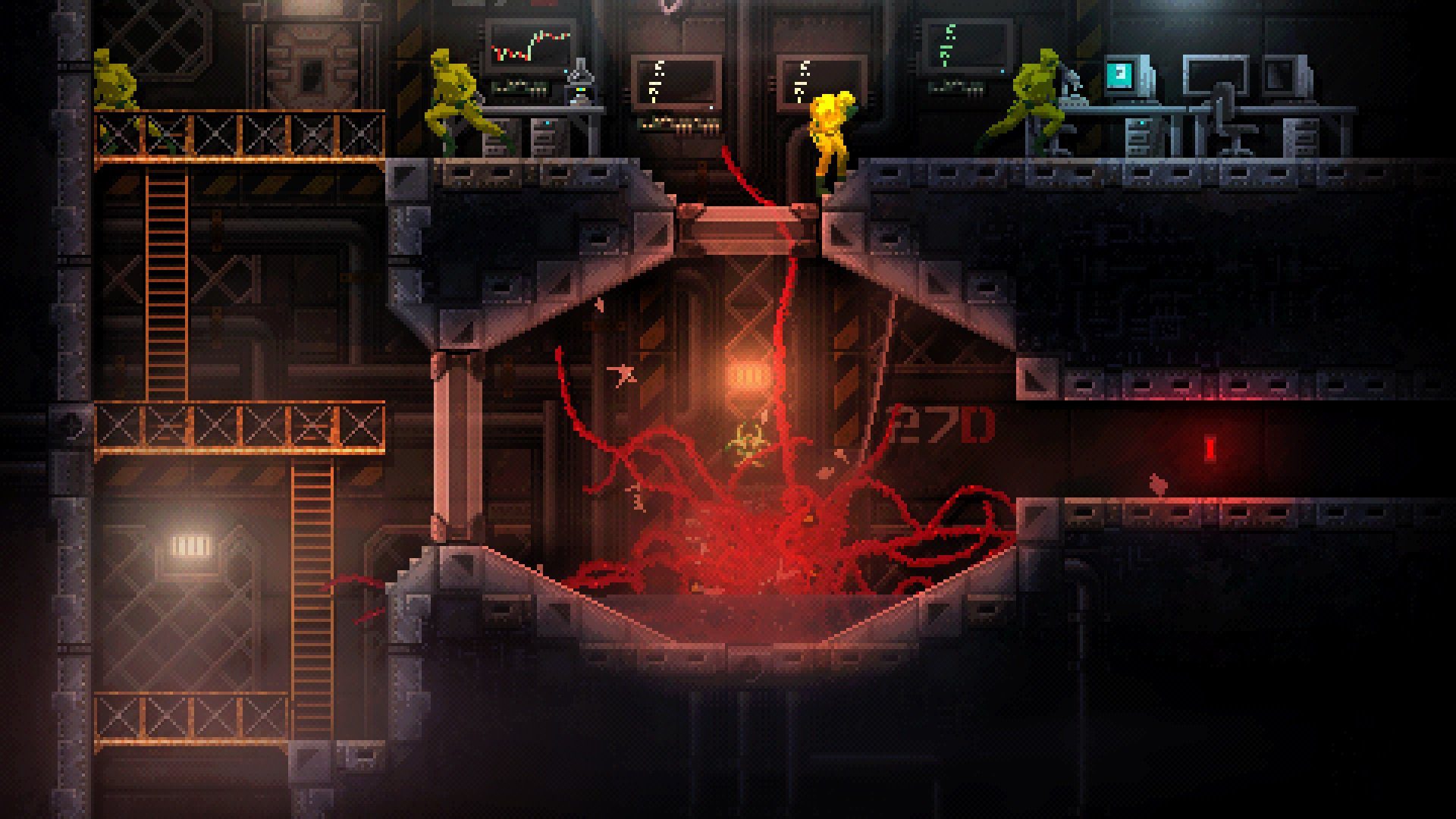 In today’s contest you can win Carrion for Switch or Steam!

Well, this game sure it gross! Carrion hit digital storefronts last week, and like with most Devolver Digital joints, it’s a weird one. So wrap your fleshy tentacles around a Switch or Steam copy while you still can!

If you’ve watched the trailer, you pretty much know what to expect. You play as a gross, fleshy, oozing blob (no, not me) as it tries to escape the facility in which it was created. You’ll have to squeeze through vents, bust open doors, and of course, fuse with humans to solve the layout of the building. It’s bloody, it’s gross, and it looks like a ton of fun. Not much else to say on this one!

To enter to win, comment below telling us your preferred platform, and the grossest thing you’ve ever seen in a video game. As much as I don’t like Triborg as a “character,” its fatality from Mortal Kombat X where it folds the opponent into a fleshy cube was over the top and glorious. Super gross, and super cool. Just like Carrion!

We have five Switch NA and five Steam keys to give away; winners will be randomly selected this coming Friday. Make sure to comment using a Dtoid account with your current email address on file. If you’re new, sign up here and get yucky with us!

Carrion is available now for Nintendo Switch and Steam.