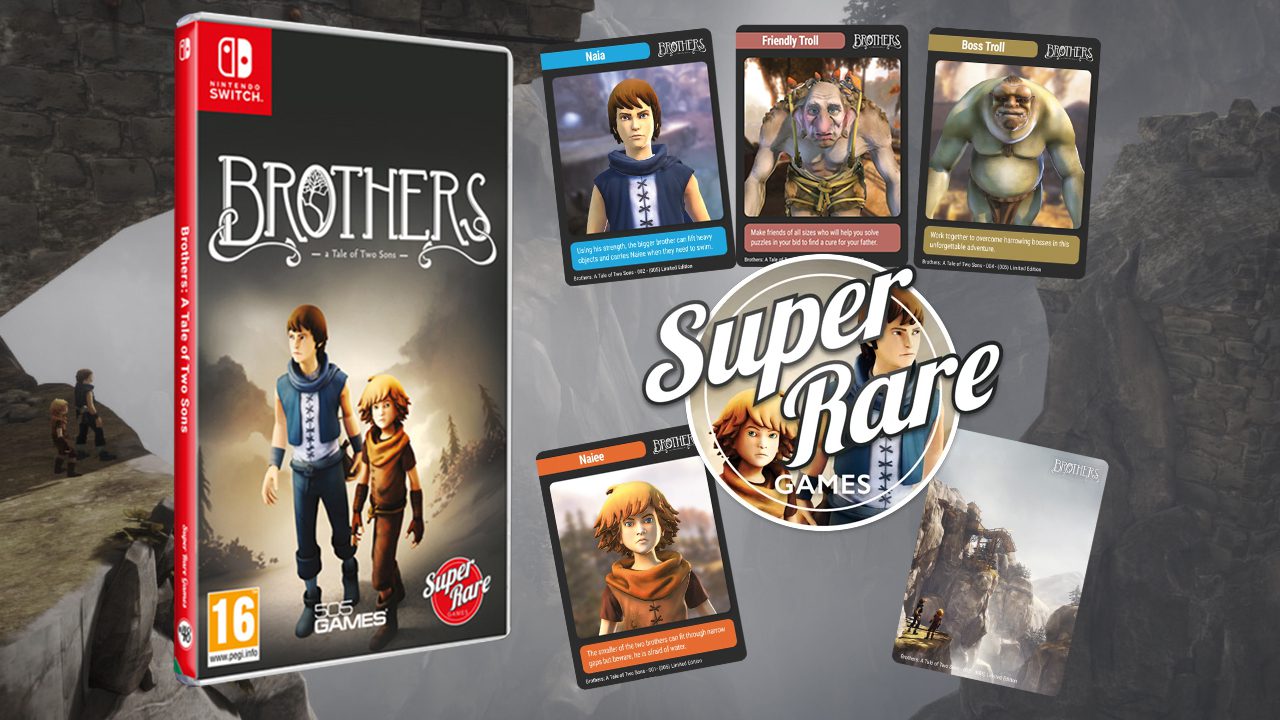 In today’s contest you can win a physical Switch copy of Brothers: A Tale of Two Sons, courtesy of Super Rare Games!

I have two sisters, so I don’t think I’m at all capable of relating to this game. Sad! I always wanted a brother, but you know, a little brother who was kind of a wuss so I could beat him up and stuff. And now that we’re older I’d still give him a noogie and download Grindr to his phone while he wasn’t looking so his wife would think he was cheating and divorce him and wow that got dark really quickly.

Um, anyway, Super Rare Games just put out their limited physical release of Brothers: A Tale of Two Sons on Switch! Win a copy and tell me what it’s like to have a male sibling.

The cinematic adventure game from Swedish film director Josef Fares is finally getting a physical release on Switch! Control two brothers in their journey to save their father in this heartfelt narrative experience.

Also, local co-op for the first time on Switch! 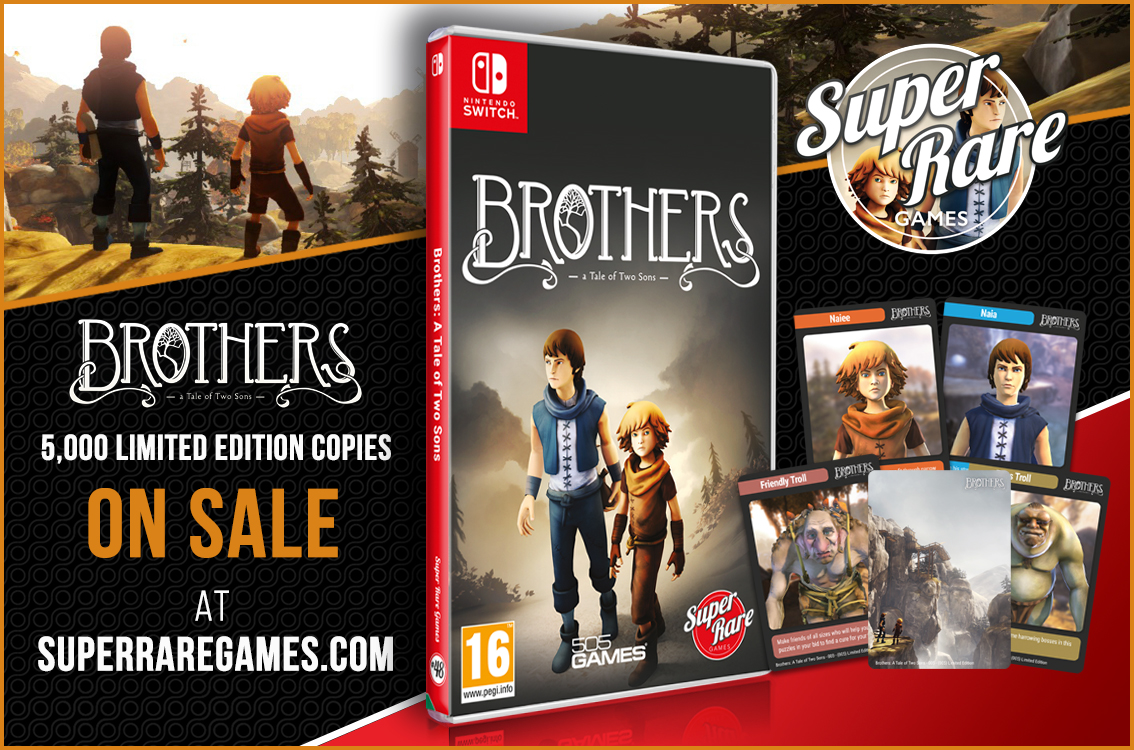 Use the widget below to enter for your chance to win! You can enter daily. Be sure to click around for bonus entries, and comment below telling me what it’s actually like to have a brother.

We have one standard copy of the game to give away; we’ll draw our winner next Thursday. This is shipping from SRG HQ, so there are no shipping restrictions! Just be advised that if your country imposes any sort of import tax on items, you’re responsible for the fees.

Brothers: A Tale of Two Sons is available now from Super Rare Games.