Good news, everyone! V4 just hit the open air and you know what that means: Free stuff to promote it!

We’ve got a super fancy set of Razer Hammerhead True Wireless Earbuds to dole out to a lucky winner, so keep them fingers crossed! Except while you’re playing V4, because then you’ll lose.

Powered by Unreal Engine 4, V4 is a cross-platform free-to-play fantasy MMORPG that gives players the ability to customize their heroes as they defend a breathtaking world from the forces of darkness. With exquisitely detailed battles and offense-focused classes, players can team up with warriors from all over the world on mobile and PC to defeat evil.

V4 challenges players to save Syllunas, a once paradisal land that is now being threatened by demonic forces led by the villainous Guardion and the Scoria Knights. Featuring six offense-focused classes, V4 allows players the opportunity to deal maximum damage as they navigate through the adventure-packed environment.

Hey, you can play it from your phone on the train. Or the toilet. So far, so good. Now read about these sweet buds. 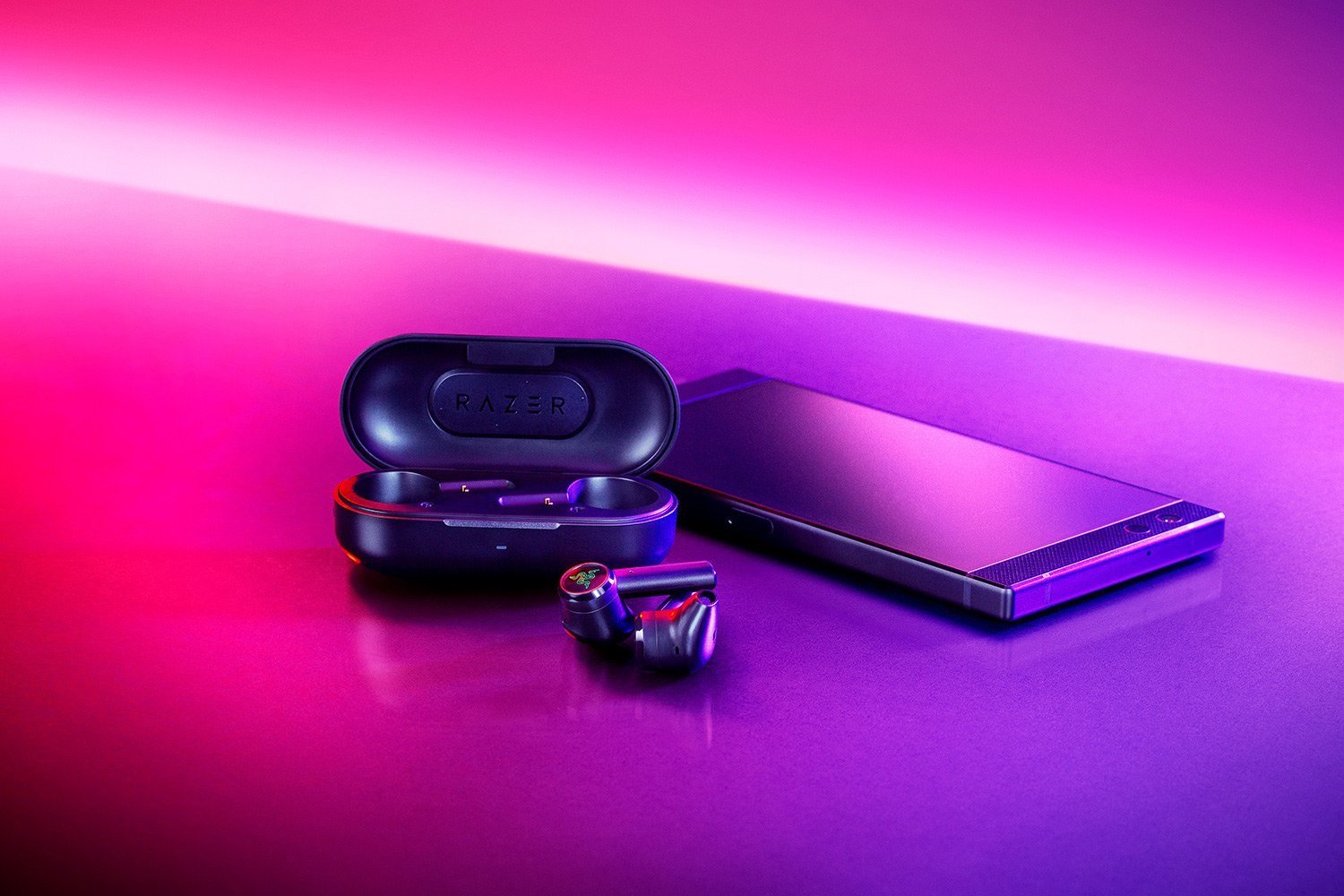 With low latency connection, waterproof design and custom tuned 13mm drivers, the Hammerhead True Wireless Earbuds enhance the gaming experience while players explore the open world of V4 whether at home or on-the-go.

The wireless earbuds have an extremely low 60ms input latency, which means its audio stays synced with your device and will never stutter, providing a competitive gaming advantage and a more immersive experience for videos and music.

Ok, enough talk: Enter to win by using the widget below. You can enter daily. Click around and follow the instructions for ways to earn bonus entries.

We have one set of earbuds to give away; our winner will be randomly selected August 7. This is a physical prize, so you must have a United States shipping address to qualify. Better luck next time, Lithuania.

V4 is available to play now — free on both PC and mobile.

With low latency connection, waterproof design and custom tuned 13mm drivers, the Hammerhead True Wireless Earbuds enhance the gaming experience while players explore the open world of V4 whether at home or on-the-go.