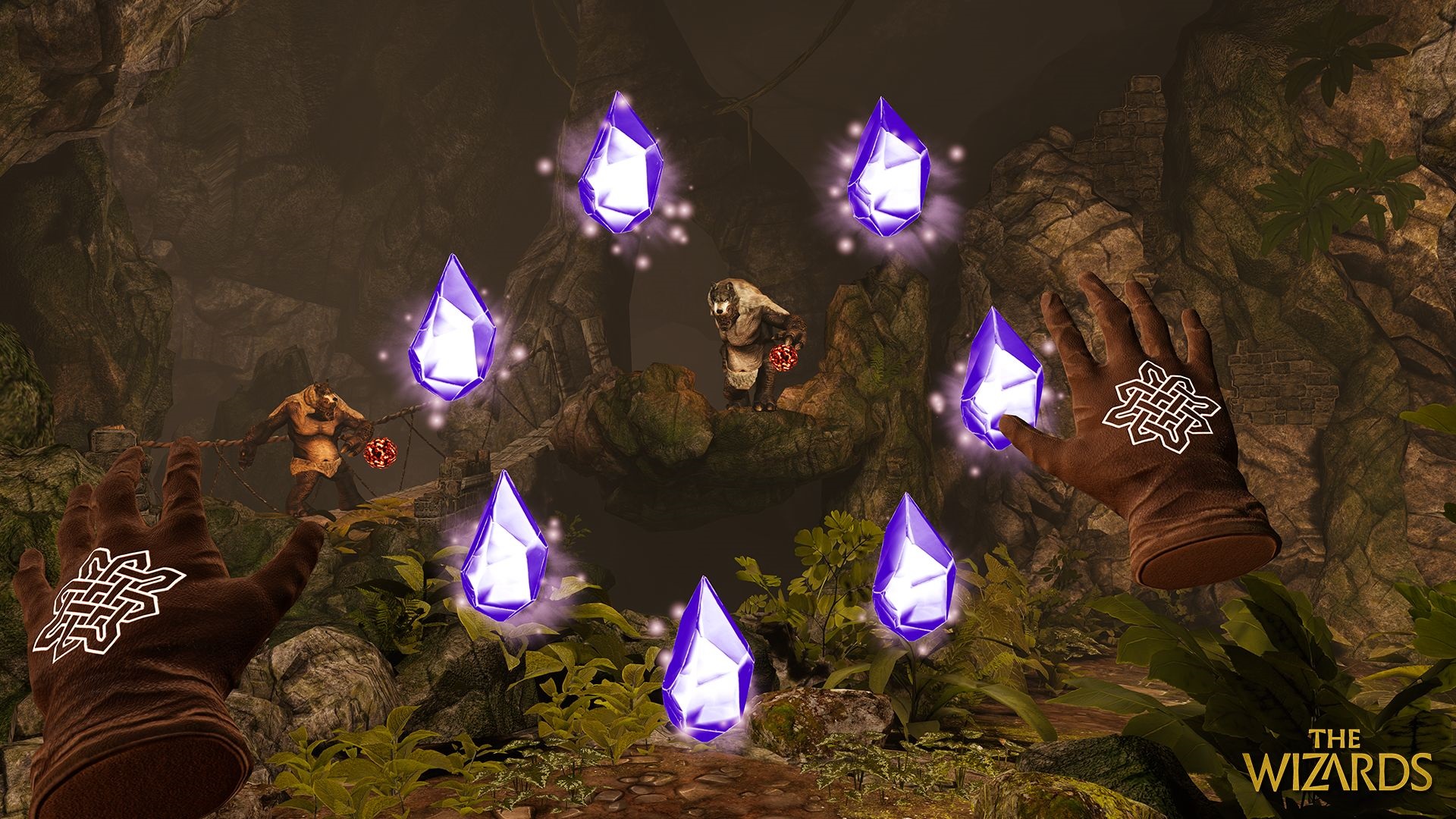 We’ve got a physical copy of PSVR title The Wizards: Enhanced Edition to give away in today’s contest!

Is there anything cooler than being a wizard? I mean, apart from literally anything else, of course. But in the nerdy sense, being a wizard is kind of effing awesome. You get to wear a robe and grow a long beard and smoke hilariously long pipes and carry a big stick and do magic and stuff. Not like David Blaine magic, but real magic. Like getting your taxes done on time and whisking away your poop when you crap your pants in the middle of campus.

Well, thanks to the wonders of technology you can experience all of that, and more! We’ve got a PSVR retail copy of The Wizards: Enhanced Edition to give away, so cast your spell to win it!

Read some press material I conjured up. And by “conjured up,” I do of course mean it was emailed to me. Actually remembering my password was kind of magical, though, so that counts.

In The Wizards – Enhanced Edition, players assume the role of a young sorcerer traveling through time to protect the realm of Meliora from destructive enemy forces. Casting elemental spells is key to freeze, burn or electrocute the legions of orcs, goblins and dragons infesting the lands. Players will unlock arcane secrets as they master the spell gestures, learning to adapt their tactics to the fast-paced flow of combat.

The Enhanced Edition adds a brand-new level to the Story Campaign for players to explore a fresh map, face new battles, and dive into the expanded lore. Players seeking out global competition can try their magical hands in the Arena Mode, confronting endless waves of enemies to conjure up a spot on the online scoreboards. Fate Cards, discoverable in both game modes, can change the difficulty and rules to the player’s liking as they augment their skills or sacrifice their bonuses for high risk, high reward gameplay.

I didn’t read anything about cleaning up human waste with magic, but I’m guessing it’s just a given and they don’t feel the need to mention it in the features.

To enter to win your copy, use the widget below to leave your name and email address. You can enter daily. For bonus entries, follow Dtoid and @TheWizardsGame on Twitter, and share our post with your friends.

While you’re waiting to see who won, we want to know what else magic can hide. Can it hide your blemishes before a date? What about the skeletons in your closet? Magic is versatile.

We have one physical copy of the game to give away. You must have a United States shipping address in order to win. Winner will be drawn Friday, August 16. This is a VR game, of course, so you need PSVR to play it.

The Wizards: Enhanced Edition is available at retail on August 13 at Amazon, Best Buy, and GameStop, and is available now digitally through the PlayStation Store.

Contest: Whip out your wands for a PSVR copy of The Wizards: Enhanced Edition