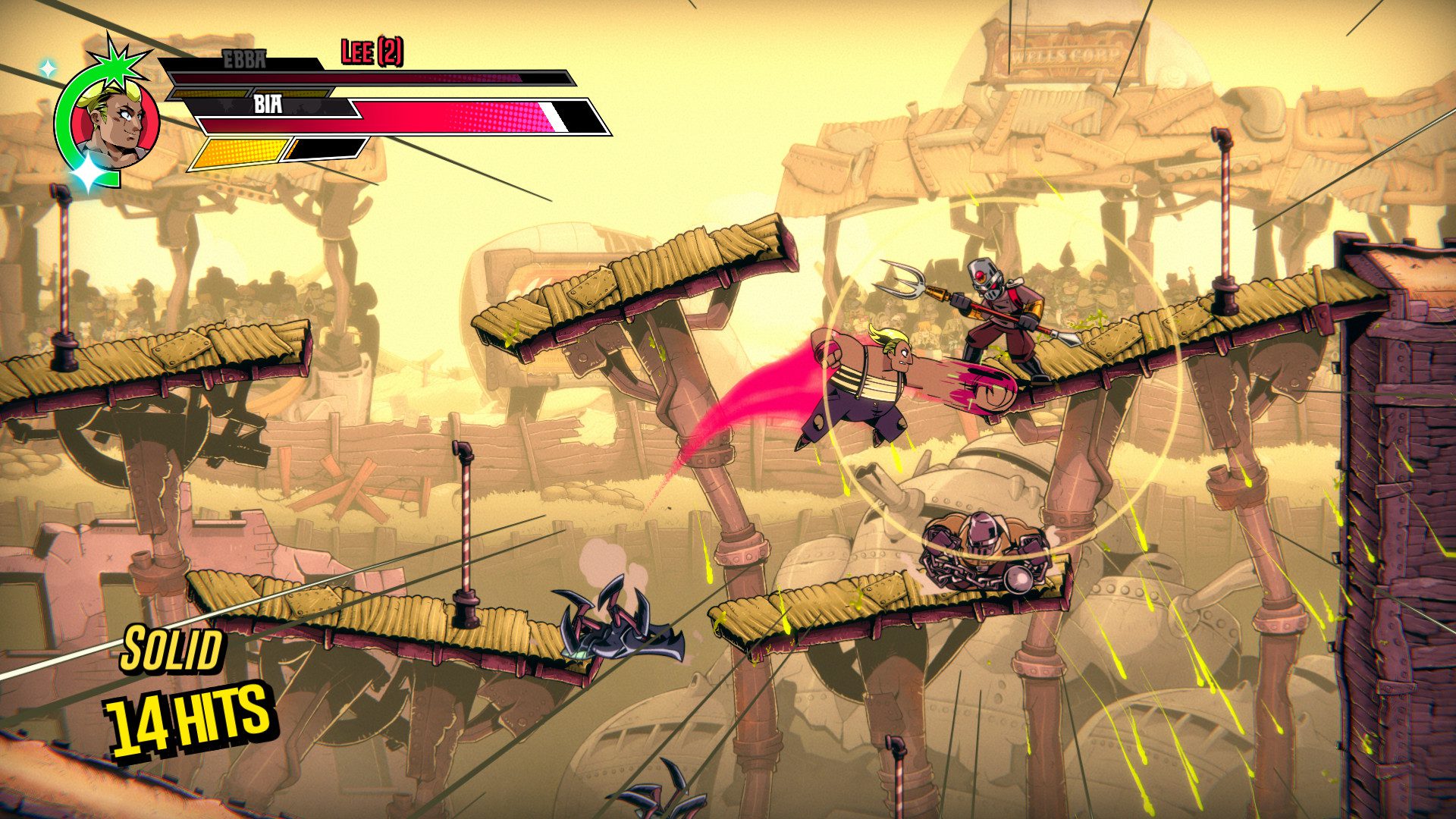 In today’s contest, you can win a Steam copy of Speed Brawl!

I know we typically give out new games, but where’s the love for the older titles? I mean, it’s like someone who won’t watch a movie because it’s like two years old. It’s rude. I don’t like that. Let’s give some love to the older guys.

Speed Brawl isn’t new, but it’s still damned awesome. This runner-meets-brawler title deserves some love, so win yourself a free copy for Steam!

Entertainment is king; love live entertainment! After a decade-long war against an insectoid alien invasion, the British empire has finally won and stabilized, making the once-conquerors now pawns in a new sport. This sport is Speed Brawl, where competitors use speed and violence to create bombastic combo strings aimed at keeping the momentum alive. Game features include:

I’m already out of breath just reading about it. You guys go on ahead.

To enter to win your copy, comment below telling us something you can do in a speedy manner. I’m usually really fast at typing, so I hardly even notice having to type out so many apology emails to local Burger Kings when I make in the dining area. It’s pretty much second nature to me at this point.

We have ten Steam copies to give away; winners will be drawn Monday, May 18. Make sure to comment using a Dtoid account with your current email address on file. If you’re new, sign up here and tell us about how quick you are at something!

Speed Brawl is available now for PC and consoles. You can hit up PC Invasion for more chances to win a copy!