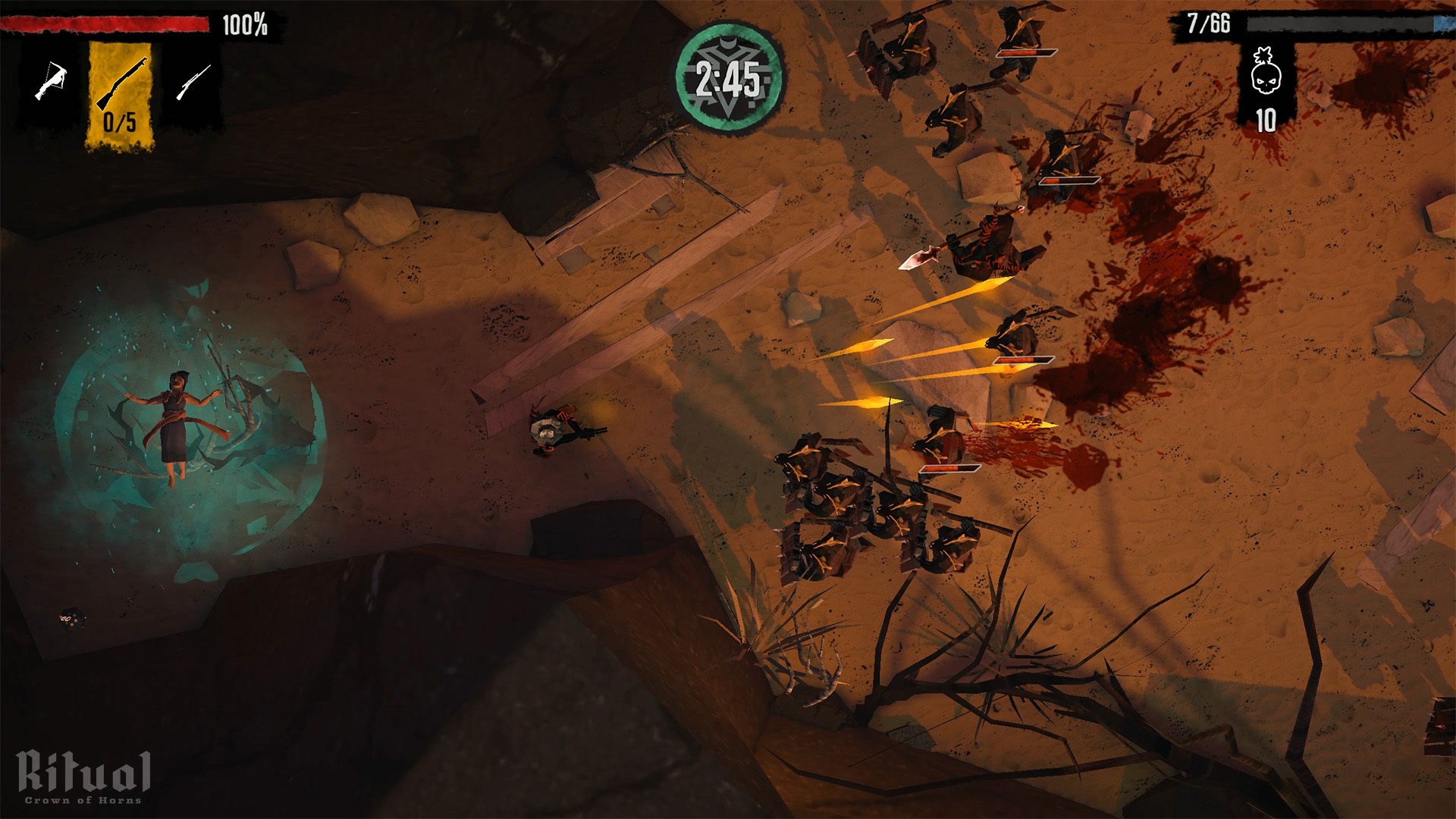 Did someone say “weird?” Y’all know I can’t resist weird. The second things get a little outside the ordinary, I go from zero to sixty-nine instantly. INSTANTLY.

In this one, they said screw the Wild West — we’re going to the Weird West. And I wouldn’t have it any other way. Top-down shooter Ritual: Crowns of Horns just launched for Nintendo Switch, and we’ve got some keys up for grabs. So, come grab it!

I actually really love the description of this one from the presser, so read that so I don’t have to butcher it all up.

It’s 18XX. You were a lawman on a mission to track down a dangerous witch. Upon reaching your goal, you found yourself in a fatal ambush prepared by horned beast-like men. Your death was probably just collateral damage, quickly brushed under the carpet. Now, brought back from beyond the grave by the dark magic of the witch you were supposed to take out, you find yourself in a forced alliance against a common enemy.

Understand the powers responsible for your misery and get rid of them once and for all. Make friends and enemies along the way. Traverse the entire United States of America to exorcise its demons. Ritual: Crown of Horns is a game about wrecking havoc on history, seeing through false narratives and embracing your inner monster.

I love this kind of goofy, fun stuff. Now you can, too!

To enter to win your copy, comment below telling us a feature of the Weird West. Like, cacti are shaped like hot dogs and tumbleweeds are sentient and guns only shoot creamed corn. That sort of thing. Get weird for me, kids.

We’ve got three Switch copies to give away; the keys are for North American eShop accounts, only. Winners will be drawn Wednesday, November 13. Make sure to comment using a Dtoid account with your current email address on file. Don’t have an account? Sign up here to get Weird with West.

Ritual: Crown of Horns is available now for Nintendo Switch. Head over to Nintendo Enthusiast for more chances to grab your copy.