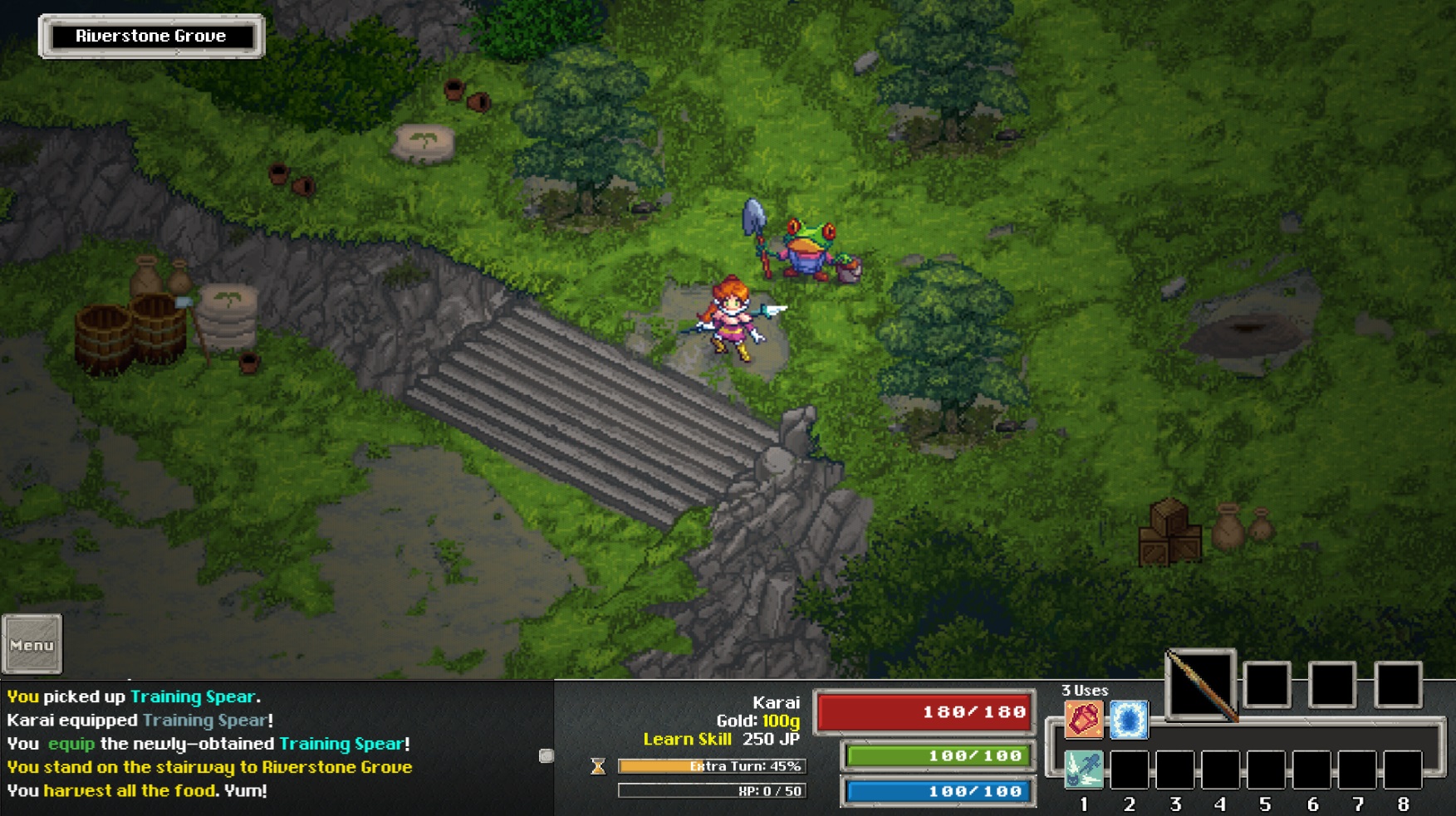 Get the game and all DLC!

In today’s contest we’re giving away Steam copies of Tangledeep and all its DLC!

Ok, who wants a 16-bit era-inspired roguelike RPG where you crawl around in dungeons, craft new weapons, and hang out with a frog-dude? I could have probably stopped at “frog-dude” and won most of you over, but I figured I should at least mention some actual parts of the game and how it plays. I have a job to do here, after all.

Tangledeep is releasing its newest expansion, Dawn of Dragons, this week. To celebrate, we’re giving away the base game, the second expansion DLC, and the newest content so you can dive in and experience everything the game has to offer. Isn’t that kind of us? It’s very kind of us.

I’m too busy crafting a new t-shirt launcher with all the crap I found in my last raid, so read this info on the game while I figure this thing out.

Tangledeep: Dawn of Dragons is the second expansion for Tangledeep, a 16-bit style roguelike dungeon crawling RPG. The focus of this expansion is a group of diabolical optional dungeons and bosses — the titular Dragons — who will challenge even the most seasoned Tangledeep players with new gameplay mechanics and encounters. Of course, there are new treasures to find and abilities to learn as well!

Players of all levels will find a wealth of additions to the game, enhancing the experience from level 1 to beyond the final boss. New content ranges from new weapon types like Whips and Hand Wraps, to an item crafting and transformation system, to new monsters (many of which can be captured and raised as pets), and dozens of new magic affixes to customize items with.

What could you possibly wrap around your hand to create a weapon? I’m baffled.

As stated, we’re giving away the base game, the first expansion (Legend of Shara), and the Dawn of Dragons DLC. To enter to win, comment below creating a hand wrap weapon. What would you wrap? How would you wrap it? What would be the effect of using it? I’m so confused right now. Wrap your answer around your hand or something, and then punch me.

We have three Steam key bundles to give away; winners will be drawn Friday, November 29. Make sure to comment using a Dtoid account with your current email address on file. Don’t have an account? Sign up here and start wrapping things around your various body parts to turn yourself into an oddly-clad killing machine.

Tangledeep is available now on Steam.