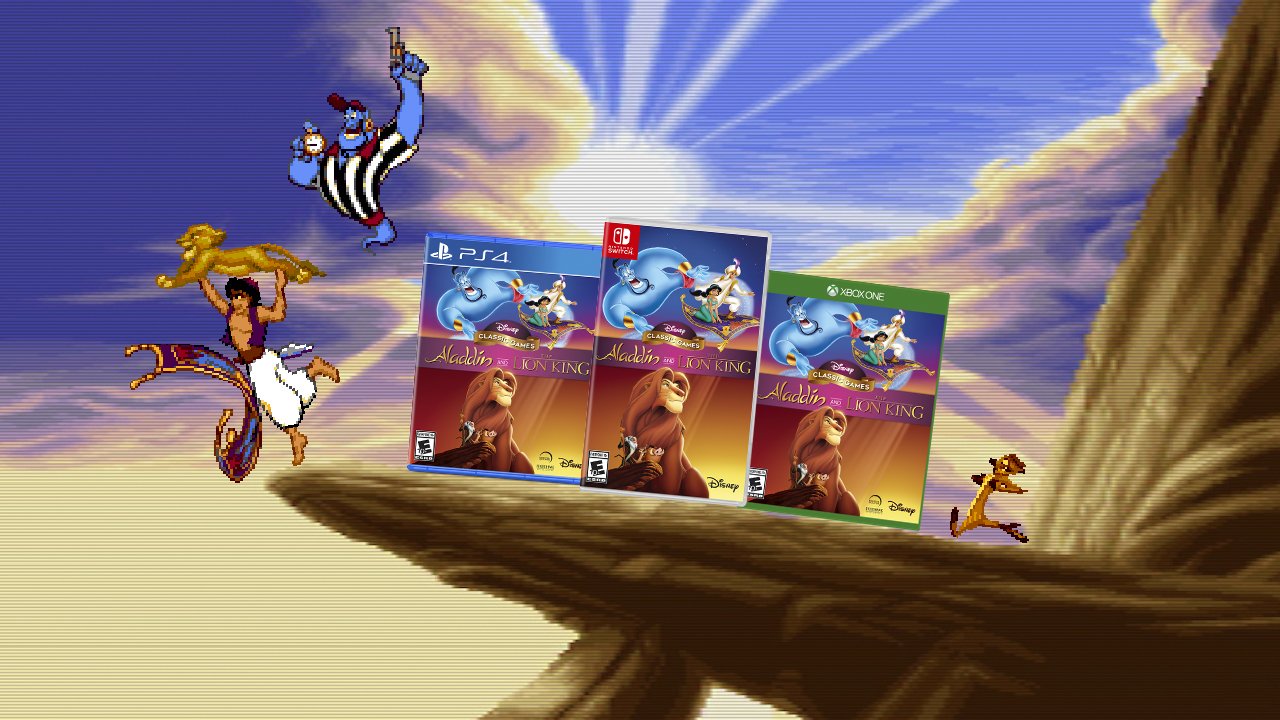 I was a Genesis kid growing up, which means I got to experience the superior version of the classic Aladdin platformer. It also means I was stuck with Sonic instead of Mario. Oh well — at least I got the version of Mortal Kombat with blood in it.

Relive the rivalry of Genesis versus SNES versions of games by getting your hands on one of these Switch, PS4, or Xbox One physical copies of Disney Classic Games: Aladdin and The Lion King, and try to not beat up your little brother in the process.

Remember the ’90s? I do. I grew up in an era when licensed games actually stood a pretty good chance of being good! And few were good-er than the Aladdin and Lion King games released on SNES and Genesis. From personal experience, I can say that the platforming for both were impeccable, and tied into the movies extremely well. People complain about the difficulty in The Lion King, but apart from a few segments I don’t recall having too much trouble with it. Granted it’s been some 25 years, and I used to be good at video games, but still…

Anyway, here are some game features instead of me waxing nostalgic about it!

I’d definitely have to use all the gameplay enhancements to play these games. My patience died in my 20s.

To enter to win your copy, comment below telling us your favorite licensed game. It can be any game, from any era. The ones above are great, sure, but have any of you played Predator: Concrete Jungle? That shit was bangin’. Prove me wrong.

We have one physical copy each for Switch, Xbox One, and PS4 to give away; MAKE SURE YOU COMMENT WHICH VERSION YOU’D LIKE. If you don’t, you’re not winning anything! Since this is a physical prize, you need a United States shipping address in order to win. We’ll draw winners Monday, December 9. Don’t have a Dtoid account? Sign up here to talk about that Predator game with us.

Disney Classic Games: Aladdin and The Lion King is available now digitally and in stores.