Welcome everybody to Constructoid, a video series where a panel of videogame characters and myself engage in a (mostly) constructive critique of game developers, publishers, journalists, characters, and players. This is the first episode. It might be awesome.

In our glorious debut, Mr. Resetti, Parappa the Rapper, and myself try to identify why the Xbox 360 doesn’t sell well in Japan, while coming up with ways that Microsoft could change that. The discussion goes just fine until Mr. Resetti does that thing that he does.

Let me stress right now that the opinions of Mr. Resetti are his and his alone, and are not necessarily shared by myself and/or by Destructoid as a whole.

Sadly, there was one major point that I didn’t get to address in this video: how the very different values of Japanese gamers regarding online play are a reason — maybe the reason — why the Xbox 360 sells so poorly in Japan. I’m going to tackle that issue in the text below, so read on if you’re interested.

More importantly, I really hope you chime in on this topic yourself. Why do you think that the Xbox 360 doesn’t sell in Japan? 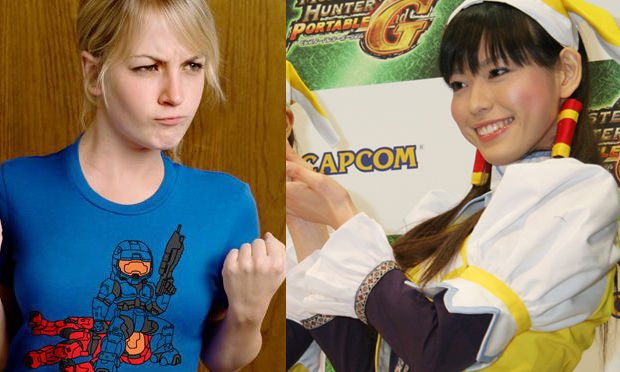 I think it’s fair to say that the main thing setting the Xbox 360 apart from its competition is Xbox Live. Xbox Live provides unprecedented levels of ease and convenience in connecting players to each other online. If you like to chat with your friends (or troll unsuspecting strangers) over the Internet while playing videogames on a home console, the Xbox 360 is undoubtedly your best bet.

All the features and perks that Xbox Live provides are a perfect fit for where Western gaming is right now. Realistic graphics, accurate motion controls, cinematic storytelling; they all fall short of the selling power of online competition and camaraderie. The way that each and every new Halo, Call of Duty, and Gears of War title of this generation has consistently outsold its direct competition is proof of that.

Though I’ve played a fair bit of Monster Hunter Tri and online shooters, I can’t claim to be an expert on either of them. That said, I think that the difference between the two series should be easy enough to point out.

The Monster Hunter games are strategic hunting simulators that don’t emphasize a need for online chat. All the communication you need can be performed through actions, or some pre-set commands. The freedom to keep your mouth shut means that you can play Monster Hunter on the train, in the company of your family, or in any public place, and not disturb those around you. You also don’t have to worry about saying the right thing, or being stuck in an awkward online conversation with acquaintances (let alone being insulted by strangers). 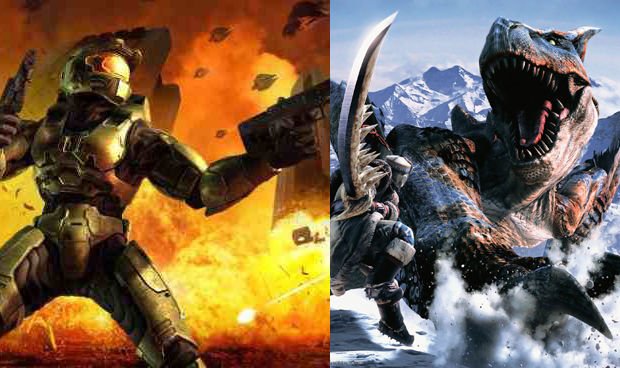 Instead of social intimacy, the Monster Hunter games allow the player to run free in beautiful environments, where they can either work in a small team, or independently, to catch or kill a variety of awesome-looking monsters. Perhaps most importantly, it’s all done in total anonymity. That experience is a great fit for Japanese gamers (for more reasons than I have time to list here). Monster Hunter allows players to connect with people, competitively or cooperatively, without having to be social in the process. That’s what gamers in Japan are looking for in an online experience, at least right now.

Gamers in the West are also looking for anonymity, but for different reasons. Online shooters give players the opportunity to say and do things that they wouldn’t (and probably shouldn’t) do in real life. Strap on your headset, shut the door to your room, and fire up your 360, and you can really dig into your most primitive, mean-spirited instincts — all in a safe and semi-private environment. As fun as that sounds, it’s just not something that seems to appeal to the Japanese audience.

Understatement of the year: I think it would make a huge difference for Microsoft’s next console if, in Japan, Microsoft secured an exclusive on the next Monster Hunter game. That may sound like it’s asking a lot, but we all know that Microsoft could make it happen if they wanted to. To Microsoft’s credit, they tried something like that with their deal with Mistwalker, but new IPs aren’t the answer. New IP doesn’t sell in Japan right now, particularly on home consoles.

In closing, a home console that has no Final Fantasy, Monster Hunter, or Metal Gear games, and a bunch of ultra-violent shooters in their place, will never sell in Japan, regardless of if it’s Microsoft, Sony, or Nintendo whose name is on the box. That’s not racism. That’s just the values of a different culture taking their toll on an otherwise fantastic console.