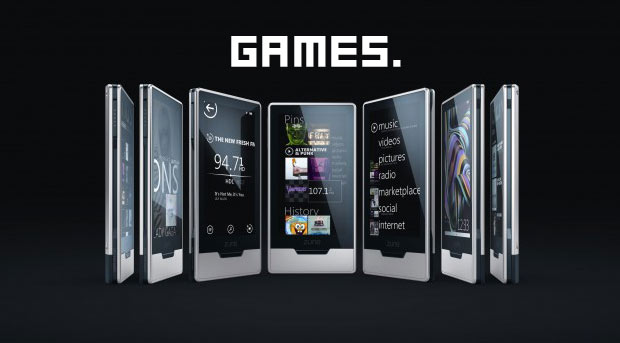 After months of speculation and rumors, a video spotted via Wired has finally confirmed that, yes, Microsoft’s Zune HD will be a portable gaming device.

The video above states right there in plain Englay at 32 seconds in, “Play games.” A Microsoft representative tells Wired that a handful of titles will be available right from the start when the device launches today. Gizmodo reports some of the first to be Project Gotham Racing: Ferrari Edition, Vans Sk8: Pool Service and AudioSurf Tilt.

This and a few other clips touting the Zune HD’s new features were apparently leaked over the weekend and then promptly snatched away again at the request of Microsoft. No point in keeping secrets now, as it’s hitting retail shelves as I type this. On top of games and HD Radio compatibility, the device also boasts Xbox 360 integration, with the ability to play HD video downloaded from Xbox Live.

No word yet on whether any of your XBLA titles will work on this thing, but given its touch screen interface it’s safe to say the iPhone may have something to worry about. We’ll keep you posted as further information rolls in. Hooray?