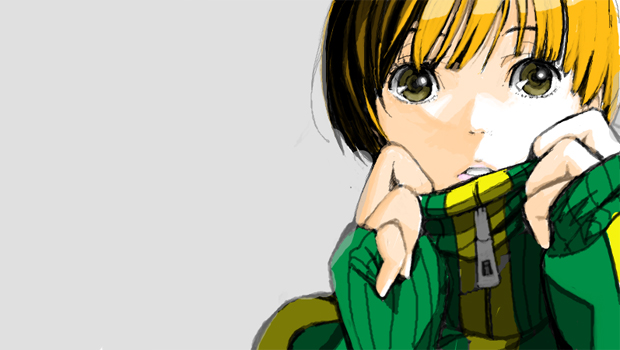 As was rumored and hinted at, there is, in fact, a Persona 4 anime adaptation in the works, and you can check out its website here.

Besides the announcement, of course, the page features the “First Four” cast members of Chie Satonaka, Yukiko Amagi, Yosuke Hanamura, and the protagonist, who, interestingly, is called “Yu Narukami”, rather than “Souji Seta”, his name from the manga adaptation and the currently accepted “canon” name.

So far all the voice talents from the game will be reprising their roles, including Yui Horie (Bakemonogatari‘s Tsubasa, Kampfer‘s Akane) as Chie, Ami Koshimizu (Spice and Wolf‘s Holo, Code Geass‘ Kallen) as Yukiko, Showtaro Morikubo (Naruto‘s Shikamaru, FF7: Advent Children‘s Kadaj) as Yosuke. And yes, despite his general silence throughout the game, he did have a voice actor, in this case Daisuke Namikawa (Black Lagoon‘s Rock, Bleach‘s Ulquiorra).

The series will come courtesy of studio AIC (Blood+, GUNxSWORD), directed by Seiji Kishi (Seto no Hanayome, Galaxy Angel Rune). As is only correct and proper, Shoji Meguro will be composing the music, and Shigenori Soejima will be providing the character design.

With these details in mind, you may now commence bitching and moaning that this isn’t Persona 5 or Persona 4 Portable.