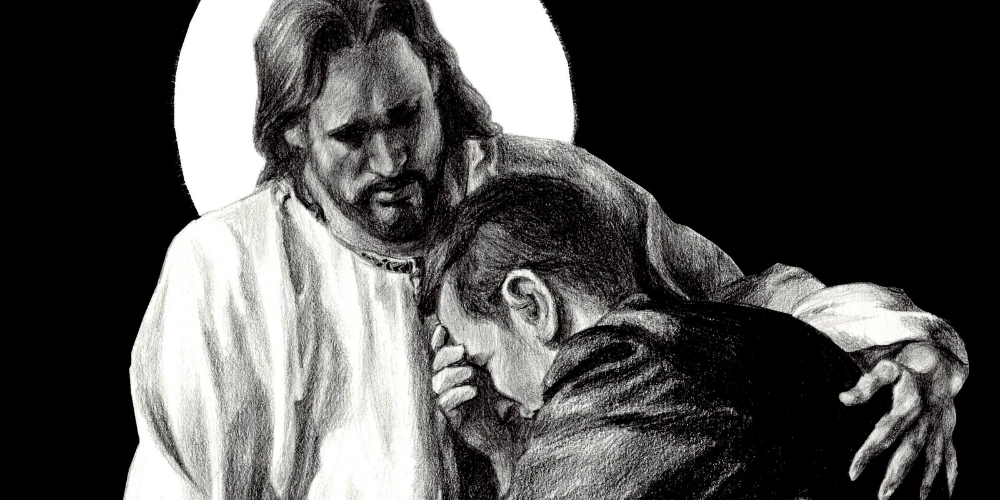 Earlier this month, Brett shared his love of Xbox Achievements with us, and cautioned that Microsoft’s rumored next-generation revamp to the system may end up ruining part of what makes them great. For Brett, the idea of Achievements soon spanning multiple titles or being added willy-nilly, post-launch by nefarious developers is a frightening prospect that any Achievement-loving completionist should fear. I couldn’t have agreed more.

So when Microsoft confirmed the rumor during their Xbox One reveal earlier this week, I was disappointed. And the more I started thinking about it, the more I started to realize that, dammit, we’ve been at this for long enough now to rightfully expect certain things from developers where Achievements are concerned. After seven years, shouldn’t we be past the growing pains? Shouldn’t they know what we want by now?

So with that in mind, I present to you my Achievement Whore’s Manifesto. Think of this as a list of demands for what we should expect to see (and expect to not see) in a game’s Achievement list in 2013 and beyond. I know not all of us agree on Achievements’ worthiness or impact on gaming, but I think we can all get behind the idea that a shit Achievement is a waste of everyone’s time, and if they’re here to stay, we might as well get the most enjoyment we can out of them. 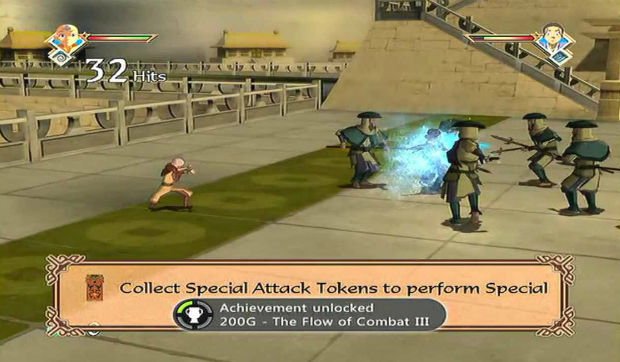 Whore or not, at least I’ve never stooped this low; no really, here’s the proof!

Confessions of an Achievement whore

Let me just make one thing clear before I go any further, in case there was any doubt: I fucking love Achievements. (And, to a lesser extent, Trophies — AKA the Ben Affleck to Achievements’ Matt Damon.) From the first time I heard that now-familiar “Achievement Unlocked” chime to the day I sent a little garden gnome into space, I’ve grown to love Achievement-hunting nearly as much as playing the games themselves, and I wouldn’t trade their existence for anything.

As an Achievement lover, I’m the first to admit that not all of them are created equal. Far from it, in fact. For every creative, challenges-the-way-you-play “One Free Bullet” Achievement, there’s a lazy, out-of-place “Hypercaffeinated” collection quest. I’m proud to say I earned the “Neighborhood Watch” Achievement in Half-Life 2: Episode 2 (and I did earn it), but the fact that I spent multiple hours of my life checking every nook and cranny for jars of Royal Jelly in the ultra-meh Aliens vs Predator to get the “Quite a Specimen” Achievement is something I certainly won’t be putting on my résumé any time soon.

I hate bad Achievements. Even more, I hate that — in spite of my distaste for them — I still feel driven to whore myself out for them in pursuit of my completion percentage. But it isn’t my fault; I’m wired this way. Luckily, all hope is not lost. At least, it doesn’t have to be. Here’s my list of demands:

One of the bigger annoyances for an Achievement seeker is seeing a “Kill X amount of Y” Achievement and having no idea how many Ys you’ve left to kill. As more and more games approach these (and other) Achievements with a simple, in-game tracking system, there is really no excuse for all developers to not follow suit.

One of the first (and still best) examples of this kind of tracking is evident in the latter Gears of War games. Beginning in Gears 2, every time you hit a pre-defined milestone towards an Achievement, a small, unobtrusive overlay would appear on the screen alerting you to your progress. Talk about convenient! And if you somehow missed the pop-up, you could easily head into the in-game journal and view it again there. Brilliant!

Thankfully, this system has been implemented in more and more games as of late, but there are still a few notorious exceptions by developers who seemingly missed the memo or still insist on exporting their stats to secondary apps. (Looking at you, Halo Waypoint.) Take note, developers: we’re watching you! So isn’t it about time you started watching us? (No, not like that.) 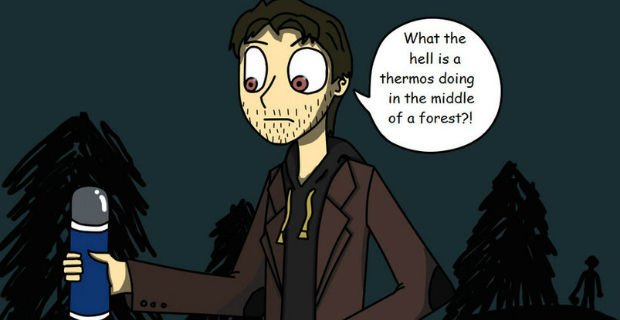 Nothing is more aggravating than a time-wasting collection quest with no in-game explanation, logic, or reward. While many games at least attempt to award you as you “find all the things” via incremental upgrades to your stats (see Crackdown, Enslaved, and Infamous) and others go one step further and tie bits of additional story to each item found (see the BioShock and Arkham games), others still have no value for our time at all, and it’s time to put that trend to bed.

Sure, it may have been fun for Remedy to hide a hundred coffee thermoses in the forests and trailer parks of Alan Wake, but was it fun for us collecting them? Hell no! And how about those pieces of “intelligence” you have to find in every Call of Duty game ever made? Doesn’t sound too intelligent to me!

There’s really no need for these boring, time-filling side-quests. Developers, if you’re worried your games will be too short or have less replay value without these mindless collect-a-thons, then that probably says more about your game than anything else. So knock it off!

The part where he kills you

Not only was this distracting as hell, but it pretty much told me “OK, game’s over. You can put the controller down now.” Why not wait until after the cutscene finishes to tell me all this shit? It was sloppy and annoying, and we deserve better.

On the flip side, Portal 2 is a great example of a game that capitalized on the Achievement system to great success. By timing their notifications perfectly to specific pieces of dialog or in-game actions, Valve added extra emphasis to already humorous and noteworthy scenes. More of that, please!

This is a pretty controversial one, but in my experience, Achievements that can only be unlocked while playing online are a completionist’s worst nightmare and should be abolished from the planet immediately. Yes, abolished!

Why, you ask? Look back at this SPORTS! story from early 2010 (thanks, Samit!) as an example. If you remember, owners of NBA Live ’07 gathered in Achievement trading forums across the web to make one last push to unlock the “1,000 People Online” Achievement, which required — true to its name — 1,000 people to be online and in the game simultaneously.

Because EA was about to shut down the servers for the three-year-old SPORTS game, this movement was literally gamers’ last chance at the Achievement (which, in the end, they successfully unlocked for 100 Gamerscore). But what if Good Guy EA hadn’t given a warning in the first place? What if a publisher just turns off its servers one day for no reason at all? Or what if people just stop playing a game, as is too often the case for most annual sports games and shooter franchises? Bye bye, Achievements.

This has personally happened to me on more than one occasion. I buy a lot of games used, years after their release. How many of them do you think still have active servers? Yeah, not many. Single-player only Achievements — or even ones that can be unlocked via split-screen or system link — are the only remedy. 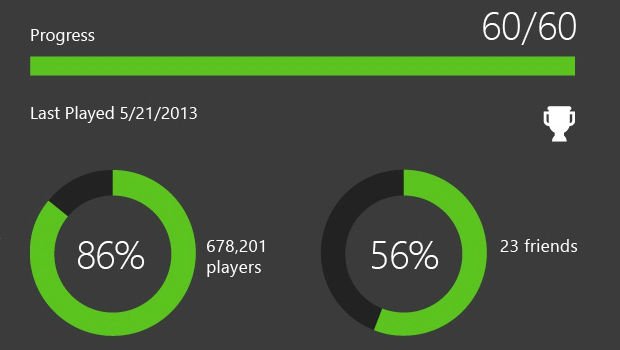 And finally, we get right to the heart of the matter. As a completion-obsessed gamer, it is disappointing knowing that the next generation is going to fuck with my stats. It’s already bad enough that I can 100% a game only to have DLC come by and piss on my parade, but the idea of Achievements being tied to multiple games and susceptible to constant shuffling of the numbers? I might as well just give up now.

I understand the appeal of these so-called dynamic Achievements; I really do. It’s more interactive (read: social), and it will no doubt inspire a new generation of gamers to achieve even more… uh, Achievements. But for me personally — the guy who was so mad when Fable 2‘s add-ons released and I lost my 100% completion percentage that I bought the DLC even though I knew it would probably suck — well, I don’t even think I need to finish that sentence.

I think I may have a problem.

And that’s it for my list! What about you? Have any Achievement pet peeves you’d like to see addressed with the next generation? Sound off in the comments!