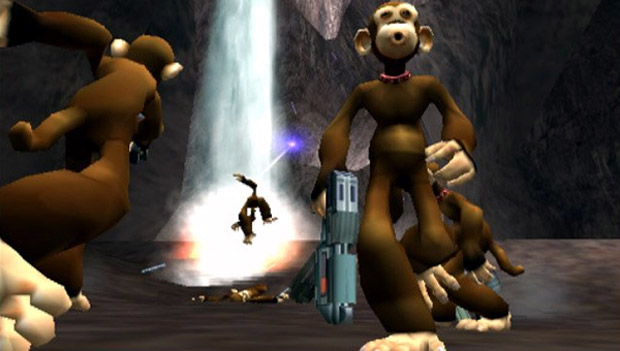 Can we have a story about TimeSplitters that isn’t disappointing?

Speaking to GamesTM, former Free Radical staff Steve Ellis and Karl Hilton gave two of the major reasons why the TimeSplitters hasn’t moved forward. In the early stages of development, “A small playable demo was shown to several publishers, but it didn’t attract any publishing deals,” Ellis commented.

“We pitched [TimeSplitters] to a lot of publishers, and from each of them we got the same two responses,” explained Hilton. Firstly, they would ask what happened with Haze. We were the company that made a series of high-rated shooters and then we had released Haze, which wasn’t as well received. This worried them.

“Secondly, their marketing person would say something alone the lines of, ‘I don’t know how to sell this.’ The unanimous opinion among all publishers that we pitched TimeSplitters 4 to is that you can’t market a game that is based around a diverse set of characters and environments — you need a clear and easily communicated marketing message, and TimeSplitters doesn’t have one.”

I see where the marketing folks are coming from to some extent, but it’s not like TimeSplitters is a new IP — far from it. With the right budget, I have to believe it could still do well. Hell, re-release one of the prior installments digitally to test the waters. As for Haze … well, yeah. Those comments speak for themselves. That said, surely lessons have been learned from the experience.