When World of Warcraft added more world and community-based quests, the whole experience got a lot more fun for me. As someone who mostly doesn’t group up in the overworld, it’s nice to organically participate in events without having to go through the rigours of joining or creating a group: and that’s just what the Community Feast adds to WoW Dragonflight. Here’s how to get it started, and how to finish it.

How do you unlock the Community Feast in WoW Dragonflight?

You’ll unlock the ability to participate in Community Feasts through gaining Iskaara Tuskarr (the Azure Span faction) reputation, and ranking up to renown level three. All you need to do to get to that point is complete several quests in Iskaara itself: just run around and take all the quests you can find that add reputation as a bonus, and between those and the core Azure Span storyline (roughly 75% into the main story quest), you’ll have enough to bump you to level three.

Once you’re there, speak to the NPC Big Kinook at 13.5, 48.5 in Iskaara, who will cast the instant spell of “Community Feasts” on your character, unlocking them. 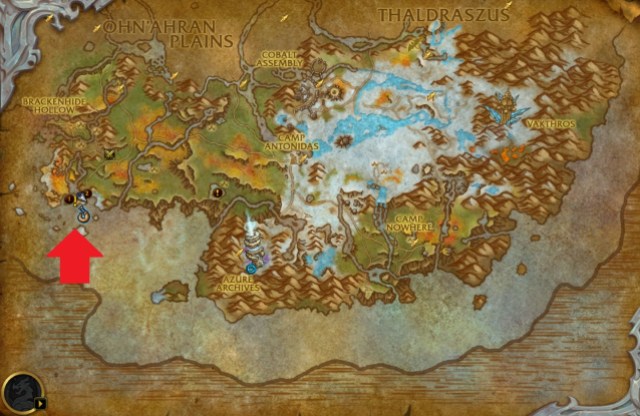 Where to find the Community Feast, and how to finish it

Kicking off every three and a half hours, you’ll be notified in-game by Blizzard with the Community Feast is about to begin. At that point head back to Iskaara (location on the map above). The exact coordinates are 14, 49, in The Azure Span.

When it starts, follow the on-screen prompts to complete tasks: at the end, you’ll get Iskaara Tuskarr reputation/renown (25), and a buff of HP regen and versatility. A weekly quest will grant you 500 renown, as well as a pack of supplies (a Supply-Laden Soup Pot).